It’s so easy to get information regarding the nutritional needs for endurance athletes. Nutritional advice for bodybuilders is literally everywhere you look online (although most of it is wrong). But what about power athletes? What about athletes who compete in high intensity sports? I am referring to the powerlifters, weightlifters, sprinters, throwers, and even to the football players. This article is for you.

I believe nutrition is a tool that could easily be used to maximize an athlete’s potential. I have so many athletes who tell me they want to medal in the Olympics, win world championships, and break world records. They tell me they will do whatever it takes. They tell me so much!

I always respond that the true champion will do what everyone else refuses to do. Everyone trains hard, so don’t tell me about your work ethic. You should love your sport, so training hard is easy. What about the mundane things like nutrition, sleep, and recovery? Don’t tell me you want to be a champion and then fail to keep a food journal. I am simply not going to believe you.

I have watched several athletes win national championships, make world teams, and have really amazing careers. However, I have never witnessed someone become incredible without becoming a master of the mundane. Tommy Bohanon spent seven years in the NFL, and I can promise you he did the mundane things and a lot more. Greg Olsen is one of the greatest tight ends in NFL history. Coach Joe Kenn told me that Olsen takes personal responsibility for every area of his health and wellness.

I think I have made my point. This isn’t an article to make you feel bad, but I wanted to set the record straight. Now let’s look at the different components of nutrition, and hopefully give you some insight on making nutrition decisions for yourself or your athletes.

LEARN HOW TO FIT A PROGRAM TO THE ATHLETE 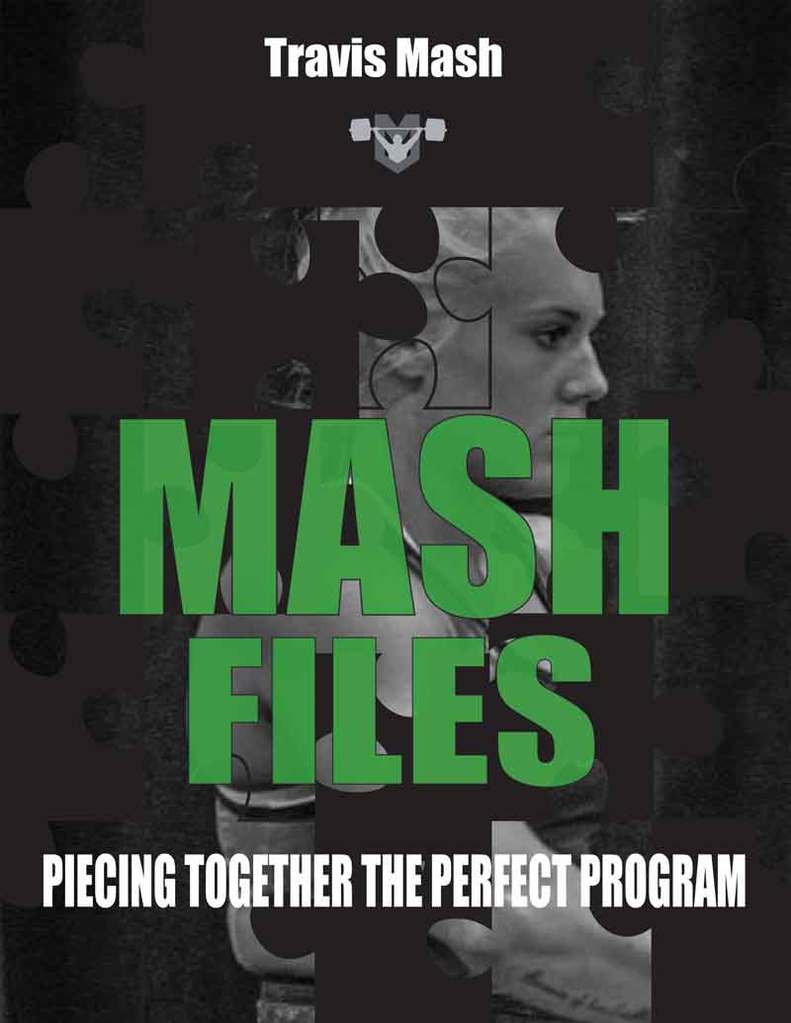 Peek inside Travis's brain... and learn how to individualize your own programs to fit an athlete's strengths, weaknesses, age, gender, sport demands, and unique response to training.

The two main systems involved with power sports and high intensity sport athletes are the creatine phosphate system (PCr) and the Glycolytic System. Both are, of course, anaerobic (meaning they don’t rely on oxygen). But that doesn’t necessarily mean the aerobic system is useless. The aerobic system, like the glycolytic system, uses oxidative phosphorylation to breakdown carbohydrates, fats, and even protein into Adenosine triphosphate (ATP) with the help of oxygen. All three systems have the job of creating ATP (aka energy), and the way we fuel our bodies is directly related to how efficient those systems work.

The PCr system is the one of importance for short duration single efforts like in the sports of weightlifting, powerlifting, throwing, and even short sprints. PCr is stored in the muscles and consists of a creatine molecule combined with one phosphagen molecule. The PCr provides the fuel for the first 10-ish seconds of a high intensity event. The means that PCr donates the phosphagen molecule to ADP to form ATP and continued energy.

(If you guys want me to explain these energy systems in detail and in a way that you understand, let us know at info@mashelite.com. I will get right on it.)

The glycolytic system kicks in after the PCr stores are burned up. This system is fueled by the glycogen stores in the muscles. Glycogen is what carbohydrates (CHO) are stored as in the muscles and liver. CHO are stored as glucose in the blood, which transports the glucose to the cells throughout the body including the brain. The brain’s sole source of energy is also glycogen. 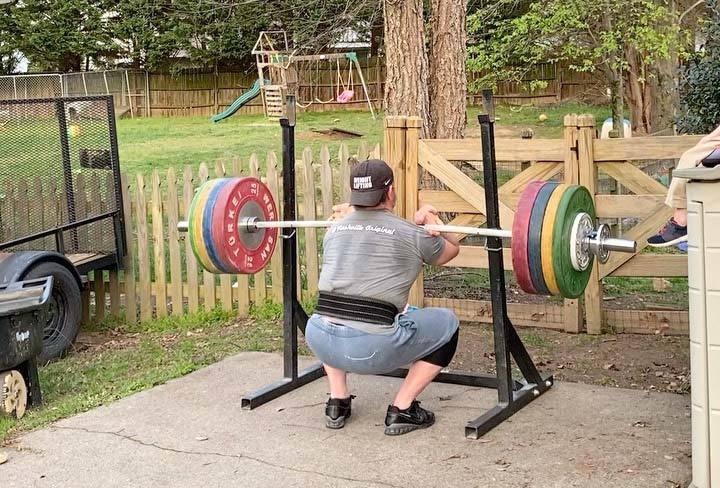 I won’t go into detail in this article on the aerobic system – but I can say that in regards to recovery, it’s a good idea to do a little low intensity aerobic work. The increased capillary network aids with recovery and ridding the muscles of waste. FYI, more recovery equals a greater capacity to train. In a sport where the highest volume wins, that’s a big advantage. Obviously people have won world championships without aerobic work, but that doesn’t mean it’s useless. Sometimes it’s the guy or gal who does every single thing right who ends up on top. You simply have to ask yourself if you’re willing to do those little things.

Now that we have the different energy sources cleared up, let’s take a look at the macronutrients and micronutrients suggested for powerful athletes.

For carbohydrates, 5 to 7 grams per kilogram of bodyweight per day is the recommendation. There are no concrete studies that would support going above this amount for power and/or high intensity training. Glycogen is important, so I wouldn’t go below this amount. However, with eating between 5 to 7 grams/kg/day, you will have plenty of glycogen storage in the muscles to produce ATP for movement and plenty in the brain and the PNS to keep the neurological system performing.

For weightlifters, powerlifters and throwers who are involved in sports where the duration is just a few seconds or less, the recommendation is to stay closer to the 5g/kg mark. If you are a sprinter entered in events greater than 10 seconds or practice with repeated bouts and longer distances, the recommendation is to stay closer to the 7g/kg amount. If you are competing and/or have multiple bouts of practice or events, some studies would suggest having some CHOs between sessions at 0.7g/kg for recovery and replenishing of glycogen. I would like to note that extra CHO consumption hasn’t been shown to have any performance benefits, but on the contrary the extra weight gain that might follow could hurt performance.

This is where all protein isn’t created equal. Red meat, chicken, fish, and eggs are all rich in EAAs along with whey protein if you supplement. The recommendation is 1.8 to 2 grams per kilogram of bodyweight. Based on the latest information, if you are trying to cut weight and maintain muscle mass, upwards of 3 grams/kg have been shown to have good results. Not to mention, the extra protein has been shown to increase the thermic effect of food and to increase satiety. If you want to get jacked or stay jacked, this is one area you want to focus on. When you train, muscle protein breakdown is occurring. Complete sources of protein are the building blocks needed to repair damaged muscle fibers, making them bigger and stronger than ever.

What about fat? After you determine your daily caloric needs and figure out the two recommendations for CHO and Protein, the rest will come from fat. There isn’t a big need for fat when it comes to power sports. These sports are too short in time duration to ever get into the aerobic phases where fats are used efficiently for energy. Fat is needed for other processes in the body, so I am not recommending a fat-free diet. However, fat isn’t going to be the priority.

Get nutrition coaching from the Mash Mafia.

* Expert Coaches to Guide You

Now this is where most of you miss the mark. Dehydration levels of less than 1% can have negative effects on power athletes. At levels of 3-4% muscular strength and power is majorly affected. One ounce per kilogram of bodyweight is a safe amount. I recommend drinking 20% of that amount four hours before training or competition and 10% two hours before. Then continue to drink water throughout training or competition. Many studies have shown several top athletes lacked optimal hydration.

As far as supplements go, obviously creatine is a good idea. This will saturate the muscles with more available sources of PCr in the muscles, which as we stated above is the critical energy source. Whey protein is filled with EAAs, making it a smart choice for athletes needing help getting in the proper amounts of complete protein. Vitamin D might also be a good micronutrient to supplement, since we found many athletes are slightly deficient.