How Does Jordan Cantrell Continue to PR Weekly?

How Did Jordan Cantrell Add 30kg in 28 Weeks to His Total?

These past couple of weeks has been pretty amazing for Team Mash Mafia. Nathan Damron hitting a lifetime PR Total of 358kg and finishing 8th in the World Championships comes to mind. Brian Reisenauer competing in his first International Weightlifting competition and finishing 9th in the World is another. Mason Groehler dropping down to the 69kg class at the American Open and sweeping Gold as a Junior was sick. The development of our Youth Team has been nothing short of miraculous. I am proud of this entire team.

Our coaches Don McCauley, Vinh Huynh, and I have worked hard to prepare these athletes. We have also improved as a coaching staff, and I think the number of athletes that we have sent to International competitions shows this improvement. Our goal is to never be satisfied, and I believe that neither of us is even close.

All of this is great to reflect on here at the end of the year, but there is something that sticks out in my mind. Jordan Cantrell rocked the American Weightlifting World at this past American Open winning “Best Overall Male Lifter”. He was originally chosen to be on the World Team, and was ranked 8th. However the US coaches have the right to pick the final roster from the top 10 qualifiers. Based on the predicted entries, the coaches chose to go with Brian Reisenauer instead. Brian is one of our other lifters, so obviously I was happy for him yet sad for Jordan.

A lot of lifters would have been pissed and pouted around for two weeks, but not Jordan. We both knew that he was in shape to do a lot more than Mike Gattone or Pyrros had seen him do, but they had to go by concrete numbers. I get that. However, I don’t think that they will make that decision with Jordan ever again. 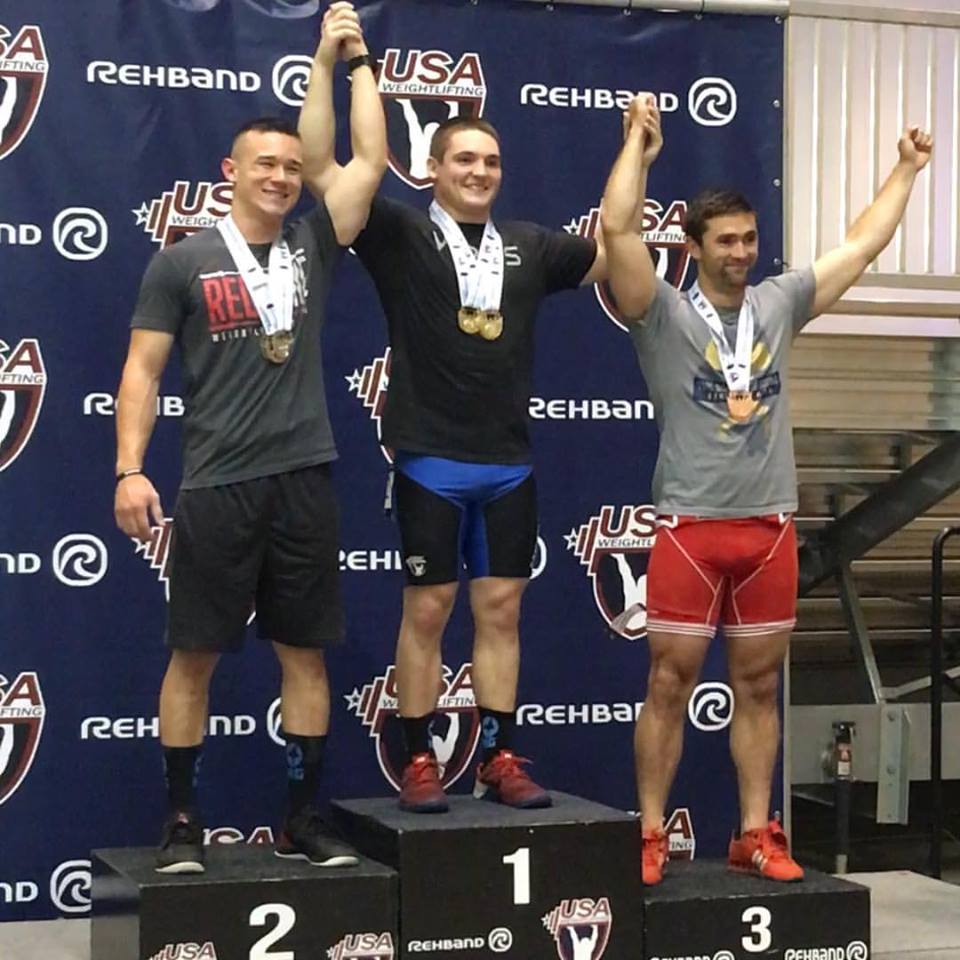 Instead of moping around, he trained like a mad man all during the World Championships. He hit a lifetime PR of 162kg in the Snatch, which was a 4kg PR. He Clean & Jerked 190kg easily, and basically Clean & Jerked 193kg minus making a really silly mistake on the jerk recovery. We focused on speed in the squats while dropping the intensity. This kept his legs strong, but allowed for recovery. This entire training cycle was perfectly calculated.

Yes that’s 30kg in 28 weeks of training with me. I took him on 16 weeks prior to the AO Series 3. I’ve wanted to coach this young man since he was on the Junior World and Pan Am Teams that I coached last year for Team USA. He is every coach’s dream as an athlete.

This brings me to the reason for writing this article. It’s not to just brag on Jordan and our other team members. I wanted to 1. explain what makes Jordan a great athlete for a coach, and 2. give all of you some insight on how his program worked so well. I hope that as athletes you can learn some tips on becoming better, and all of you coaches can maybe take a few nuggets to apply to your own programming.

Being a great athlete is more than just coming in the gym on a daily basis and throwing weights around. Heck all of us do that. A great athlete focuses on every angle. A great athlete doesn’t allow any distractions in their life. I’m telling you that it’s a pretty boring life 99% of the time. You are eating, lifting, or training, and that’s just about it.

Jordan is the most mature 21-year-old that I know. He’s in college working towards a degree. He’s not taking 16 hours a semester, but he’s still working towards his degree with a focus on training. In his down time he personal trains a few clients, hangs out with his girlfriend, and plays video games. Oh yeah he can also cook some mean Italian food. 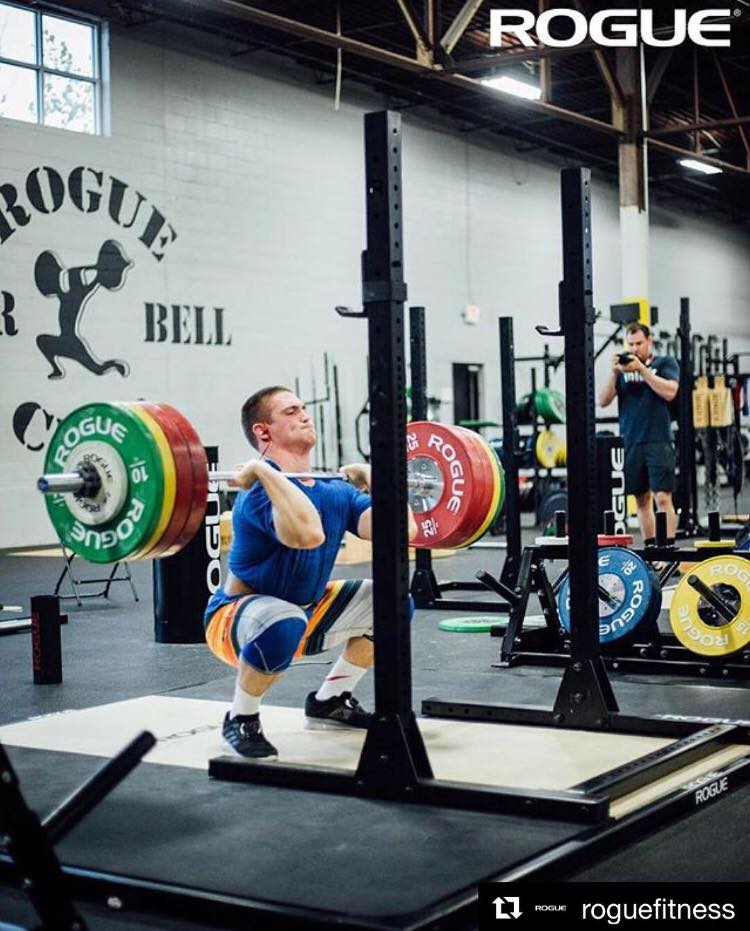 My point is that he doesn’t get distracted partying. He doesn’t hang around people that could possibly drag him down. His family is totally supportive as is his beautiful girlfriend Jamie. His friends are supportive. You see my point. Too many athletes do everything right except for this. They train hard, but then they party all night. You can still be pretty good like this if you’re a good athlete. However, Jordan isn’t interested in being good. He’s all about being great.

Another thing is that he chose me as his coach, and he has put trust in me. If you want someone to coach you, you have to give him or her trust. It’s the only way for things to work. You can’t do some of what they are asking, some of someone else, and a little of what you want to do. There is no way to tell what’s working, and what’s not that way. It’s all in or nothing. I have made several mistakes by allowing this to go on. Never again!

A good coach has a plan. At least they should have a plan. They have chosen a particular volume based on feedback, observation, and past experience. If you add or subtract from that volume, it makes quantifying results downright impossible. It flaws future programs as well. I am working on a plan for Jordan that takes him right up to 2020. If he varies without me knowing, it throws off any possible changes that I might make. If things are going well or if things are going poorly, I need to know why. Is the volume too much? Is the volume too little? If athletes aren’t following the plan, then who the heck knows?

The key is communication. Jordan works with me via my Online Team. He probably communicates with me more than my onsite athletes. I am talking to him while I write this on Instagram. If he has questions about something in his program, he asks, and we discuss. This has allowed us to avoid exercises that seem to beat him down leaving us with movements that get him strong and make him a better weightlifter.

This brings me to some changes that we’ve made to his programming, and some changes that I have made to most of my athletes moving forwards. The first one is the way that we peak squats. I used to peak the competition lifts, squats, and pulls at the same time. It worked well for most lifters, but we have found that something works even better.

I like longer training cycles now. Twenty weeks is perfect. It’s hard to squeeze in twenty weeks with the way that the competition season is set up, but we try to do it at least once per year. Here’s the way things go in a perfect world:

Weeks 1 thru 12 we focus on getting our athlete’s squats as strong as possible along with pulls, presses, and any weakness that they might have. During that time we focus on technique in the competition movements with the goal being no misses. We will perform an accumulation phase, a hypertrophy phase, and a strength phase. We are looking for 1-repetition maximums on the main strength movements during week 12.

Weeks 13-20 our focus shifts mainly to the competition lifts. We still perform squats and pulls, but we strategically choose percentages and velocities that focus on increases in speed and maintenance in strength levels. The majority of volume is reserved for the competition lifts. We just found that it was too hard on the CNS’s of the majority of athletes. Plus it was mentally just too tough to be trying to set records in the snatch, clean & jerk, squats, and everything else.

This approach has led to the most success. It has also led to less mental and physical fatigue. I hope that these tips help you guys. I think that most of this can be applied to weightlifting, powerlifting, CrossFit, or any type of strength training. I am excited with the results of 2017 for my athletes. I hope that 2018 is even better for us, and all of you.

or Check out one of our Online Teams and Nutrition Programs at: