This week we released the Online GridStyle Team, and it is awesome! Come get a program that is tailored to your own genetics to make your strengths stronger while eliminating all weaknesses! Check it out:

Remember we will be in Kissimmee, FL on March 28-29 at Obsessive CrossFit Disorder, and then Zach Even-Esh and I are teaming up May 16-17 for the best Certification Ever! Check out all of the Learn 2 Lift Certs. below: 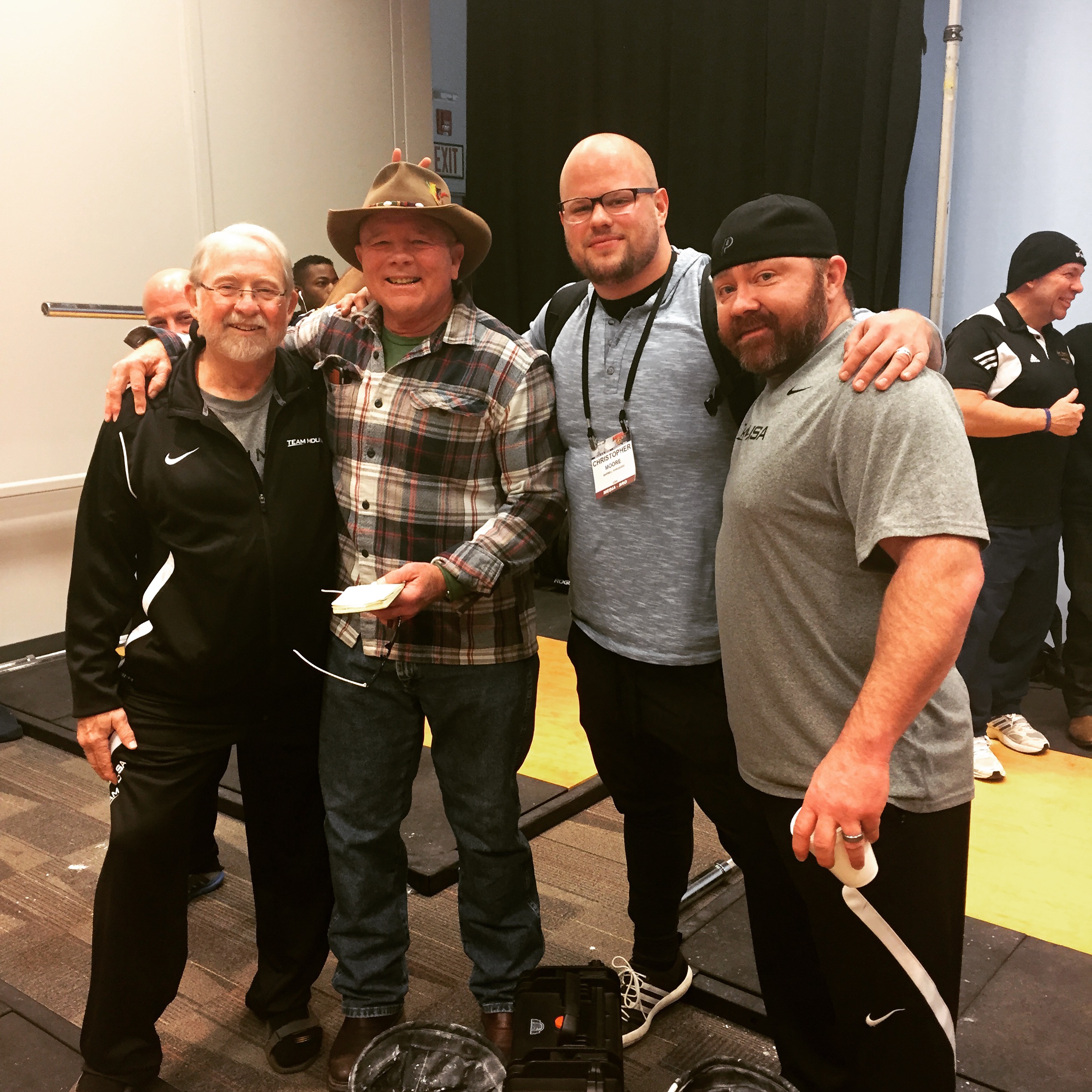 The 2015 Arnold Classic was full of adventure, wins, losses, and expanded melting pot. This year was my ninth trip to the Arnold Classic two times as a coach and seven times as an athlete. It holds a special place in my heart because my 2005 World Record Breaking Performance as a Powerlifter ignited my career as an athlete. I will say that without a doubt it is much easier to be the athlete than the coach.

My goal as a coach is to pave the way for incredible accomplishments by my athletes. I want them to experience the feeling of setting goals, working towards those goals, and standing on top having reached those same goals. I want to teach them how to do it without a lot of the negativity that I experienced. Basically I want only the best for each and every one of my athletes.

I say this because watching my athletes kill it is an amazing experience that only a coach will ever experience. However, when one of my athletes doesn’t quite hit that mark, my very soul aches for them. This weekend I experienced both ends of this coin. This feeling is what encourages progress because I will not stop until every single one of my lifters reaches that pinnacle.

The trip started out as a complete adventure. Team MDUSA drove up in three vans. Normally the drive from Charlotte to Columbus, OH is a smooth and easy trip. When we all met at the MDUSA Complex, the temperature was an awesome 65 degrees. About two hours into the drive, it was a frigid 30 degrees. That is when the rain turned into pellets of ice. Then it was ice and snow, and finally just snow and lots of it.

We probably saw 30 wrecks on the way to Ohio. One of the wrecks was a massive tractor and trailer completely on fire. A little ways down the road we saw a young man beside the road after having crashed his car. We pulled over to see if he was ok. The poor dude must have been in shock because he asked us if we had any rope to pull him out. The problem was that his car was destroyed, and he was buried up to the windshield in snow. Let’s not forget that we were driving a mini-van, but luckily some other people pulled over and called him a wrecker. 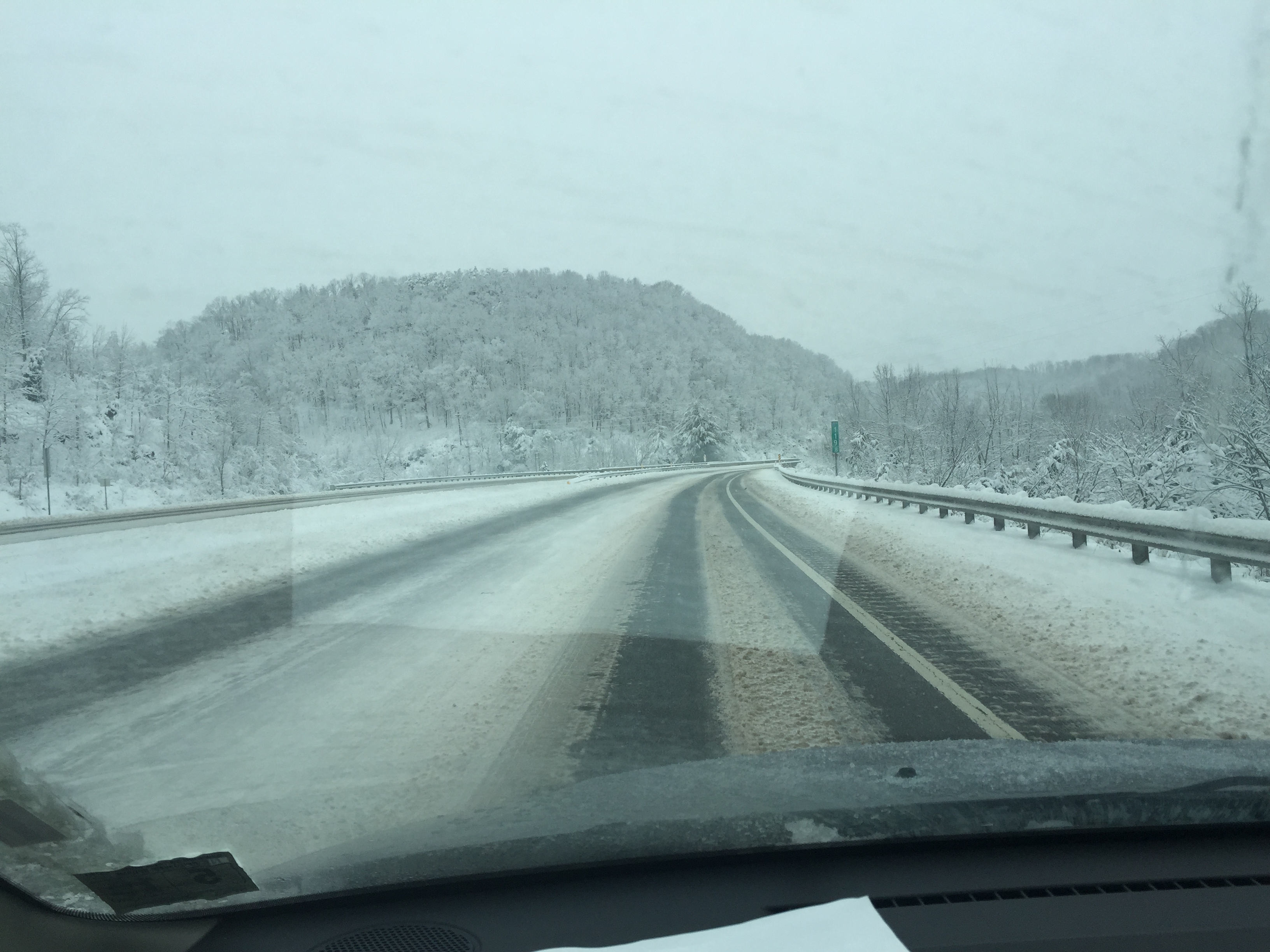 Finally we reached Ohio, and it was like the clouds opened up and the angels were singing. The snow was gone, and the roads were clear. Ariel Stephens was in my van. She is from California, so she isn’t used to blizzards. Let’s just say that she was very excited to see good roads. We all were!

The meet itself was full of up and downs, learning experiences, seeing old friends, and meeting some new ones. The Arnold is not the typical meet. There aren’t any weight classes. Everyone is being judged off of the percentage of the World Standard in each weight class. There were only prizes for the top seven women and men. There were also some select athletes competing for spots on the Pan American Games Team. There were only 3 spots for men and 2 for women, so these guys and gals were going big.

The whole meet was designed to have lifters shooting for big numbers. A small total gained nothing for the lifter, so we were shooting big. This type of competition normally has people setting new Personal Bests or bombing out. This is an exciting format to watch, but a lot of times it leaves the athletes wondering what just happened.

The Pan American sessions were probably the most stressful sessions that I have ever coached. There was a chess game being played by all coaches in the back room. The lighter athletes required the most guessing. We already knew the numbers that it took to beat the existing placements, but we also had to predict what the heavier athletes were going to hit later in the day. It was a numerical nightmare, but it was also very exciting.

Ariel Stephens was the meet MVP in my opinion. She hit a meet PR Snatch of 91k and a meet PR Total of 206k. However the gutsiest lift was on a 122k/268lb Clean & Jerk attempt. She needed this lift to make the team. She took it on her second attempt. Number one this was a monster jump of 7k, but we wanted to give her two cracks at it. The first attempt at the weight, Ariel got spit out in the bottom of the clean.

As here coach, I was a little worried. It looked like that it was just a little too much for her on this day. At a time like this, a coach wants to keep the coaching to a minimum. I see a lot of coaches make the mistake of over-coaching. When an athlete is at 90% of above, there are already to many things going on in the brain. My advice is to coach big at weights that are 85% and below. Then keep it simple from 85% and up.

Don McCauley and I kept it simple. We told her to apply more acceleration, and to step up and compete. Compete she did! She killed the clean, and stuck the jerk for a split second. Unfortunately it was just slightly in front, so the weight fell to the floor in what seemed to be slow motion. I was still so proud of her. Ariel is a competitor, and she proved it at this meet.

Travis Cooper tied his PR total of 324k. That total was good enough to place him second place on the team going into the heavier weight classes. Travis had multiple chances to total 328k+, but he was just slightly off that day. His training went super well, so it is just a matter of time that he puts up 330k+.

James Tatum had a rough day in the Snatch and ended up bombing out. Normally that’s a bad thing, but remember we were asking these guys to open higher than normal and make riskier jumps than normal. James actually opened at a meet PR Snatch of 150k/330lbs. That’s a risky move, but he needed at least 150k to make a spot on the team. He is totally capable of 155k because he has made that in training. The bright side for James is that he is just now getting back into prime form, so he will be super ready for the next event. Jared Fleming also had a rough day at the office getting bumped from the number two position, but he will get another chance as well.

Luckily for the whole team, there is another Pan Am Qualifier in May, so these guys and gals are back to the grind today. I feel confident that each of them will be able to give this team a real run in May. As coaches we look at the meet and the training that led up to the meet. We will make the proper adjustments for each athlete, so that they can address their individual limitations. With the Olympics coming next year, these international competitions are incredibly important. An athlete needs two under their belt to be considered for the Olympic Trials.

Most of our other athletes did really well. Rebecca Gerdon set a one kilo total PR. Lauren Rutan set a 7k meet PR. Lindsey Stroker set a meet PR while going 2 for 6, so she has a lot more in the tank. My man Mike Szela only snatched 111k, but he killed a 150k Clean & Jerk, which was a big Post Knee Surgery PR.

Tayler Harris was in a brand new weight class of 69k, which I believe will have her sitting pretty by the end of the year. She snatched a nice 84k, but couldn’t stick a jerk on this day. Like I said before, we were going for it at this meet. We opened her up big, and went up after each miss. Why not? We had nothing to gain from a small total. The whole meet was nothing but a gunfight. Personally I like the format. Go big or the heck home man!!!

Sean Rigsby for the first time in several meets didn’t PR. However two weeks ago this guy was going through a very aggressive strand of the Flu. One week ago, he wasn’t able to complete the pull of an 180k Clean, but at the meet he killed an 185k opener. In my opinion that took a massive amount of heart, so that’s a win in my book. Matt Bergeron was also in a new weight class. He dropped down to the 85k class, and let me say he was looking jacked and tan. He hit a modest 120k Snatch and 150k Clean & Jerk, but he is good for 135k+ and 160k+ in the near future. He will just need to get used to the new class for a bit.

Rachael Davis hit 87k in the Snatch and 111k in the Clean & Jerk for a 198k total. We were a little more conservative with her because we wanted to build a little confidence. I believe that it worked. She is capable of 210k+, and I believe that you will see that soon from Rachael.

As you can see, there were some ups and downs, but there were a lot of bright spots to build from. The meet was also full of seeing old and some new friends. I had the honor of meeting Coach Mike Burgener. He took the time to teach me the technique that he used for the old Clean & Press. It was such an amazing experience. It was also a blast hearing him and Don McCauley talk junk to one another.

My favorite part of the whole meet was the time that I had to bond with the entire team. We seemed to have a lot more time at this meet to just hang out and talk. I feel so much closer to the team as a whole, and I can truly say that I am honored to be a part of such an amazing group of men and women. There isn’t one person on this team that isn’t willing to do whatever it takes to reach greatness. As always my time with the other coaches, Don McCauley and Glenn Pendlay was a time of increased knowledge of the sport. Hanging around these two International Coaches has been most enriching and educational experience of my coaching career. Every day I learn something new. Each time that I travel with them my knowledge of the sport, its history, and my love for everything about it increases threefold. I thank the owners of MuscleDriver USA for giving us all a chance to live out our dreams.

Look guys join our online Mash Mafia Team! We are just a bunch of athletes wanting to reach our own specific goals. Some of these guys and gals are weightlifters, powerlifters, CrossFitters, and some are just trying to get jacked. Go to www.MashElite.com/join-the-online-team/.

If you want to join the best Online Teams in America, Click on the Links Below:

Eat & Lift What You Want

My Learn 2 Lift Seminar Series kicks off again in March. I will be at Obsessive CrossFit Disorder in Kissimmee, FL March 28-29. Go to www.MashElite.com/seminars/ to sign up!