Two weeks ago today, my athlete Ryan Grimsland took to the platform in Bogota, Colombia at the IWF 2022 Senior World Championships. By now most of you that have followed his progress know that he bombed out for the first time in his career. It was clearly a traumatic moment for both of us. My wife, Emily Drew and I just hung out with his family last weekend, and his mother, Jessica, told us that his grandmother was watching the event, and she teared up from the look on my face. It blew me away that someone could feel the pain I was experiencing through a screen, but I can confirm the look she witnessed was a solid impression of the pain I was experiencing inside.

It has taken two weeks for me to put in words my thoughts on the competition. I didn’t want to make the mistake other coaches and athletes have made in the past by listing excuses in hopes that the weightlifting world might give us a pass. The truth is that no one really cares except for Ryan, me, and our close family and friends, so there is no point in giving excuses. The only thing that comes from excuses is more mistakes from the same actions. Therefore, I have analyzed every step that led to this performance.

That performance wasn’t the result of a bad day, but instead the bomb out resulted from a series of mistakes that started all the way back at Senior Nationals and maybe from a year of decisions. I take full responsibility for what happened because it was my decisions that led to the performance. I was simply going off past experience versus looking at what was clearly being played out right before my eyes. In my experience, Junior athletes (18-20-years-old) can compete very frequently and almost assured of progress. Therefore, my goal is to get the most progress during those years, and then slow down to a more manageable peaking schedule. Sadly, I was one meet short. 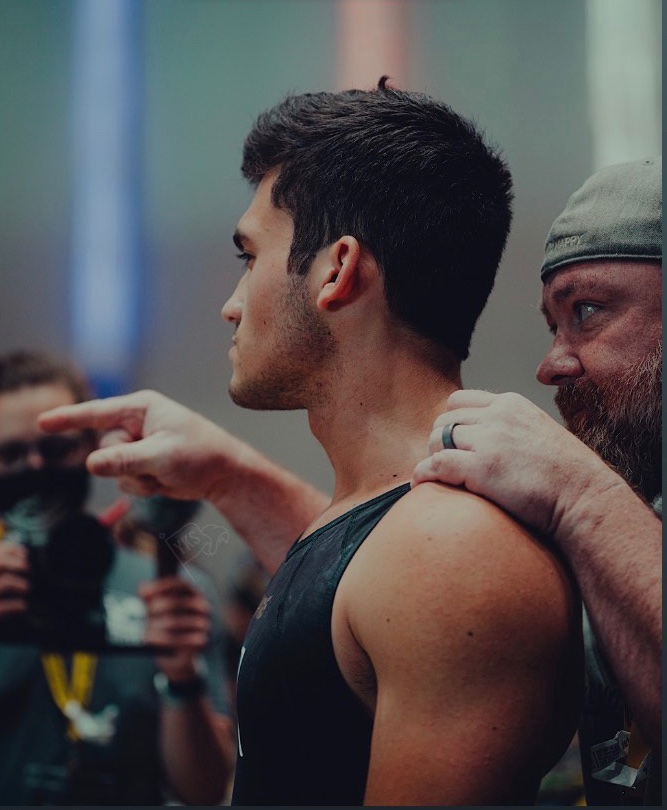 Overall, 2022 was the most incredible year for progress that Ryan has ever experienced. In March at the Arnold Classic, he performed his first official meet as a 73kg athlete, and man it was a meet that most people will never forget. He totaled a monstrous 320kg for a 23kg PR total. Then two months later, he increased that to 327kg at the Junior World Championships in Greece and almost to 332kg getting called for a press out with his 187kg Clean & Jerk. However, this was the last meet where things went as planned.

We decided to do the Senior Nationals at 81kg just a couple of months after Greece, and looking back this was the first major mistake that I made. He was dealing with some major hip issues, but we were able to put a band aid on his pain by using soft tissue work enabling him to hit another PR total of 330kg a massive 33kg total improvement from the year before. He was able to win the Senior Nationals at 81kg, but there really wasn’t a purpose for the meet. We were hoping to compete against CJ Cummings, which would have been a fun battle. However, I should have pulled Ryan the minute CJ pulled out, or really, I should have pulled him regardless the minute he was dealing with the extra hip pain.

From that moment on, we were constantly dealing with Ryan in a state of overtraining. Athletes are used to overreaching because that’s a necessary aspect of their sport. You ask them to push hard, they get a bit run down, have them back down a bit, and boom they’re stronger than ever. The difference is overreaching and overtraining is that a few days of rest won’t help the athlete recover from overtraining. Here’s an article I wrote about the scientific hypothesis for the cause of overtraining: ➜ Cytokine Hypothesis of Overtraining.

We were able to battle back. Then at the Senior World Camp in September at the Rogue Center, he was able to battle back and appeared to be unstoppable snatching a PR 170kg/374lb from blocks and clean and jerking another PR 190kg/418lb, but that was the end of it. He never seemed to shake feeling beat up from that point on. Yeah, we were able to win Best Lifter at the Junior Pan American Championships with a 327kg total that just tied his PR total from the Junior Worlds, but he hit a PR Snatch at 147kg/324lb. We could have easily Pred his total, but we decided to jump from 180kg to 190kg in the Clean & Jerk. That gave me enough hope to push on to Senior Worlds.

Here are the warning signs that I was ignoring:

I have mixed feelings about the Junior Pan American Championships. We could have taken a week or two off, skipped that competition, and probably been fine for the Senior Worlds. However, without the Junior Pan American total, we wouldn’t be the top 73kg for the Senior Pam American Championships taking place in March. At the end of the day, it’s pointless to dwell on past decisions. The best use of the past is to evaluate, make changes, and move forward. That brings us to the main point of this blog. How will I respond to this setback? That’s the question. Let’s look at that:

There it is. This is how I will approach the training of Ryan and his teammates. I haven’t written an article like this since 2017 where we had a miserable showing as a team. Here’s that article: ➜ 2017 Nationals Recap. I am happy to say that we have never repeated that performance not even close. I can assure you that we won’t repeat Ryan’s performance ever again. I will say that it’s kind of funny that a couple of people were hating on his personal post. I mean they waited eight years for a bad performance, so I hope they got it all out. There won’t be another.

Two weeks is how long it took me to write this. I needed a time of reflection and quiet moments to piece my thoughts together. I did the same thing when I competed. I bombed out at the Senior Nationals in powerlifting in 2004. I didn’t talk to a human for an entire week. My friend, Chris “Ox” Mason called this my recluse mode. Even though it was hard on my friends and family, I needed that time as an athlete. I needed that time as a coach. P.S. later that year in 2004, I broke Ed Coan’s all-time world record total in the 100kg/220lb class at 2410lb. My response as a coach will be more epic than my response as an athlete because it will be centered in science.

Most people don’t care, but I am sorry for the two-weeks of silence on social media. I just needed to get these thoughts out of my head, onto paper, and formulate a plan. I did that, so now I am ready to move on. I look forward to learning more than ever and passing those thoughts on to all of you.

P.S. I hope that you all takeaway one major point, and that’s to take 100% responsibility. Excuses are easy to make. It’s hard work to analyze one’s own performance especially when it’s to find mistakes. I will leave you with this final statement. There are two types of coaches: 1. we can either go through life trying to prove to the world that we’re somehow better than all the rest, or 2. we can go through life doing everything possible to become the greatest that we can actually be. It’s important to analyze our own actions to see which coach we are becoming. I prefer the latter because my athletes deserve that type of coach.