Check out one of our nine E-Books:

The Senior Nationals were filled with major ups and downs for Team Mash Mafia. It’s safe to say that our team as a whole learned the most from this competition. We did end up with one athlete winning Gold, John Stang. We had one athlete win Silver, Brian Reisenhour. We had two athletes win Bronze, December Garcia and Zach Meyers.

The best part is that we ended up with two athletes on the Pan American Team, Brian Reisenhour and Nathan Damron. July 23-27 we will head down to Miami for the 2017 Senior Pan American Championships. We hoped to qualify one or two more, but things didn’t work out as planned. I am still happy with two. That’s more than any other team in America, so we are excited to see what these two young men can do.

The most improved performance on the entire team was by far December Garcia. She totaled 200kg in the 63kg weight class. She took Gold in the Snatch with 92kg, and Bronze overall. That was an 11kg meet PR, and she still has plenty in the tank. She is capable of going over 210kg with a little more work in the strength department and consistency. 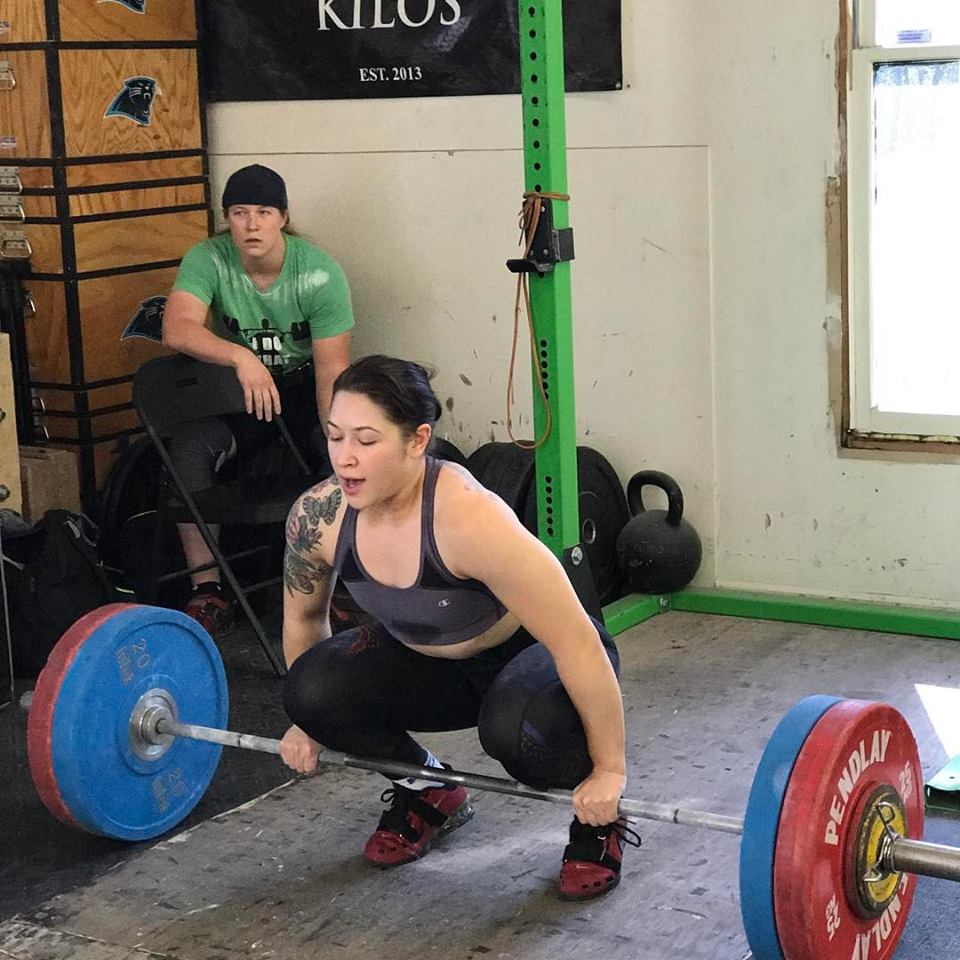 All of that is the good news. Here is the bad news. We had three bomb outs, two injuries, and one missed weigh-in pretty much any coach’s nightmare. I want to talk about each so all of you can learn from our mistakes. Let’s take a look.

Let’s start with Jacky Bigger. There were a few things going on here that we should have considered. She dropped down a weight class, but she was only weighing 60kg during training. However she was also fresh off of a major injury and surgery on her ankle. Her best Snatch in training was 90kg. We opened her up with 84kg, which under most circumstances would have been fine.

Looking back with so many elements going on (weight cut and return from injury), I would have opened her up at 82kg or even 80kg just to take the pressure off. We have also decided to put her in more meets to get her back into competitions and feeling that pressure.

Bryan Simeone opened with 130kg in the Snatch. His best is 137kg, so that’s an ok opener for most people. However this was his first Senior National Championships. His only other National event was the American Open, and he was in like a “C Session”. He was in the A Session here, so that adds another element to the nerves category. He was cutting down to from 80kg, and he is already a lean athlete. All of this being considered, I would have opened up with 125 or 126kg, jumped to 132kg for the second. Look coaches make mistakes too. I am totally ok with admitting my mistakes. That’s the only way to correct things in the future.

Nathan Damron opened with 155kg in the Snatch, and I would do the same exact thing again. He was already on the Pan American Team, so the main goal was to give Collin Burns a run. For Nathan to have a chance at Collin he has to Snatch in the 160’s. For that to happen, he needs to start with 155 to have a chance. We opened with the same exact thing at the American Open, and he Snatched 160kg. Sometimes in situations like this bad things are just going to happen. At the Pan American Championships, I am sure that we will be more cautious because then Nathan is representing Team USA. That’s a big difference.

Jacob Wyatt and Sarah Johnson both had to pull out due to injury. That’s too bad because both of them were looking to do big things. Sarah was looking strong, and then out of nowhere she tweaks her back. Jacob also injured his back. That tells me that both of them need some stabilization work in the torso and hip areas. We will let both of these athletes rest up a few weeks, and then we will start the rehab process.

Rebecca Phillips was bumped down to the 69B Session after the technical meeting on Thursday, which no one caught. Therefore she missed her weigh-in. This was probably the most disappointing mistake of the entire weekend. This was her first National meet, so I was totally bummed about this. I have been coaching on the National scene since 2012, and I have never had this happen. Normally USAW emails the final start list, but they didn’t this time. I was traveling to the venue all day on Thursday and didn’t arrive until late, so I didn’t think to check it on my own. Once Friday rolled around, all the coaches were busy coaching.

Here is a list of lessons that we learned from the weekend:

1. Check the final start list on Thursday night to make sure no schedule changes are made.

2. In an athletes first National competition or if an athlete is known to get nervous at competitions, always be conservative on openers. I recommend 8-12kg below their best.

3. If an athlete is competing in their first “A Session”, consider being conservative on the Opener.

4. If an athlete is coming off of major surgery, start them back with a local competition.

5. If an athlete is dropping down into a new weight class, consider being more conservative at first. You will need to get a feel of how they handle the cut.

This Senior Nationals was filled with lessons learned. I am still very proud of my team. Heck the Men’s Team still got third in the country with three of our athletes not finishing the meet. Several of our team members killed it, and the rest learned a lot for the future. It’s all part of the process.