Exercise Is Medicine by Gabriel Villarreal

Let’s get something out of the way: exercise is medicine. Unequivocally.

How can I make that bold statement? My name is Gabriel Villarreal, I own and coach at LostBoys Strength & Conditioning, which is an affiliate of Mash Elite Performance. I also host Informed Consent, a podcast created to support community mental health professionals. I have my masters in Clinical Mental Health, soon to be a Licensed Professional Counselor. Lastly, I own and run ADHD Counseling in the Roanoke Valley; a private practice all about helping ADHDer’s unlock their strengths, or as I call it, their “superpowers”.

Allow me to address my first statement: exercise is medicine. What I mean by this is that exercise is medicine for those with a mental health diagnosis or mental health issues. For those of you who say, “that’s not me”, the CDC states that approximately 75% of every American will have at one time a diagnosable Mental Health disorder, but that is for another article. Today we are simply going to talk about how exercise helps ADHer’s, and arguably to a point where medication may not be necessary. 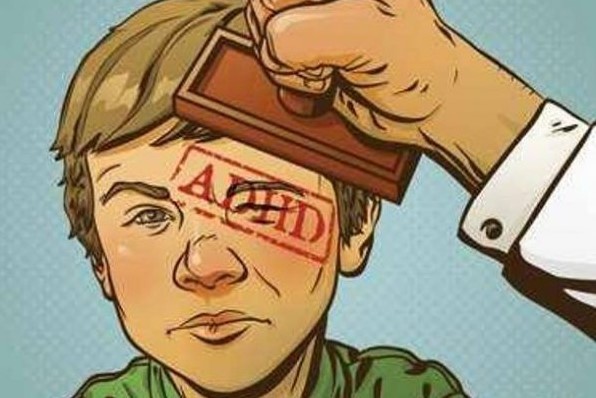 First, we have to talk about what ADHD is, where it comes from, and what issues it places upon the person diagnosed with it. Within and ADHDer’s brain there is a malfunction that affects their attention system, that system is a linkage of neurons that connect or hitch together other parts of the brain that are responsible for among other things; arousal, motivation, reward, movement and executive functioning.

To get this right out of the way, there are people that believe ADHD is made up to those reads I’ll say only this: it’s not about a belief system, it’s about science. FMRI scans of ADHDers and non-ADHD individuals show a clear difference in functioning of the person’s reward center that is entirely responsible for a person’s motivation and drive. For the ADHDer that reward center is not as strong or does not produce the appropriate or normal amount of chemicals/neurotransmitters responsible to help motivate and or drive them. 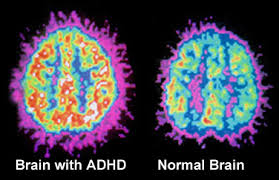 To be 100% clear and concise the label of attention deficit disorder is not entirely accurate primarily because it is not an issue of deficit of attention but rather an issue of consistency. We all know the ADHDer that can hyper-focus on things they really enjoy. The simple example is kids and video games; however as they grow older and strengthen this ability it can be a game changer. As an example; I built my businesses on the weekends for a year and a half by hyper focusing for 6 to 12 hours straight, only taking breaks to walk the dogs and eating. Seriously.

The “attention system”: it begins at the locus ceruleus in our brain and it is regulated by two chemicals/neurotransmitters: norepinephrine and dopamine. From the locus ceruleus a web of connections feeds out to the rest of our brain primarily into the parts of the brain that govern the tasks that I talked about above like movement, attention, and executive functioning, etc.

But what are these two chemicals and why did I bring them up?

Dopamine: For the longest time dopamine was believed to solely be responsible for rewards, as the study below attests. We know and have heard things like narcotics, sex, and even chocolate release a lot of dopamine which triggers our brain to want more of that “thing” (reward). However, dopamine is released for all things that we like, it may be a cool movie or a funny joke. Dopamine is released and it helps us keep doing things that we all enjoy. However more recently The Neuroscience Journal, Neuron, published a 2013 study that concluded:
“The widespread belief that dopamine regulates pleasure could go down in history with the latest research results on the role of this neurotransmitter. Researchers have shown that it regulates motivation, causing individuals to initiate and persevere to obtain something.”
If you’d like to know more about dopamine and its role in ADHD I wrote a wonderful article on my ADHD blog all about dopamine function in the brain.

Norepinephrine’s role: This is also a neurotransmitter, which means it transfers information from one part of the brain to another, however it is also a chemical that acts as a stress hormone affected by lack of sleep, high stress, anxiety and emotional volatility come this from neurotransmitter. All of which are signs of ADHD and come back to this one chemical, which is not produced as abundantly in the locus ceruleus in individuals diagnosed with ADHD.

So now we finally jump into exercise’s role in ADHDers: across all people regardless of diagnosis, continual exercise improves the tone of the locus ceruleus. But not only that, it also increases all neurotransmitters (norepinephrine and dopamine we talked about above) immediately! What is particularly interesting to note is that the increase in dopamine is not “turning up the faucet” but it is actually creating new faucets, or new pathways by which dopamine can be pushed out into the brain! This is creating more drive and motivation in an individual, which is why we typically have a high after we workout. We feel very productive and want to get more things done; thanks dopamine! Additionally, if we’re talking about norepinephrine, specifically, the results would be an individual less likely to be startled, act emotionally inappropriate (a higher temperament), and less irritability. Again, all signs and symptoms of someone diagnosed with ADHD.

Now let’s talk about the more stereotypical behavior, primarily fidgetiness. This is caused by an overactive cerebellum, which research has shown to be balanced out through medications (stimulates) that target norepinephrine and dopamine. What we know from the paragraph above is that exercise balances those out as well. Despite the lack of specific research on exercise and ADHD, it is not at all a stretch to say that exercise corrects the production of the two neurotransmitters to “normal” levels.

All of which begs the question, if I chronically exercise can I come off my meds? The answer is that it depends from person to person. There are many factors that need to be in place for your doctor or even myself as an ADHD counselor, to feel comfortable suggesting someone could come off medication. As a strength and conditioning coach my first question, which I hope all of you are asking, is “How do you define exercise?”

In John J Ratey’s book SPARK (the book cited throughout this article); the majority of the research he cites and reviews is all cardiovascular movement, specifically running. Now running may or may not work for an individual, it’s all about experimentation. I have met millionaires that swear marathons keep them sane and successful. For me running is terribly boring so I lift. However, Ratey concludes that intense sports are best because they tax the brain and promote focused attention in short bouts, essentially strengthening and lengthening one’s ability to have sustained attention, for the ADHDer. Ratey goes on to cite martial arts and dance because of the nature of balance and focus that one needs to engage in those activities. Upon reading this, my initial addition to the list would be Olympic weightlifting, because they are short movements that require a small duration of focused attention, additionally the amount of proprioception, balance, timing and movement in space, are all checked off in Ratey’s criteria in quality exercise for the ADHDer to receive the benefits. Ratey concludes that the above activities and sports keep attention wrapped and are self-perpetuating, which means they are organized and easier to stick to after weeks and weeks.

About the Author:
Gabriel Villarreal is a the owner of Mash Elite Affiliate “LostBoys Strength and Conditioning” in Roanoke, VA. Additionally, he owns his private practice “ADHD Counseling in the Roanoke Valley” where he is a Resident in Counseling. Lastly, he co-hosts a podcast “Informed Consent” about community mental health to support incoming professionals.

If you’d like to learn more about anything you read above Gabriel would be more than happy to answer an questions, concerns or just to continue this conversation. Feel free to email him at Gabriel@roanokeADHD.com

Complexity of the Human Body – The Barbell Life 397