I decided that it was fitting to let this blog resurface. I am committed to one more run at being the best strength athlete in the world. This article shows you just how far I was willing to go. I am just as committed, but I believe that I am much wiser now. I also believe that my priorities have shifted. Enjoy! 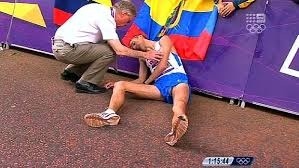 ​Three months of sweat and tears had boiled down to this moment in time. I’d neglected everything in my life to be the best in the world. The best ever! I was called the Icon of Powerlifting, and I wasn’t satisfied. Nothing could satisfy me! All I longed for was more domination, another goal to conquer. I was a two time world champion in the 220lb weight class and four world records to my credit, but that wasn’t enough. I was considered the strongest pound for pound powerlifter in the world, and that wasn’t enough. At that point of my journey, nothing was ever enough, and I wouldn’t let anything or anyone come between me and my next conquest. I had decided to drop down to the 198lb weight class to demolish that World Record as well. I was on journey, and I had no idea where it would take me. God had a plan for me. It just wasn’t my plan!

​I had made the cut from 230lbs to a now 203lbs. 5lbs to go! 5lbs on what was an already lean 230lbs, so that 5lbs was an eternity. I was determined! Nothing would stop me from reaching my goal. I found myself in a bathroom of a hotel room that I had made into a steam room. I had taken hot towels and covered all cracks of the door. I had the shower on full blast hot. I was wrapped in a sauna suit with burning hot towels around my neck and head. I was feeling weak and dizzy, but I was determined. I started to experience and eerie sense of quiet in the room. I felt like I was in a space ship lost in space. All of a sudden time stood still, as I watched a bead of sweat drop from my nose. The bead of sweat floated in slow motion to the floor. When it finally struck the floor, I heard a distinct echo, whuwhuwhuwhu! I had just enough time to gather a confused look on my face before collapsing to the floor. At this point, I had absolutely no sweat coming from my body. I was completely dehydrated!

​I crawled out of the room in desperation. I made it to my phone and called my friend Ox. All I could say was, “Help!” Thank God he rushed to my aid and took me to the hospital. Four IV Bags later, I was told by the Doctor that I had experienced a mild heat stroke. I heard the words, “Lucky to be alive!” All I cared about was my ability to compete. The doctors told me that I shouldn’t, but it was my call. Of course I was going to compete. Remember I was the Icon! The best! Unbeatable!

​I wasn’t going to make the 198lb Class, but I still could go into the 220lb class. That’s what I did. I knew during my warm ups that I was feeling weak. I wasn’t myself. I dropped my opening squat to 903lbs. That was a weight that I could easily handle in normal circumstances, but this wasn’t a normal circumstance. On my opening attempt, I was bent forward way more than usual. I was bent so much that I cracked two ribs. Somehow I was able to complete the lift, but that was all that I was going to squat on that day. I competed the rest of the day in survival mode. I managed openers in the bench and deadlift, but that was it. In my opening deadlift, I was actually dripping blood from my mouth due to internal bleeding. The day was a disaster! I had failed! I had totaled 2235lbs to a normal 2400+. I took 6th place! That was my lowest placing ever in my life. The unbeatable one was no longer unbeatable. I had been dethroned!

​This event lead to low in my life that I had never experienced. Failure wasn’t something that I had ever experienced. I was mortal! I was just like everyone else. My identity was stripped from me when they placed that medal around someone else’s neck. I didn’t know who I was. It was like my very name was taken from me. I turned to fast fixes! Temporary fixes! I turned to anything that would take my mind off of failure. I was on a journey that would take me to who I am now. When I was in that dark hole staring up into a small glimmer of light, I started my climb out. It was to be a long and slippery climb that sometimes led to slips, but I eventually found all things that I love.

​It was during this climb that I found Christ. Around the same time, I found my amazing wife Emily Drew. My focus had shifted! Now I want to be the best husband, father, and friend. Now I want to follow my God. This dark road led to a city of lights! Failure can sometimes lead to success. Maybe it isn’t the success that you were after, but it will always be the success meant for you. I would go through the experience all over again to where I am now.