Our latest E-Book “Performance Zone” has dropped! Check it out now at:

In this piece I am going to go over what I refer to as the “CrossFit Paradox”. This is based off of several years of observation, and experimentation involving literally hundreds of athletes. So what is the CrossFit Paradox? The basic gist of the principal is this: You can improve athletic performance in a given sport using CrossFit training, but you cannot improve in the sport of CrossFit beyond a certain level by only using CrossFit training. Let that sink in a moment…

Now, that we’ve processed that statement, I’m going to start backing up my claim. For years Louie Simmons has been telling big, sweaty, huffing and puffing powerlifters that the only way they can beat the guy standing next to them is to out work them. He has always maintained that a lifter needs to have a good GPP (general physical preparedness) base in order to have the requisite conditioning to be able to handle more volume in the weight room. I think everyone can agree this statement is true. The more fit you are, the more you can do; and the more you can do, the faster you’ll develop. Simple really. So here’s the funny thing, what is CrossFit? Yep, you guessed it….a GPP program (straight from coach Glassman’s mouth).

Over the years I have used Westside barbell methods to train my CrossFit athletes. At every single powerlifting meet I have had athletes in I have always had people on the podium, and in fact at every single meet we have won best overall lifter. Now keep in mind these are CrossFit athletes competing in powerlifting. So we weren’t up in the super high weight classes, and weren’t doing equipped meets. These were all raw meets, and yes we stuck out like a sore thumb. However people were always surprised that we were winning all the time, especially against people that just did solely powerlifting. I would often get asked how I was able to develop their strength so quickly, and I would always reply “CrossFit.”

If you think about it, this makes a lot of sense. Westside uses the conjugate system for accessories and GPP for conditioning. So what does a metcon end up looking like? A constantly varied group of accessories (conjugate), plus conditioning (GPP). In fact, we learned that prepping for meets, it was actually really easy to combine your conjugate/accessory work with your metcon. Simple, just use movements that make sense and make a metcon out it! 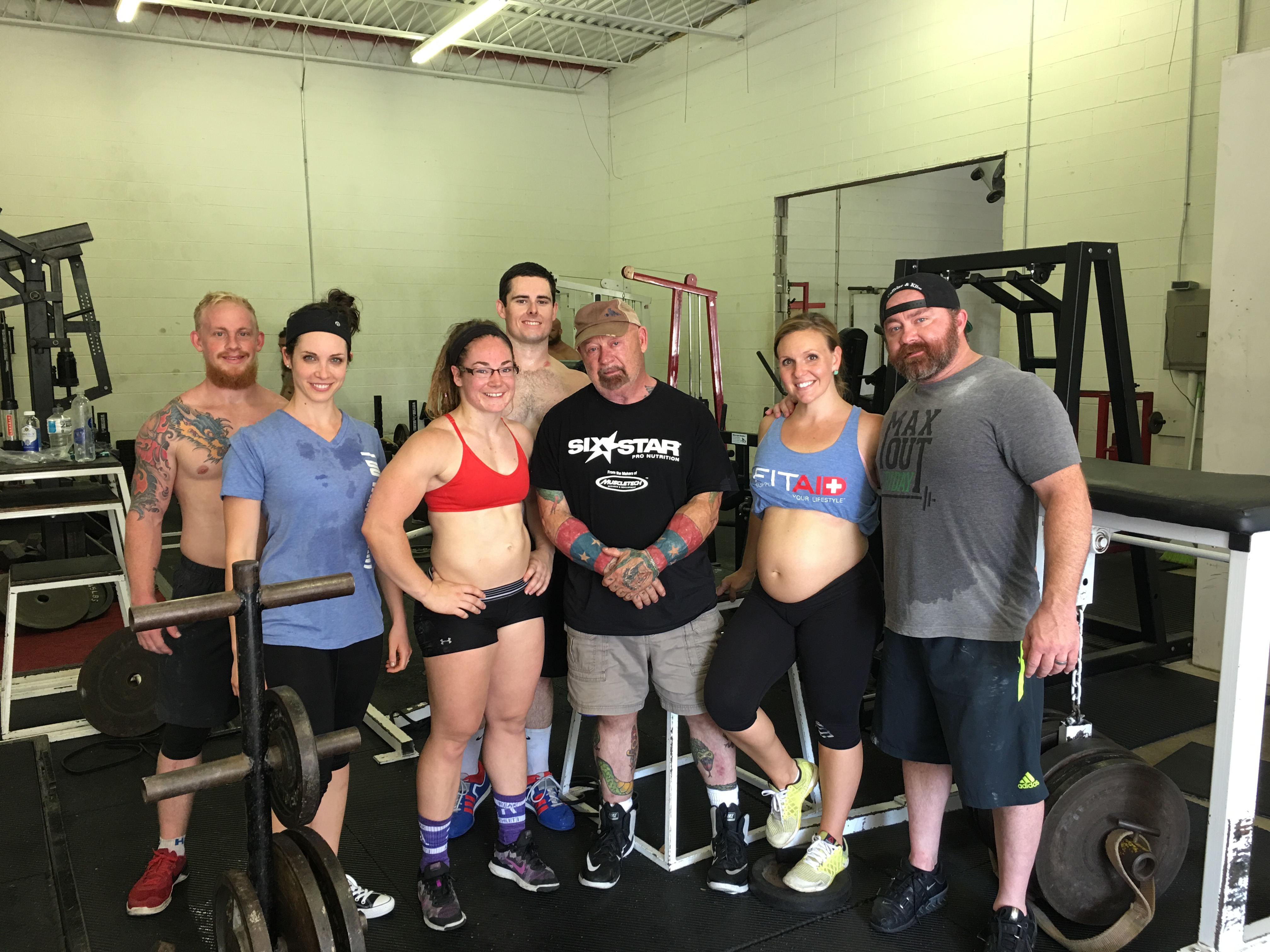 My lifters had such a level of conditioning that they could do more squats, more deadlifts, and more sets of bench than the average powerlifter. They could also recover from their training sessions faster. As a result, my athletes got stronger in a shorter frame of time when first starting out than traditional powerlifters just starting out. I’m not the only person who has seen the light on this, in fact the strongest woman in the world Laura Phelps-Sweatt does CrossFit these days.

Moving on to Olympic weightlifting. At every single meet I have had athletes in, we have won gold. Period! In fact in my team’s first ever weightlifting meet they gave out 10 total medals, my athletes took home 7 out of 10 of those medals. Again I was asked how I did this, again I replied “CrossFit.” For the record, I have only ever trained one dedicated weightlifter…and yeah, I still made him do CrossFit (he hated it too). That guy went on to be the Kansas state champion, and took best overall lifter in powerlifting and weightlifting (he did back to back meets actually). CrossFit lends itself very well to quickly developing weightlifting aptitude. The reasons are obvious, we do Olympic weightlifting A LOT in metcons. Tons of movement pattern reinforcement (if coached properly), as well as even more volume within the lifts themselves. As mentioned previously, more work gets you there quicker. I believe when you have plateaued in a specific thing, and you feel that perhaps “this is my limit” that the way forward is not do more of the same. To me that’s like slamming your head against a wall. But rather the way forward may very well be something else entirely. Only an open mind is capable of seeing possibilities beyond what is in front of them. To achieve true mastery in a thing requires one to often times search outside of that thing for answers. 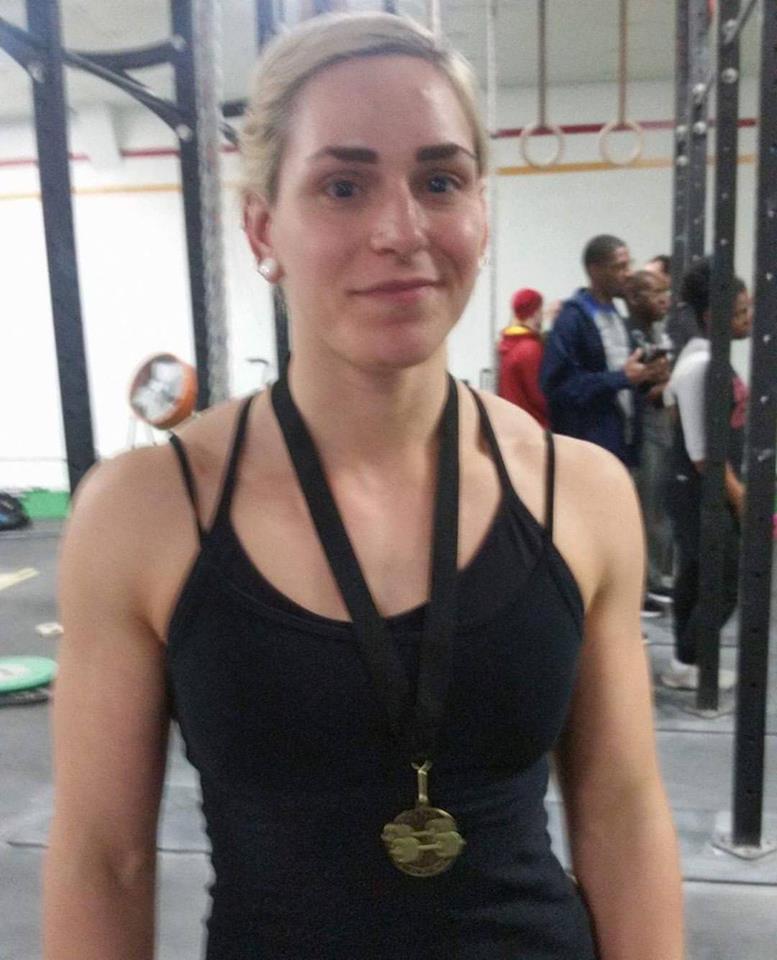 Lastly in the strength spectrum we have strongman. Every athlete that I have had compete in strongman has qualified for nationals. Every. Single. One. And again, CrossFit. They moved faster, got tired less quickly, and were on average as strong or stronger than their competition. GPP for the win again! Tons of athletes and coaches have added CrossFit into their training to help elevate them in their sport. For example: Cristiane Justino (UFC fighter), New Orleans Saints coach Sean Payton, Danica Patrick, Houston Astros pitcher Brady Aiken, Robert Guerrero (boxer), Erin Cafaro (Olympic gold medalist – rowing), Mattie Rodgers (weightlifter), Ilya Ilyin (Olympic gold medalist – weightlifting), and so on.

Now for the paradox. I have never seen a CrossFit athlete get to a very high level within the sport of CrossFit and break through into Regionals or the Games by just doing CrossFit. Now don’t get me wrong, you can get super fit by just doing CrossFit. But you’ll never see anyone getting to Regionals on CrossFit alone. You can probably smash some local comps, and kill it in your gym against your classmates. But beyond that, it won’t happen. You see a guy named Michael Rutherford way back in the “Preebok” days of CrossFit saw the writing on the walls. He saw that his athletes as a majority weren’t strong enough to do the WODs as Rx’d. Their rate of progress to get to that point was very slow, and in some cases would just never happen. So he started having his athletes do dedicated strength training on top of their WODs. As a result, they got stronger, faster! Again the inverse result, to get more out of CrossFit you needed to do more work outside of CrossFit! Now you see it everywhere with high level CrossFit athletes. They have a weightlifting coach, a gymnastics coach, a running coach, etc. They all know what Louie Simmons has been telling lifters for years. If you want to beat the guy next to you, you need to out work them! But for CrossFit athletes this means doing more in weightlifting, powerlifting, gymnastics, and aerobic-specific training/development.

I will end this with saying that I know this obviously isn’t a catch all and absolute rule for sport specific athletes. There will always be outliers. However, more often than not, I’ll be correct in this. If you’re a powerlifter, weightlifter, football player, or what have you, that wants to get better at their sport, then I strongly suggest getting outside your comfort zone big time. Especially in the off-season!

If you’re a CrossFit athlete who is really wanting to breakout, I suggest focusing your training to supplement your sport. If you’re not strong enough, then add in powerlifting. If your Olympic lifts aren’t making the cut, then add in more weightlifting, and so on.

You see, sometimes when you plateau, the answer isn’t to keep grinding forward with what’s in front of you. Then you will just be slamming your face into a wall. Sometimes the answer is to do something else entirely. This only works when you have an open mind and you are able to see the possibilities outside of what lies directly in front of you. It has been my experience that in order to achieve true mastery of a thing, you not only need to have the discipline to train dedicated in that thing until you feel that you have reached the end, but to search outside of that thing for answers. It is when we close our minds to possibilities that we see less.

Nicholas Scott
CrossFit affiliate owner of 5 years. Started my gym in my back yard on a 14’x15’ slab of concrete with some pull up bars stuck into the ground and a squat rack. I have been a personal trainer since 2005, and a CrossFit coach and athlete since 2009. Every year since 2011 I have qualified athletes to Regionals, and have even competed at Regionals twice myself. Over the years I have had the incredible privilege of learning from some of the world’s greatest coaches. I started my coaching education by learning from Rick Hussey and Becca Sawnson at Omaha’s Big Iron gym. They introduced me to powerlifting training and the sport of powerlifting. After receiving my CrossFit Level 1 in 2010 I was lucky enough to be coached and trained in Olympic weightlifting by coaches Mike Burgener, Ursula Garza, Jodi Vaughn, Chad Vaughn, and Cody Burgener. After that I received my CrossFit Endurance certification and worked with several triathletes and marathon runners. Follow him on Instagram: @scottstrengthsystems

This is definitely my favorite book to have written. I hope that all of you enjoy reading it!