Team Mash Mafia: The Who and Why

I wanted all of you to know a little bit more about who we are, and what our main purpose was for doing what we do. I hope this little article helps to explain all of this a little more. Enjoy!

This team began in 2012. It started with only a couple of athletes. Rebecca Gerdon was the very first one, and she went on to become one of my first Team USA members. In 2013 at the USA Weightlifting American Open in Dallas, Texas I had two athletes. I dreamed of the day that I would have a full team of awesome athletes. At the time my focus was mainly on strength and conditioning coaching over 200 athletes at my gym in Advance, NC.

We were popping out D1 athletes like chickens laying eggs. I knew that we were on to something special producing such amazing athletes out of a gym in Small Town North Carolina. People were driving hours to be a part of our gym. I enjoy strength and conditioning, but I also enjoy the strength sports of Olympic weightlifting and powerlifting. I wanted a gym filled with the best athletes in strength and conditioning, weightlifting, and powerlifting.

We had a powerlifting team that was winning all the contests that we entered. Greg Nuckols was one of our lifters at this point, and he was crushing world records right and left. We had a small team of weightlifters, but we weren’t crushing it just yet. However we were on our way.

In 2013 I became friends with Jon North. We started crushing podcast together on his show “Weightlifting Talk”. Man that was an exciting time. When I left Olympic weightlifting as an athlete back in 2000, I never dreamed that I would be involved again with the sport that I so loved. MuscleDriver USA moved to town and made all of this possible. MDUSA really helped to spread the sport of weightlifting in North Carolina. Everyone was excited to see a company pay and support the training of weightlifters that sought to be the best. It was like the Olympic Training Center had moved to Charlotte, North Carolina basically in my back yard. 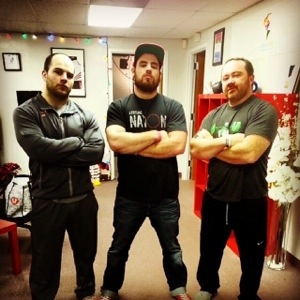 They brought several great athletes with them including Jon North and Donny Shankle. I took a shot at visiting the training hall at MDUSA, and the rest is history. Coach Glenn Pendlay knew of me, so I was allowed to visit and hang out. Jon North and I became friends almost immediately. The very next week he asked me to come on his podcast “Weightlifting Talk” as a guest. Then the next week, he made me a co-host, and boom I was back in the sport. I haven’t looked back since.

It only makes sense when you think about it. Powerlifting and Olympic weightlifting are the basis of all great strength and conditioning programs. The more I learned about each strength sport directly impacted the programs of all my athletes. My programs were helping my athletes crush their goals at a rate greater than ever before. Loren Seagraves, Joe DeFranco, Martin Rooney, and my local favorite William Bradley have directly influenced my speed training programs. This combination has helped me write some impactful programs helping several people reach their goals. For this I am thankful.

In 2014 Jon North asked me to coach him. Working with him helped to attract several great athletes to my gym. Basically that was the spark that I needed to build a highly competitive weightlifting team, and took this opportunity and ran with it. At that time we brought in some amazing talent like Adee Zukier, Hayden Bowe, Jared Enderton, and several more. We also produced some amazing talent like Hannah Black, Matt Wininger, Jacob Wyatt, Dylan Cooper, and of course Rebecca Gerdon. We were well on our way.

Later that year I was offered a position with MuscleDriver USA as one of the coaches. I was so darn excited to be getting paid to coach weightlifting. It was a dream come true. I was going to coach alongside Coach Don McCauley and Coach Glenn Pendlay, and I was getting the chance work with the best weightlifters in the country. This was one of the most exciting times of my career. It was also an opportunity to learn, and I took every advantage. I listened to everything that Coach McCauley said, and I asked him so many questions. I am sure that he wanted to kill me, but I wanted to learn.

At the American Open in 2014 I was coaching over 30 athletes (15 MDUSA and 15 of my own). That’s right, I had two athletes in 2013, and one year later I had thirty. I will be honest here and say that it kind of blew my mind too. In 2015 I decided to focus on my own team. At the 2016 Senior Nationals Team Mash Mafia had more athletes than any other team in America, and I was coaching more National Athletes than any other coach. I was chosen as the Head Coach for Team USA three different times in 2016. Now in 2017 we have two athletes going to Senior Pan Americans, one athlete going to Junior Worlds, and one that competed at Youth Worlds.

It is safe to say that we are the fastest growing team in America and by far the most successful overall. So what is the goal? Why does this even matter? I have thought a lot about these questions over the last years. Here’s what I come up with. My goal for this team is to inspire all of you that anything is possible with the right plan, right motivation, and the willingness to outwork everyone else. I am not just talking about weightlifting now. I am talking about anything that any of you desire to do. 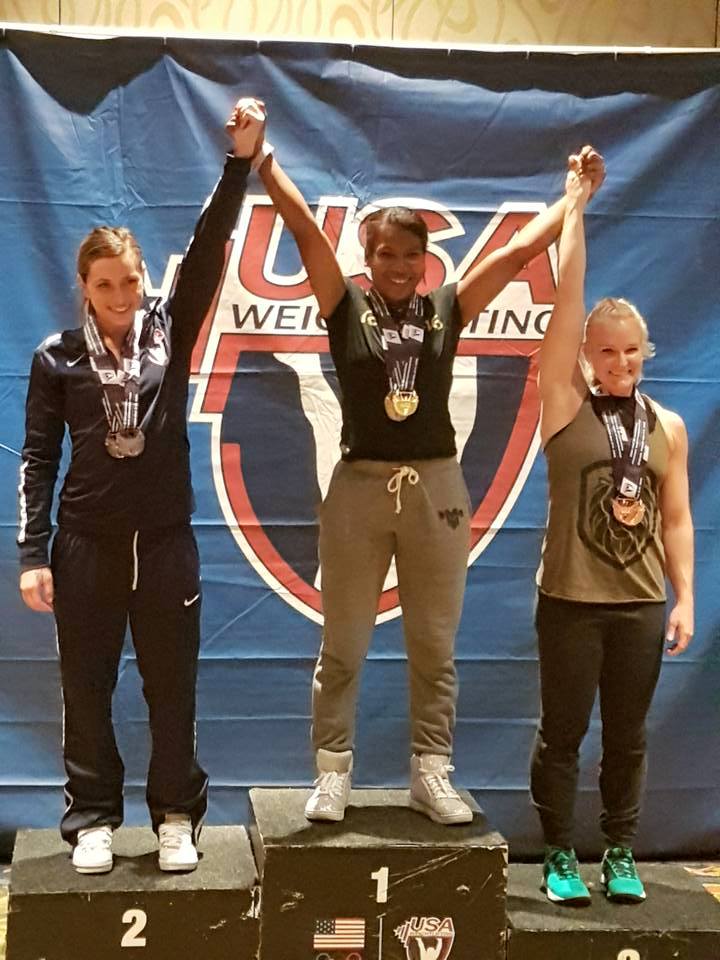 I want you guys to get in better shape. I want you to build better businesses. I want you all to build healthier families. See this team gives me a voice that reaches thousands of people around the world. I can write articles, record podcasts, and post videos containing information about multiple topics:

• Strength training
• Nutrition
• Business
• Family
• Weightlifting
• Powerlifting
• Goal Setting
• Strength and Conditioning
• And more!
I also get to teach these young athletes that I work with all about life. Yes we talk a lot about their goals in weightlifting, but we get to talk about so much more. They get to see me loving my wife and prioritizing my children. They get to see me loving my God. I get to help them avoid the pitfalls that plagued my athletic career. All the while I get to share the same exact lessons with all of you.

The biggest goal that I have for my athletes is to teach them that their athletic career is about so much more than their personal glory. I want them all to know that their greatest responsibility is to motivate and inspire others during their athletic careers. I want them to know how meaningless sports are if the focus is only on self-glory. I don’t want any of them to go down that lonely road. I want their lives filled with purpose, so that they can look back and know that it was all for something so much bigger than themselves. 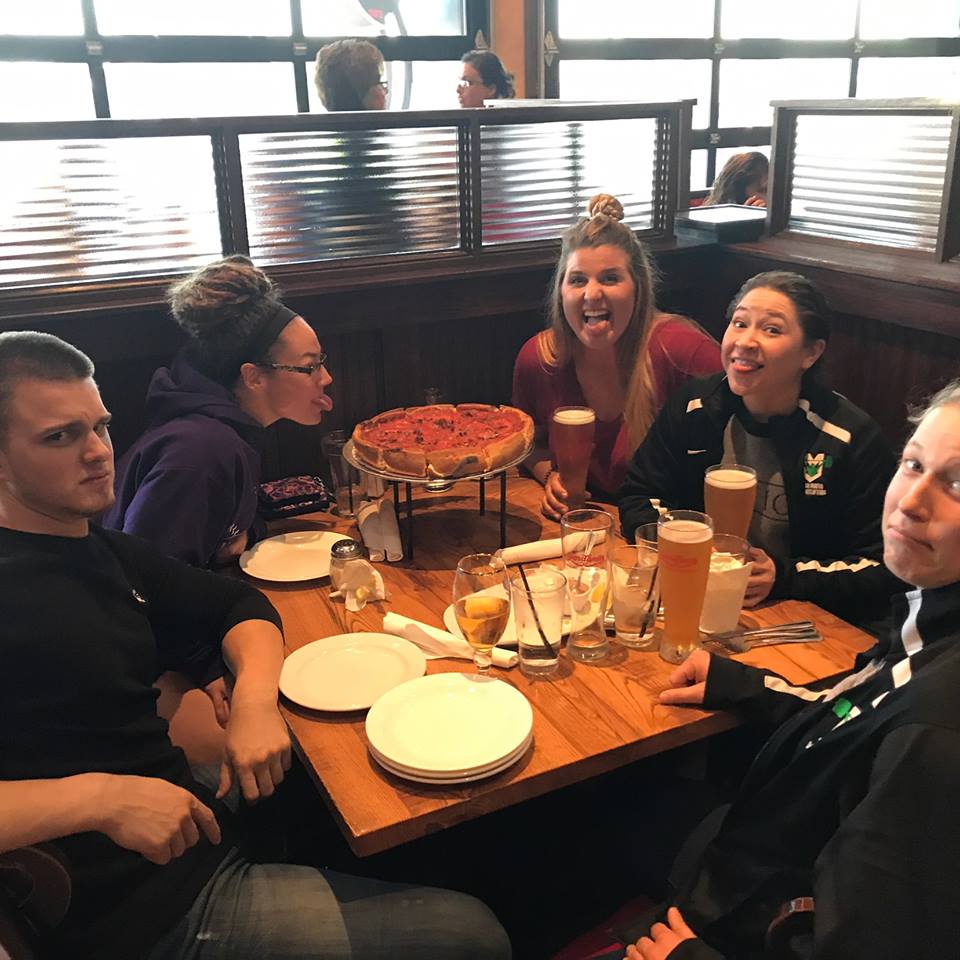 We have one more goal that we are looking to fulfill before the end of this year. We are going to start an “at risk youth program” in the surrounding area. We want to use the sports of weightlifting and powerlifting to teach young troubled athletes all the lessons that can be learned from sport like:

We will also give them opportunities for study hall, tutoring, life skills, and mainly a positive environment. I am not just talking about lower socio-economic children. I am talking about any child that has struggles within the home or at school:

I want to use the sport of weightlifting to help change the world for the better. When you guys support this team, you help me get closer to my goal. Yes we are a wild group of athletes, but we have a pure purpose and mission. We want to inspire all of you to do amazing things. I hope that all of you will strive to do the same with the people that you come into contact with.

Don’t get me wrong; we want to produce the best athletes that America has ever seen in the sport of Olympic weightlifting. We have plans to implement better recruiting strategies. Also we want to provide our athletes with all the tools necessary for reaching their goals like:

Thank all of you for supporting this team. This would all be impossible without all of you. We are all in this together. If none of you cared, we would be doing all of this for nothing. I hope that this helps all of you understand who we are and what we are about. Can we make the world a little better with the sport of Olympic weightlifting? I believe so.

This book is filled with a variety of programs:

For now check out all of our E-Books at www.mashelite.com/ebooks/ !