What Do All Great Athletes Have in Common?

Whether you are a football player, weightlifter, powerlifter, or CrossFitter, I would recommend two of our books: “The Mash System” will explain our methods and lay out some amazing programming for you to use, and “Performance Zone” will give you insight on developing the perfect mental game to succeed. Check them both out at:

What Do All Great Athletes Have in Common?

I have lived a pretty unique life in the coaching world. I have coached some of the best athletes in the world. This is not bragging. I am just giving some background. Truthfully coaching the best in the world versus a typical 9th grade high school athlete isn’t that different. There are pros and cons to each, but for the purpose of this blog I need to explain my coaching experience.

I have worked with:

You get the point. This blog is about the best of the best athletes. If you’re talking scientific studies, it’s hard to beat collecting data from thousands of extraordinary athletes firsthand. I was talking to my friend Dr. Andy Galpin today, and he said that coaching hundreds to thousands of athletes over any length of time is always better than getting some average college students to participate in some random exercise science study. That’s the biggest flaw with most studies. Researchers are normally testing average everyday people. Now does that apply to great athletes? When you hear the podcast with Dr. Galpin, you will see that it doesn’t always apply. 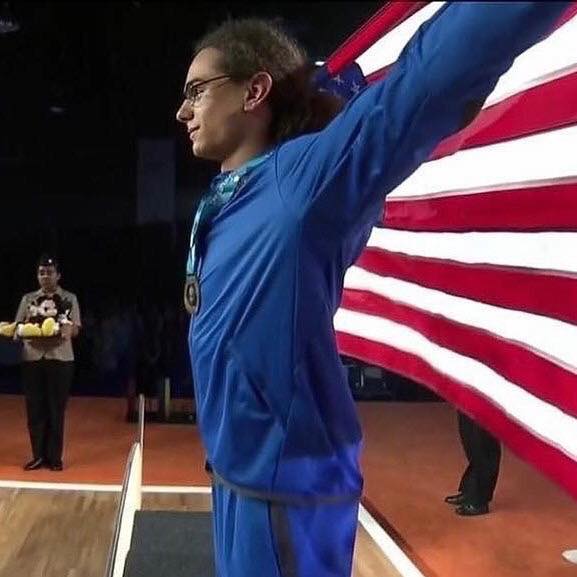 Here’s why. A normal athlete may very well be made up of Type I/Slow Twitch Fibers. An International Level athlete may consist of mainly Type II or heaven forbid Type IIX fibers. Those fibers might very well respond differently to certain stimuli. The problem is we just don’t know, so that brings me back to my original statement.

1. Movement- I have never seen a great athlete that didn’t move well. Cade Carney, starting running back for Wake Forest University, and Tommy Bohanon, starting fullback for Jacksonville Jaguars both were able to perform the Olympic movements with total proficiency. They could both perform extraordinary body weight movements like handstand walks and muscle ups. Their squats were perfect. They decelerated perfectly. My best weightlifters can do just about anything. Most of you know Nathan Damron as this massive squatter and weightlifter. You should see him back flip, run, and jump. He could probably do well in ballet. That would probably look funny with a 94kg ballet dancer, but I bet he could do it.

Their mobility is optimal, and their kinesthetic awareness is even better. They simply know how to move their body through space better than the average Joe. Harrison Maurus, the 17-year-old freak started as an extraordinary gymnast. Morgan, my 14-year-old phenom, can do muscle ups and handstand walks. Are you seeing a pattern? 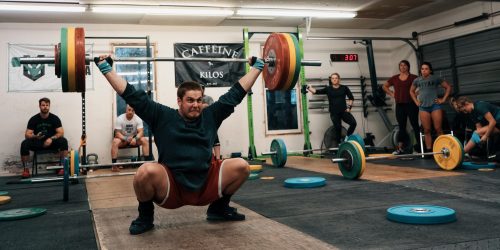 It’s not about being the strongest person in the room. It’s about being the strongest athlete in the room, and there is a big difference. If you are a coach, your attention should be on movement patterns early on. This is the key. When they are totally green is the point where the athlete is most easily programmed. The movement patterns that you first teach them will probably stay with them for the rest of their lives. Don’t mess that up.

2. They Excel in Competition- sounds easier than it really is. I have coached so many athletes that should’ve been extraordinary had it not been for their inability to perform game day. Some people attack competition with a controlled aggression, and some of them are trying not to mess up. There is a huge difference. The athlete that can use the energy from competition to excel has a huge advantage. This is why some athletes that aren’t physically impressive still end up being extraordinary because they can simply compete better than others. Larry Bird comes to mind when I think of this. He was a lanky white guy with little athletic ability, and he will still go down in history as one of the best basketball players of all-time.

3. Awareness in Space- I am not just talking about awareness of one’s own body, but also everything that is going on around them. A great football player has an extraordinary ability to jump up in the air, catch a ball, realize that a defensive player is closing in, and avoid the tackle. Have you ever seen a point guard in basketball, dribble into traffic, and find the open player? A weightlifter knows exactly where their body is at the same time they know exactly where the bar is, and somehow they are able to snap under 400 pounds as it travels 1.6 meters per second. Wrap your brain around that. 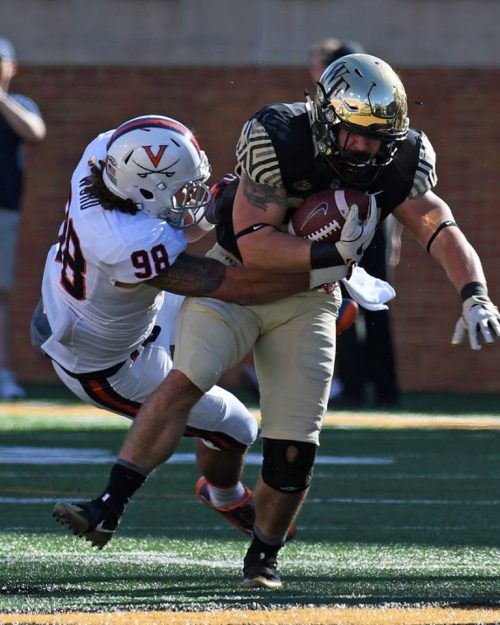 Can this be taught? I think that this one can be improved by simply practicing your craft with intent. Any great football player will tell you that the moment they memorize their playbook, the game slows down because they know longer have to think about what to do. Wrestlers that have practiced their moves over and over will seem faster because then they can rely on instinct and athletic ability.

Weightlifter must practice their craft over and over. If they are on stage trying to think about all the cues of technique, they are going to get overwhelmed and probably miss. They should have practiced so their movements so many times that they can walk on stage with extreme confidence. They should be able to perform the movement aggressively, and not timidly trying not to miss. A great athlete is prepared, and they are very aware of their body and everything around it.

4. Visualization- this one cannot be talked about enough. A great athlete can use their brains to simulate a competition. By simulate I mean they can see the competition, hear it, smell it, and actually feel themselves performing their sport. They can elevate their heart rate and body temperature with their minds. This ability is a huge advantage. By the time they are on the platform, court, or field, they are in familiar territory because they have been there a million times before in their brain. This ability can definitely be practiced and improved upon. However you will need to put the phone down, turn off the television, and get rid of any other distraction. You will need to learn how to use your imagination. This day and age the imagination is dying because the computers and smart phones leave nothing to the imagination. It’s definitely true in this case that you need to use it or you will lose it.

5. Master of the Mundane- once again this one is in your own hands. Eating right, sleeping right, and not partying isn’t a genetic thing. It’s a discipline thing. Everyone will go to practice. Everyone will train hard. However it’s the real baller that does the little things when no one is watching. What will you do on Saturday night when your friends want to go out partying? If you know that you must go to bed at 9pm to get 9 hours of sleep, will you cut off the television? These are serious questions that most of you fail. Once again, it comes down to discipline. 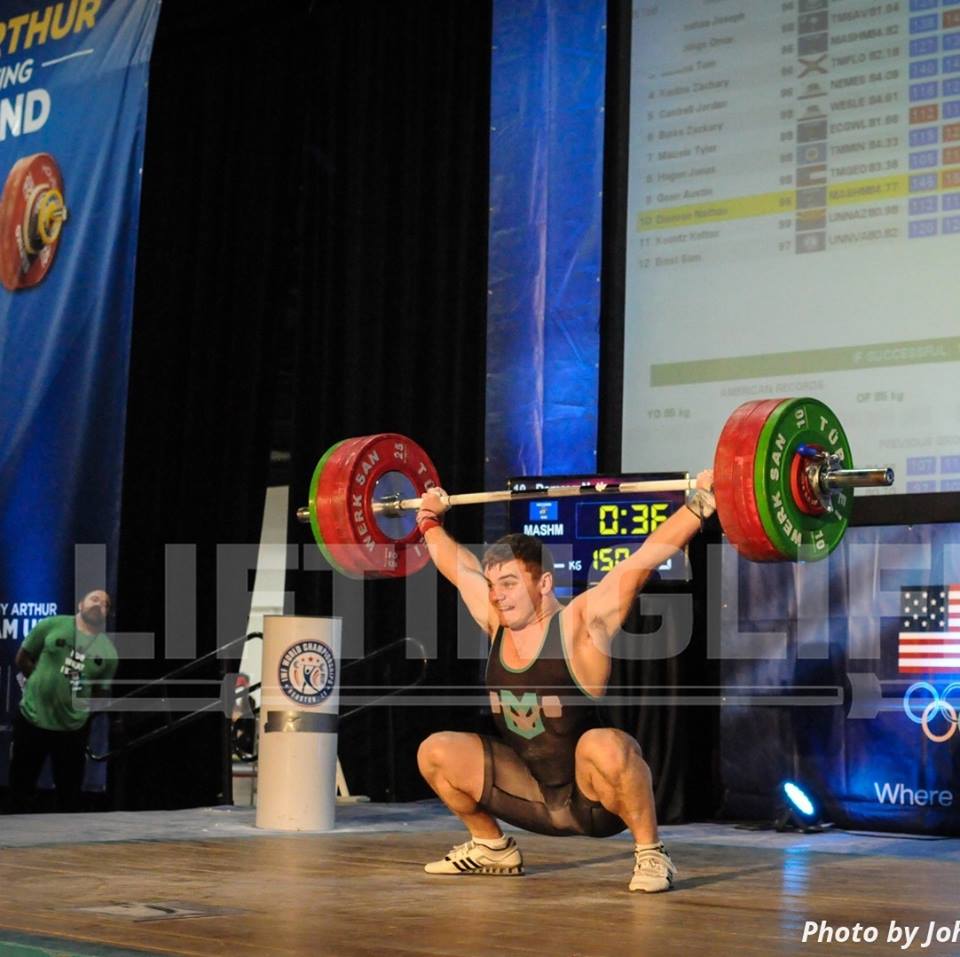 These words are the truth. These are the qualities of amazing athletes. There are choices that you must make as an athlete, and I would prioritize these elements as much as possible. I love getting strong with the best of you, but strength cannot be prioritized over movement if you want to be a great athlete. It really comes down to choices. Everyday we have a series of choices that we have to make. We decide the amount of sleep we get. We choose the food that we ingest. We can lie in bed playing a video game, or we can work on visualization. You get the point. I’ll leave you with this question to ponder as you contemplate 2018:

“Do you want to be good or great?” You’ve probably answered this before, but this time try to be honest.

Guys don’t miss our Soft Grand Opening this Saturday from 10am to 5pm. All of our coaches will be there answering questions, putting on lectures, and dropping knowledge. Coach Joe Kenn will be there are 3pm to give a short talk and answer questions. Our athletes will be there as well putting on a show. If you come, you will see exactly what I just wrote about.

If you have questions, email us at support@mashelite.com.