The Power of Someone Believing in You

The Mash Mafia Affiliate Program is live on the website! Check it out:

Eat & Lift What You Want Team

The Power of Someone Believing in You 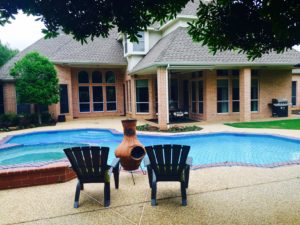 Last night, I had the pleasure of hanging out with my best friend in Southlake, TX. It was a quick one day trip, but well worth it. I am at a crossroads in life, and I needed some wisdom. There is none better than my man, Kevin Jones. I have written about this gentleman several times, and he was the topic of discussion during one of my podcasts. Last night sitting by his fire pit, we not only discussed life, but we recorded the most epic podcast of my life.

The Barbell Life with guest Kevin “KJ” Jones: “The Power of Someone Believing in You”

Both of us grew up in the Mountains of North Carolina. Tough single mothers in small mountain homes raised us both. We both grew up with big dreams and goals without a lot of direction from anyone but each other. For some reason, we believed in each other then, and we sure as heck believe in each other now. It probably had a lot to do with the way we met!

I was in seventh grade, and KJ was in 9th grade. We were at a local high school football game, and there were some older thugs from the rival team trying to pick a fight with KJ. I know this sounds terrible, but it was just a way of life in the mountains around this time. After being threatened by these hooligans, KJ walked over to a group of guys that I happened to be around. He asked all of us if we would help him. I was the only taker out of the whole gang.

At this point in my life, I was probably 5’0” and 125lbs soaking wet, but I wasn’t going to let him go alone. We walked over to the bullies, and asked them what the problem was. Well that question didn’t go over well. In actuality we knew that it wouldn’t. The fight broke out, and we swung with all our might over and over. Luckily, it was broken up, but that camaraderie has lasted a lifetime.

My own son’s name was based on our friendship, Rock. I actually wrote a blog and did a podcast explaining that as well. In short, we are real life blood brothers, and we used a Rock in the ceremony. That Rock has been the symbol of an amazing friendship.

There is one main point that I want you all to get from this article. If you have someone close to you, believing in that person positively can result in that person accomplishing almost anything. KJ now lives in a 7,000 square foot home in one of the most prestigious neighborhoods in the US. He owns and is the CEO of Anovia Payment Systems in the Greater Dallas Area. His company was named the #1 Up and Coming Business in the Merchant Processing World. His company employees over 50 people, and he knows and loves each one of them. 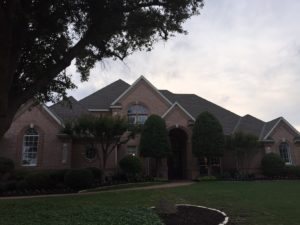 I am not telling you all of this to brag. Heck this guy never posts a pic of his own home. He is one of the most humble people that you will ever meet. I am sure it has a lot to do with our upbringing. I just want you guys to know that anything is possible when someone believes in you. This guy had a ton of people that doubted him. It’s sometimes a cultural thing in the mountains. It’s like no one wants anyone to break free, but this kid did. I knew that he would.

KJ did the exact thing for me. He believed in me when no one else did. He continues to do the same. He always knew that I would become a great athlete, and that belief is all I needed to fuel my fire. That belief sparked an explosion that is still burning wild! After talking last night, I know that I can’t fail. KJ has agreed to be my business adviser, so now I feel the universe unlocked right before my eyes. Now the possibilities are endless!

Listen to the sick Podcast from last night right now: “The Power of Someone Believing in You”

KJ’s biggest gift is his ability to motivate, train, implement systems, and recruit the best people. His company is performance based from the CEO down to the janitor. There is no free ride, but the people that he has recruited love it. If you are someone who wants to collect a salary and hide in a cubicle, you are not the right fit. If you are someone that wants to get paid and rewarded for your hard work, talents, and creativity, they Anovia Payments is the perfect fit.

His ability to motivate is God given. He has motivated me my entire life. Now the employees of his company get to work with someone that will mold them into a lifetime performer. If people buy into what KJ is teaching, they will no doubt become as financially successful as their talents can take them. This trait is exactly what all companies need!

I am excited for the future. KJ and I are going to team up on a lot of brand new projects that will benefit all of you reading this. I can’t wait to roll out all of the new products and services that we are going to collaborate on. I just know that my main goal is to help each and every person reading this, and I believe that KJ is going to help me do just that.

The Mash Mafia Affiliate Program is live on the website! Check it out: