Taking That Initial Leap and Advice for Beginners 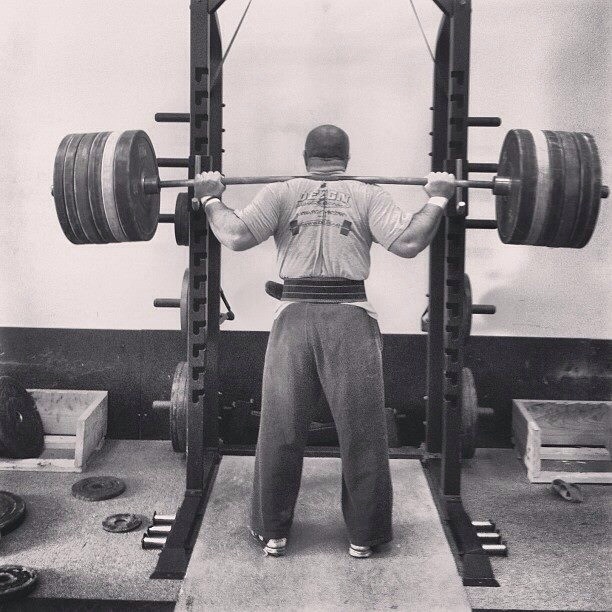 While I was playing football at Appalachian State University, my strength and conditioning Coach Mike Kent told me that I should try Olympic Weightlifting after college. It was a bug that he planted in my head that I couldn’t stop thinking about. The thought of competing for my country was overwhelming. At the time, there wasn’t any facilities or coaches near North Carolina. The only place that I knew for sure that taught Olympic Weightlifting was Colorado Springs, CO where USA Weightlifting still makes its home. I did my research, and I found out that Wes Barnett, two-time Olympian coached weightlifting as a side job at the World Gym right there in Colorado Springs. That was all I needed to know!

After college, I packed my car with everything that I owned, and I headed my car due west. My mother knew my potential, but she also knew that I had $200 to my name. Her parting words were, “I’ll see you in a month.” Most people would have been discouraged by their mother having such little faith in them, but I just saw it as a challenge. People often ask me what the 23 hour drive was like. The question always forces me back in the seat of that 1993 Pontiac Sunbird, and immediately I am flung back into the moment. I remember being excited! I was on an adventure just like in the books that I had read as a young boy. It was summertime, and I remember rolling down the windows and smelling the different smells of all the cities that I passed. Nashville made my heart pound at the thought of all the stars that had made their start right there in that city.

When I reached the Arch of St. Louis, I realized that my trip out west was real. The Arch symbolizes that gateway to the west, and here I was. All the westerns that I had watched on television that had depicted scenes from this very region of the world, and now here I was in my own western. I actually stopped in St. Louis and took a trip up the Arch. I was on my own adventure, and I was finally writing my own story. Kansas City was the next city that I encountered. I was now leaving Missouri and entering Kansas, the final city before Colorado. Kansas is a long western state that reminded me of so many scenes from John Wayne movies that I loved as a child. There were tumbleweeds rolling across the interstate like a scene from the hit series “Gunsmoke”. I was looking around for Marshall Dillon the whole time. The state of Kansas is long, and it gave me a lot of time to think about what was happening.

Looking back, I am most surprised at the one emotion that was lacking, fear. I was never afraid, and I never doubted myself once. I don’t know to this day how I remained so calm. All that I can think of is that God kept me calm because Colorado Springs was the place that He had chosen for me to be equipped with the tools that I would use for the rest of my life. All I know is that I never once doubted my success. All that I could think about was the fact that I was living my first adventure, and I was starting to formulate the way that I wanted my story to end. The take away from this is to begin with the end in mind. One has to know the end result to formulate the plan to reach that result. If you are busy focusing on your goals and the plans to reach them, you will never have time to be afraid. If you find yourself worrying, don’t get upset. Acknowledge that you are upset, shift your focus to your plan, and get to work on reaching your dreams.

When I finally reached Colorado Springs, I went straight to the World Gym where Wes was teaching. I had driven the entire 23 hours straight without rest. I walked in wild eyed, unshaven, and desperate to complete my first mission of obtaining Wes as my coach. The first person that I met was a 6’1” Blonde Russian girl named Anna Timchenko who was at the front desk of the gym. Right away, I was a little afraid because I was thinking that everyone was tall, jacked, and blonde, while I am short, jacked, and red headed. Luckily she was the exception to the rule in Colorado like everywhere else in the world. I asked with a sound of desperation in my voice if Wes was anywhere to be found. Anna told me that he was training people at that very moment. I immediately began begging her to introduce me to him. I explained how I had just driven 23 hours straight from North Carolina, and how I only had $200. I told her that I had to meet him today because I had very little time to make this whole plan work.
Anna told me to calm down, and she then told me that she would of course introduce me. She then led me to the Olympic weightlifting area which was a caged section of the facility located in the back away from the sane members. Wes was a 6’2” 108 kilo lifter. The weight class later became 105 kilo. He was 240lbs of muscle. He looked like a statue carved during the original Greek Olympics. With red eyes, unshaven, and crazy uncombed hair, I introduced myself. I explained to him that I just driven across the country to be trained by him. Looking back, if I had been Wes, I would have thought that I was crazy, but he just smiled calmly, and said, “OK let’s get started.” I wasn’t sure whether to hug him, cry, or scream, but instead I just went to my car, got my bag, and started training.

When Wes took over as my coach, I considered myself to be a great athlete. I had already played football at a very high level, and I had already dabbled in the sport of powerlifting. Wes didn’t care about any of this. The program was basic, and it focused on teaching me the movements. We started with an empty bar, and we didn’t progress until I was proficient at the movement. Putting weight on the bar was something I had to earn by mastering each movement at a time. Too many people try to put the cart before the horse slapping weight on the bar right out of the gate. This is a recipe for disaster and heartache. Patience in the beginning will equate to years of success. The first four weeks should be focused on general strength and special strengths that will allow you to perform the competitive lifts safely and efficiently. Strengthening the positions required to perform the Olympic lifts is the main focus.

Our four week beginner program consists of exercises that will strengthen the specific muscles and coordination patterns of the Olympic lifts like: various Sotts Presses, Bar Only Complexes, Front Squats, Back Squats, Position Pulls, Jerk Position Presses, Overhead Squats, and standing military presses. The sotts press is an important tool to strengthen the correct positions for the clean and snatch. At first a lot of people struggle at these exercises, but with enough practice and some attention to the mobility exercises prescribed earlier, the body will learn the movements. The bar only complexes are profound for teaching the movement patterns properly. The key is to perfect the snatch and clean & jerk with just the bar before moving on. Adding weight to a bad movement pattern will only worsen the pattern.

Front Squats will be an exercise that most weightlifters will perform for the duration of their careers. Front squats are great for perfecting the catch position of the clean & jerk. We mix in some pauses for this movement as well to increase the mobility in the bottom of a clean. As Donnie Shankle says, “The lowest man wins!” Another key is to practice with as many fingers as possible on the bar because that will mean less energy used after cleaning the weight. The last place that athletes want to be is in a struggle trying to get their fingers on the bar before the jerk.

Back Squats are the king of strength. They recruit the most fibers which means they get a weightlifter jacked. That is plain and simple! Any great programs will always have a lot of back squats programmed. Position Pulls are a simple clean or snatch deadlift while pausing at positions 2 and 1 on the way up.

The Jerk Position presses are simply presses performed in the rack position or behind the neck while in the split jerk position.  Overhead squats are a great way of strengthening the snatch position. Once a lifter is advanced, we don’t use this lift as much because a bigger overhead squat doesn’t always equate to a bigger snatch, but in the beginning, the overhead squat is crucial for strengthening all the muscles that will be used during the snatch. Paused overhead squats are another great exercise that we use to improve mobility in that catch position. The key to weightlifting is to be able to catch the weight low as possible, and to be able to get low as fast as possible while maintaining stability. We also use the standing military press to strengthen the shoulders, and to teach proper overhead position that will be required during the jerk.

We also use general strengthening exercises such as: Pullups, Lateral Raises, Bentover Rows, bench press, and dips. General Physical Preparedness is important to get the body ready for the pounding that will be required during a normal training cycle. Our goal is to stabilize the entire scapula region along with shoulders and tricep work to stabilize the arms with heavy weight overhead. We will continue to have general strengthening exercises throughout all of our programs, but they become less important to the more advanced athlete.

Look guys join our online Mash Mafia Team! We are just a bunch of athletes wanting to reach our own specific goals. Some of these guys and gals are weightlifters, powerlifters, CrossFitters, and some are just trying to get jacked. Go to www.MashElite.com/join-the-online-team/.

If you want to join the best Online Teams in America, Click on the Links Below:

Eat & Lift What You Want

My Learn 2 Lift Seminar Series kicks off again in March. Go to www.MashElite.com/seminars/ to sign up!