Let’s all Learn Something from Jon North

Let’s all Learn Something from Jon North

Most of you probably know that my friend and former athlete Jon North suffered a cardiac arrest yesterday. He’s in the hospital right now in the ICU. He’s not out of the woods by any means, and he needs all of your prayers. I can’t help but to think that we can all learn from this tragic moment.

This community of ours is small. It consists of a bunch of misfits that love the barbell. Sometimes we think that the world embraces us and that we have some kind of rock star status. That’s not true at all. If you are a weightlifter, powerlifter, bodybuilder, or CrossFitter, I have news for you. No one truly understands us!

We have fun training. That’s foreign to most people. 95% of the population only works out because they know they should, or their doctor told them to. It’s work to them. They have no idea how all of us have fun training. We are strange to the rest of the world, which brings me to my point.

Some people love Jon North, and some of you never have anything good to say about him. Here’s the thing. No one has done more to bring more people to the sport of weightlifting than Jon North. Heck it was him that brought me back to the sport that I love so much.

In this sport I have noticed so much division. This past week at the Youth Pan American Championships, I learned about even more division than I knew existed. Guys and gals, we can’t afford that. If we can’t respect each other, how do we expect the rest of the world to embrace our beloved sport?

Maybe we don’t all coach the same. Maybe we have different rules in our gym. Maybe Jon slams a bar. Maybe you prefer to guide the bar down. Maybe you bow to the referees and quietly walk off the stage. Maybe Jon is a little crazy on stage.

Man who cares? No one really cares!!! Why do we all have to be the same? Here’s the real point that I am trying to get to. This is a small community. Guys and gals we have to have each other’s back. If we don’t, the barbell will never be accepted within our communities.

We have to love and respect one another. If we do, people will want to be a part of it. People want to be a part of a community that is supportive. People are attracted to communities that resemble a family. For some of us, the barbell has brought us the only family that we have ever known. Yet we treat each other like enemies in a war. We are on the same team.

Jon North has brought people into the sport that would have never tried weightlifting otherwise. His antics and passion motivate people, and that’s great for the sport. Yeah he probably does things differently than you, and maybe he teaches weightlifting different than you. Once again who cares? If someone is doing something to grow the sport, we need to support it. 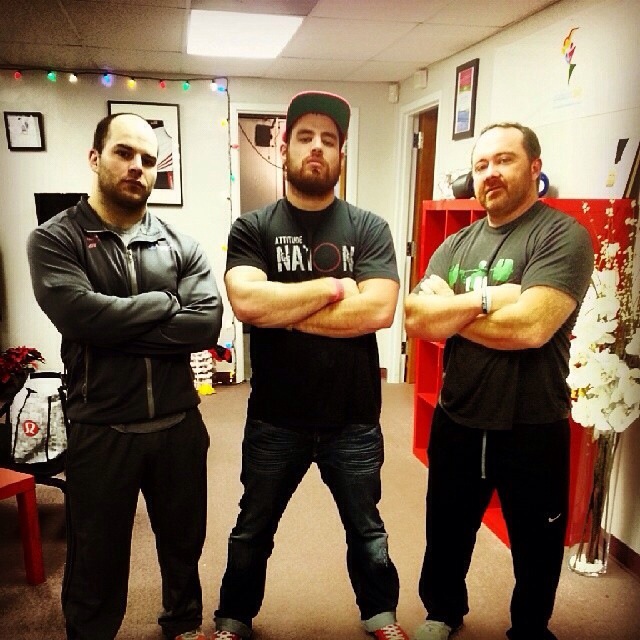 We have to look past ourselves and what we want. It’s not about us. It’s about each other, and growing this awesome sport. The barbell has brought me friends that are now family. Jon North, Lisa G, everyone at Barbell Shrugged, everyone at Caffeine and Kilos, Coach Kenn, Louie Simmons, Greg Everett, Sean Waxman, my team, my affiliates, and all the rest of you.

Look if we can’t love each other, how in the world is anyone outside the barbell ever going to embrace it. Jon was one of my athletes. He taught me all about podcasting. He is my friend. We just talked two weeks ago for the first time in a long while. It was so good to hear his voice.

Today rocked my world at how fast I could lose someone that I care about. I lost Chris Moore just a couple of months ago, and now this. I don’t know about all of you, but I am done being mad or holding grudges. Life is too short, and God is so much bigger than all of that.

Is there anything more important than the relationships that all of us will make during our time in the barbell world. It will be he conversations with each other. It will be the smiles that we witness. It will be the dinners after a long day of competing.

At least that’s what I hope to remember when I am an old man. I won’t think about all the bad stuff, so the bad stuff really isn’t important at all. Let’s be aware of that right now. I will see Adee smiling after a mad attempt. I will see that look on Jacky’s face. I will remember dancing with Rebecca while warming up. I will remember the Arnold Classic with Jon North slamming bars when the powers than be told him not to. I will remember Dylan winning Junior Nationals for the first time.

I am not going to remember the people that talked bad about me. No one will care about the people that didn’t like Jon North. However people will forever remember Jon’s passion and antics that lit the world of weightlifting on fire.

Today I pray for Jon, Jessica, and Lincoln. I pray for Jon’s recovery. I pray that God will use this situation to bring that family closer than ever to each other and to Him. I also pray that all of us will learn something from this. We almost lost a brother today. Don’t forget that. Is a petty disagreement really worth talking bad about someone? That someone could be gone from this earth at any moment. Who really cares? No one is the answer. No one! Let’s support each other. Let’s love each other. If we can’t love each other, how is anyone ever going to want to be a part of this crazy world of ours? Let’s start today! Right now! I will start today. Will you?