Below is the summary of my amazing visit to Westside Barbell Club! Here are the topics discussed:

• Differences in weightlifting and powerlifting
• Louie’s constant search for advancement in strength
• Louie’s ability to never lose focus is a thing that all coaches could learn from.
• The major principle that has kept Westside #1 for so long.
• The number one way that has guaranteed the success of Louie Simmons

Last week, I had the pleasure of visiting Westside Barbell. I had spent the better part of the day with EliteFTS, and I decided at the last second to stop by Westside in hopes of seeing Louie. I explained to my friend that we were about to step into the real world of powerlifting. For all of you that know, it is nothing like Olympic weightlifting. 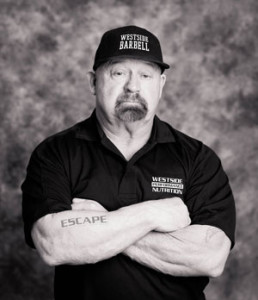 Olympic weightlifting is a sport of movement, balance, and timing. It requires athletes to be mobile, focused, and precise. Powerlifting is a sport of absolute strength, emotion, and fearlessness. You can imagine the contrast. Westside Barbell is 110% emotion, fearlessness, and power. When you walk through the doors of Westside Barbell, the expectations immediately raise to a level that is unimaginable to the average person. Obviously Westside isn’t for the average.

Louie wasn’t there when we first arrived. However he was on his way, so we patiently waited on the King of Powerlifting. When he arrived, he was still the same Louie. He greeted me with the same warm welcome, and he was excited to show me the new toys that he is working on. My friend just smiled, listened, and soaked it all in. Personally my heart was pounding, and immediately I was taken back to my years of Powerlifting.

Every time that I am around Louie, I am reminded of the coach that I want to be. He is in a constant search for the next best thing to get people strong. I believe that Olympic weightlifting could use this. A lot of our top coaches have been coaching athletes a certain way for years, and they are set on continuing this approach. Now some of these coaches have produced awesome American athletes. However, if we want medalists, then changes have to be made.

There are plenty of times throughout the year to try new things. I totally understand that if you are preparing for an important meet that you don’t want to risk trying new ideas. However, if you are 20 weeks away from a major competition, that is the time to add in some new exercises and programming. Personally, I was totally inspired to try some new ideas.

Walking into Westside Barbell is like waking up on Christmas morning for real strength athletes. For most, it is probably like walking into an ancient torture chamber. The first machine that he showed me was an Inverse Curl Machine that promises to get the hamstrings super jacked. When it comes to anything for the posterior chain, Westside has it.

Louie is the inventor of the Reverse Hyper, so that pretty much makes him the father of the posterior chain. There are about 4 versions of the Reverse Hyper within the mighty walls of Westside, and all of them promise to attack the hamstrings, glutes, and lower back in a different way. Along with the multiple Reverse Hypers, Westside also hosts multiple GHDs, belt squat machines, plyo swings, and a host of pieces that I don’t even know what they are. Along with all the special bars and racks, it is a powerlifter’s paradise.

Louie loves strength! That is why he is successful. There is no other reason. It is not because he was so creative on social media all these years. He could care less about social media or marketing. He just wants to coach, write, and create. We could all take a lesson from Louie on this. It seems that today’s coaches and athletes are more concerned with social media than doing the things that they are passionate about. I am guilty of this at times. Social media is a great way to educate and teach. However, if it becomes the focus, then maybe it is time to reevaluate.

Because Louie trusted his passion, he has been able to influence powerlifting, MMA, football, and basically all of strength & conditioning. He spends his entire life coaching, studying, and writing. He doesn’t allow himself to be distracted by the fame that surrounds Louie Simmons and Westside Barbell. He could care less, and that is what makes him Louie Simmons.

As far as his Westside Barbell Club, we could all take some notes from the way he runs his club. First, the expectations are that of being the best. When you walk in and look at the board, you realize that the bar has been set super high. The names of guys like Dave Hoff, Jason Coker, and Chuck Vogulpuhl written on the infamous Westside Record Board sit staring at the new members. The names seem to be smiling at the other members of Westside as if they are daring the others to take them down. 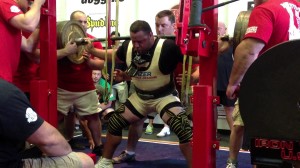 That is an atmosphere that I am drawn to. Guys that are or will be champions will flourish at Westside. People that simply don’t have the heart of mind to survive Westside will probably weed themselves out. Let’s face it, out of 100 powerlifters; there is probably one that has heart to do what it takes to reach the top. If you don’t, Westside will find you out.

This might seem harsh to some, and that is ok. Westside is a private club. Louie doesn’t make anyone pay money to workout. He makes them pay with the blood and sweat of becoming a champion. Louie gives his athletes expectations. If they don’t meet those expectations, there time at Westside is over. I love that! It’s a place to build champions, not to babysit mediocrity. America needs more places like this one.

Before you all think that I am some heartless monster, there are places that are designed to help people get healthier, stronger, and better, places that take individual goals in mind. These places are awesome! I have owned these places, and I have loved these members. I am talking about building champions like Team Mash Elite is attempting to do with Weightlifting and Powerlifting. If you don’t have the ability deep within you to go where others have never gone before, then you don’t belong at Team Mash Elite or Westside. Period! If you don’t have it, then you are wasting your time and the time of the coaches that are working with you.

This is the same approach that is taken with any major collegiate program of professional program. These coaches want winners. There is a time in high school programs where the main concern is for the athletes to learn the sport and have fun. When you enter the next level, it is time to flip the switch. I have watched some athletes flip that switch easily, and I have watched some never be able to take it to that next level of winning. It is a genetic trait that is very hard to influence for coaches.

I am so excited to be a part of Team Mash Elite. I have every intention of being a big part in taking the Westside expectations and applying those expectations to our team and company as a whole. We have a chance to influence the sport of Olympic weightlifting and Powerlifting for years to come. Our company has the opportunity to influence the world of strength and conditioning with the best Barbell Coaches that America has to offer. I want to leave my influence on all, so the world of strength will end up just a little bit better than I found it.