Come check out the “Mash Strength Spectacular” on September 2nd. Find out more:

There is so much more to lifting weights and strength than simply picking up a heavy barbell. Yeah that’s fun, but there is something so much more that most people are missing. Actually sometimes it feels like the world has forgotten the best parts of the strength world. One of my main missions in life is teaching all of you about the roots of strength training. I want you all to experience relationships that can form simply from a common love of the barbell.

My two best friends from college were not my fraternity brothers or classmates. They were my training partners Chris and Kristi Mason. Yeah they are married now. We formed a relationship based on bleeding together in the weight room. We were there for each other during our successful competitions, and we were there for each other when we didn’t quite hit the mark. We cheered each other on during never-ending sets of squats. We kept each other safe as we pushed the limits of human capabilities. 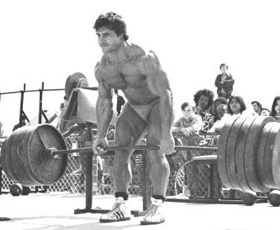 I remember most the days of Appalachian Fitness Center in Boone, NC while we hung out around the entrance after grueling sessions. Once we were all talking about our love for training. I remember tears running down my face as I explained how much the barbell meant to me. I mean the barbell allowed me to transform my body into just about whatever I wanted. I was in control for the first time in my life. For a kid that grew up in a broken home, that’s a pretty amazing feeling. I couldn’t share thoughts like that with anyone else. They simply wouldn’t get it.

York Barbell got it back in the days of the York Picnics. People from all over the world traveled to York, PA to lift weights together, and more importantly just to hang out together. Was it competitive? Well yeah, but that’s now what it was about. It was about being around people that understood each other if only for a weekend. The barbell bonds people in a way like nothing else. I have met people that I consider family, and the main connection that we had was the barbell.

Maybe I am old school, but it doesn’t seem like a lot of people get that nowadays. People lift weights, take videos, and run home to get on Instagram, and it appears that they are missing the most important part. I remember going to a party with Steve Jeck, Ed Bodenheimer, and Chris Mason during my days at Jack King’s Gym. A couple of beers later and we are lifting logs and stones together like it was the World’s Strongest Man Live from Winston-Salem, NC. If you don’t know Steve Jeck or Jack King, I’ve pretty much made my point. 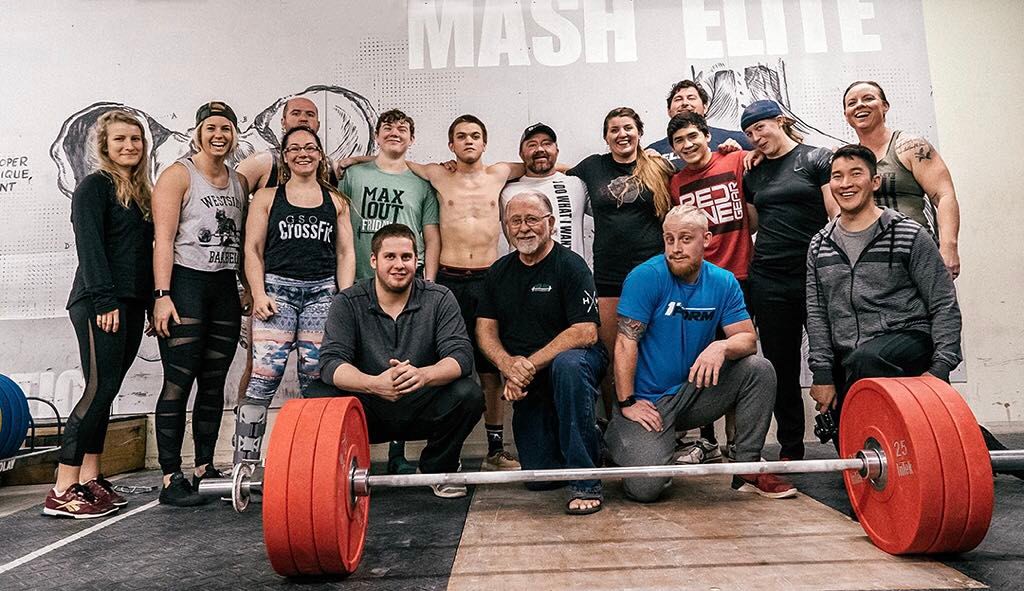 Here’s the thing. You can have one million followers, and I will say cool you must be a good businessperson. However, that many followers will never allow you into the barbell fraternity. Only blood, sweat, and camaraderie will get you in that club. You have to endure those sets of ten on squats to earn your way into that club. You can take all of the cool videos you want, but it won’t get you there. Hey maybe you don’t care. That’s fine, but it will be you that missed out on the most important part of the barbell experience. Personally I’ve earned my badge. I can look people like Ed Coan, Steve Goggins, Brandon Lilly, and AJ Roberts in the eye, and they will know dang well what I sacrificed during my days with the barbell. You can’t fake that man. True players know! Right Coach Kenn?

In September, I am hosting an event on my family farm in Mocksville, NC called the “Mash Strength Spectacular”. We are hosting it September 2nd over Labor Day Weekend. We are having weightlifting, powerlifting, and strongman, but more importantly we are bringing all the worlds of strength together. This isn’t about money as all proceeds go to my non-profit team, so I am not getting a dime. It’s all about bringing back that York Barbell experience.

We are going to lift weights, set records, and crush PRs, but we are more importantly going to hang out into the wee hours of the night talking about training, life, and love. That’s what it’s all about man. It’s all about the community centered around a inanimate object, the barbell. It’s the process that we all go through that brings us close together. The only way in this club is through that grinding process. If you know, you know. If you don’t know, you don’t know. Period!

I hope that this article, rant, or whatever you want to call it resonates with some of you. I want you all to experience the beauty of the barbell fraternity. Lisa G is a lady that some of you might remember. She was a 40-year-old nurse that couldn’t do an air squat until she met me. She went on to fall in love with the barbell and the process. She competed in weightlifting and powerlifting, and she killed it. She died a few years ago, and her passing rocked my world. My heart was crushed. It was as if a sister of mine had died. I have come to realize that it was a sister of mine who died. I hope all of you will experience family like that. family that is created and nurtured in the gym center around the barbell.