What is your “why”? by Coach Nick Scott

Check out one of our six E-Books:

In my opinion, this is the most critical question anyone can ask themselves about anything.

The question goes much deeper than just “why do you workout?” People will reply… because I want to be fit, strong, healthy, or I want to compete, etc. Those are very hollow responses. If we use the Socratic method of investigating the truth, their generic answer will just lead us into an almost never ending interrogation simply consisting of “why?” Hopefully, this would lead to the ultimate truth.

However, often to find this answer takes a ton of personal honesty, candor, and courage to truly discover. The answer also may change over time, as many things do in life. But at a fundamental level, it will remain largely unchanged. I’ll freely use myself as an example of how my process to find my “why” looked.

I started training in martial arts at 5 years old. I was fascinated with action flicks with Bruce Lee, Chuck Norris, and Jean Claude van Damme. I then got into my teenage years and played basketball, football, track, and did some strength training. Then later in life, I got into MMA (mixed martial arts), bodybuilding, CrossFit, powerlifting, and finally Olympic weightlifting.

Now to give all of this some context, let’s go back and look at the timeline in more depth. As a child, I was moved around all the time by an abusive mother (30+ schools by the time I was 14 years old).
I was a very angry kid, and I got picked on a lot for being the new kid. Martial arts helped me focus my anger and give me a means to defend myself. That was my why. As I aged, I had terrible asthma and was hospitalized several times. My grades weren’t great, either, since I was never in one place long enough to keep up on my schooling. It seemed like everyone was telling me what I couldn’t do. I wanted to grow up to be a fighter pilot, but everyone told me my grades were too poor to do that. I wanted to play sports, but they said my asthma was too bad. I got even more angry. I realized sitting around feeling sorry for myself would only prove them right. So, I decided to prove them all wrong. That was my why for sports. 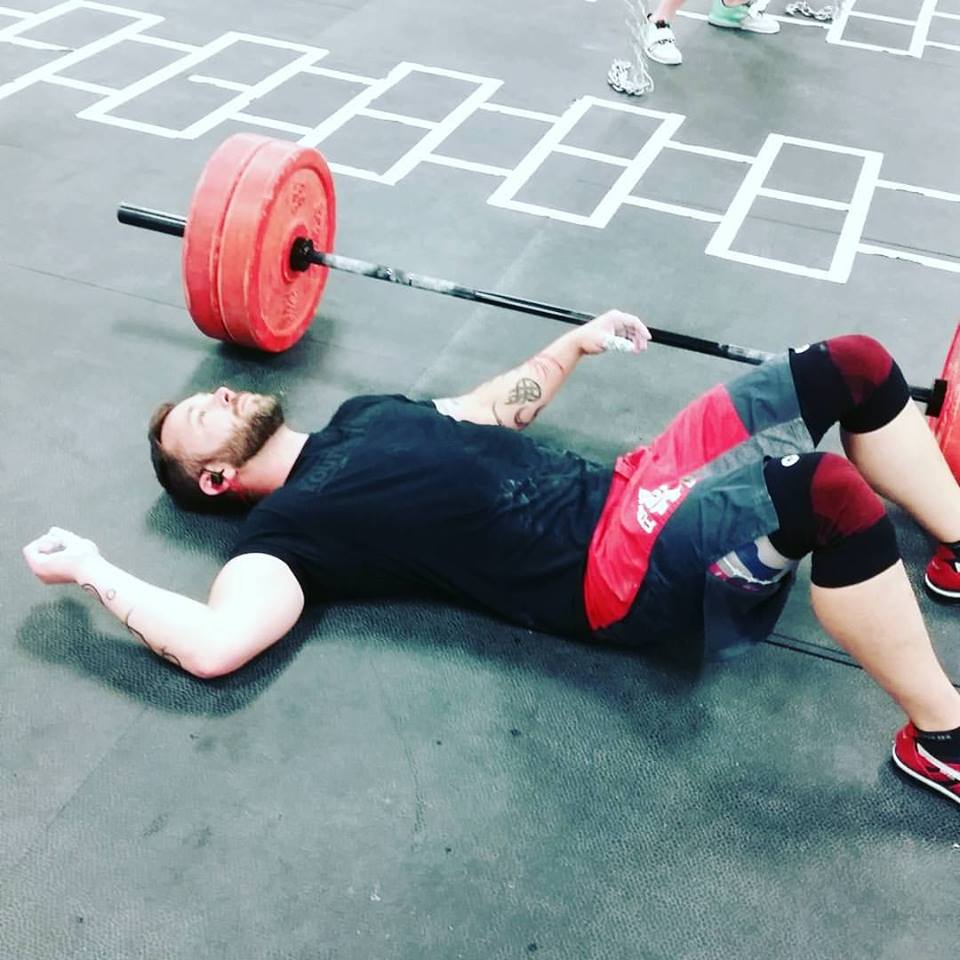 Then in my middle 20’s I didn’t really know what I wanted to do, and felt pretty lost like most 20 somethings often do. I decided I had been doing martial arts for nearly 20 years, and I enjoyed getting into fights. So, I figured might as well see how well I do against other fighters. I guess I wanted to prove something to myself. I did, that was my why. Then I started bodybuilding because I basically just wanted to look good and get attention. All of this was me focusing on me, typical 20’s mentality. I wanted to see and test what I was capable of. I needed more sense of self, and self-worth, I suppose.

Then I got into CrossFit. I opened a gym, and was responsible for training other people and helping them achieve their personal goals. We ended up competing at Regionals in 2011. It was a really fun experience for everyone. But I knew we could all do better, and that I had to do better as a coach.

This began my understanding that in order to achieve mastery of something, you need to be nearly singularly focused on that thing. I was always good at whatever I put my mind to, but everything else was always put to the side to achieve it. I realized that is pretty much how it needs to be in order to accomplish anything great. I decided I could no longer compete as an individual. I realized that as a gym owner and coach, my priority was to help my athletes and members. It was not to stand on a podium going “hey, look at me and how awesome I am!” It was about them now.

From that moment, I only ever competed as part of my team. I got into powerlifting, seeing the trend that strength was becoming a much bigger emphasis of CrossFit competitions. I needed to learn from the experts on how to get everyone stronger. I learned from Rick Hussey, Becca Swanson, Shane Sweatt, and Laura Phelps -Sweatt. I started practicing and using Westside Barbell training in my CrossFit athletes. The changes in my athletes were dramatic to say the least. We made it to regionals again in 2012 (placing 50% better than just a year previously), and although I qualified as an individual, I competed on my team again. I was happy and fulfilled.

But I could see the holes in our training again, and I sought experts in Olympic weightlifting to improve this area of my athletes. During this time, I realized that by owning a gym I was unable to give as much focus as I could into training my athletes and monitoring their training personally. I was becoming more and more invested into the “business.” I was becoming unhappy. So I decided to sell the gym and focus solely on coaching again. Shortly after this I started developing heart problems. I had dealt with health issues in the past and always pushed back harder. This was due in part to my past; I felt like these were a manifestation of the universe or god telling me I couldn’t do something. So I fought back harder, and though I won….It cost me, either with permanent issues related to the health problems or in relationships (friends, family, and romantically). I decided to stop competing altogether.

Now I can say I know my why, and why it has evolved. I had my time and now I want to help people. Training, for me, needs to be about what can I give and how I can help. The only thing I have left to “prove” is that I can get past myself, drop my ego, humble myself, and put others first.

This is my story of finding out my “why.” The answer is often never a simple one. When you ask someone, “Why is it so important to you that you squat 600lbs?” And they answer with, “Just because it’s what I want to do,” you’ll know that’s almost never the real answer, and they probably don’t even realize what the answer really is either.

When you do discover the answer to this most fundamental of questions, it will polarize everything you do. It will give you more clarity and focus than you’ve ever had. In some cases, it may change your current trajectory altogether. I suggest you always ask yourself this question with everything you decide to dedicate your focus and efforts towards. Maybe it’s as simple as you find yourself feeling overwhelmed with life and work, or maybe you’re getting older, had a kid, and feel like you just have to buy that motorcycle to prove that you can still do what you want despite all of your obligations. This is about as cliché as it gets, but you get the idea.

Don’t become a cliché, stay in tune with your why. You’ll get more out of everything if you do, I promise!

Coach Nick Scott has earned my respect as a coach and programmer. His thirst for knowledge is exactly what other coaches should have. His creative brain makes his programs fun and exciting. We are looking at ways to bring his services to all of you. Stand by for some really cool things in the future.