“The Mash Blueprint for Strength Programming” and “Squat Every Day II: Variations in Intensity and Volume” have both launched today at the lowest price that they will ever be. Check them out below:

==> “Squat Every Day II and The Mash Blueprint” 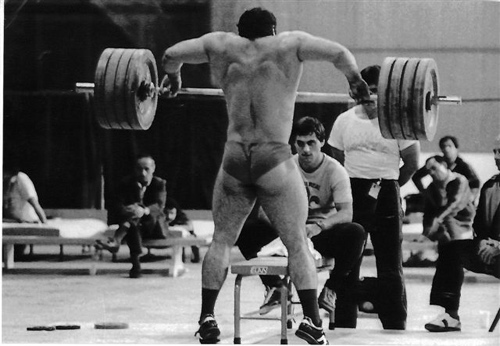 At last year’s American Open, there were over 900 people competing. It was the biggest competition in the history of the sport. This was great for the sport, but it made things a little difficult for the athlete.

The biggest obstacle was the wait time between attempts. A 3-kilo increase could put you 12+ attempts back in the pack. This was especially true for some of the “C” and lower flights because the athletes are grouped based on qualifying total. That means they are all fairly close in strength and talent levels. 12 or more attempts are a long wait without performing lifts to stay warm. This leaves the athlete faced with three decisions:

1. Go to the warm up room and drop down in weight and wave back up.

2. Don’t do anything and risk getting the athlete cooled down.

The first option is a common way of doing things, but the problem at this meet is that the athletes might end up doing this four times throughout their session. Four waves are enough to exhaust any lifter. We did this once or twice throughout the weekend, but we wanted to find a better way.

Letting the athlete cool down is normally a terrible idea. Weightlifters need to feel warm, so their movement isn’t restricted. Getting cooled down can also make the weight feel heavier. This technique doesn’t work well for many people.

We ended up trying option 3 and trying something else. We decided to use Postactivation Potentiation to give our lifters an advantage. P.A.P. is a fancy term for finding ways to feel heavier weight throughout the exact or partial Range of Motion that you are about to perform before performing the movement with the actual weight. The theory is that the force exerted by a muscular contraction is influenced by its previous contraction.

We use this theory all the time with the powerlifts, but we have never used it for the Olympic lifts. Well this was trial by fire because we had to figure something out. We used Snatch Pulls and Clean Pulls for our experiment. Here is the way it looked:

If the athlete had just snatched 120k and was increasing to 125k putting them 12 attempts back, we would do three Snatch pulls:

Then snatch 125k on the platform 3 attempts later. This technique worked like a charm. We used it sparingly at first, and at one time we were 6 for 6 using P.A.P. That is when we changed to using it solely as the wave technique.

The meet had my head spinning about the application of this principle into a program. I want to use it for my advanced athletes to increase their snatch, clean, and jerk. I finally completed a plan this weekend, so now it is going into trial phase with my athletes and me.

Here are some keys to think about if you are going to try the same things:

• Only try this with experienced lifters that already have great technique.
• Adjust the volume of your program to accommodate the increased volume of pulls or whatever you decide to use.
• Start by using the technique one or two days and then note the effects. 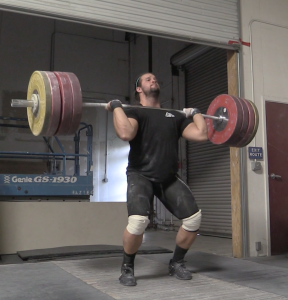 For the jerks we are going to use jerk squat dips to overload. We will use jerks from the blocks to experiment with this technique. However, I am going to get creative with this technique, so you might see some bands and chains for the pulls. However, remember that less is more when trying something new. Don’t get carried away to soon.

We have been waiting so long, and the day is finally here. Today we launch two new resources that we have been working on for months.

First, there’s the Mash Blueprint for Strength Programming. It’s a simple but effective system for building your own program. There are guidelines for how to add assistance and cardio – as well as how to change the program so you can keep progressing for a lifetime of gains.

We’re also launching #SquatEveryDay II: Variations in Intensity and Volume. The original #SquatEveryDay from last year works perfectly for some athletes. However, I’ve realized that some of my lifters have different volume needs. So in this second #SquatEveryDay book, I’ve outlined two levels of higher volume programs. Lifters tend to fall into one of three categories as far as volume requirements – and with both #SquatEveryDay books, you will now have programs for all three levels.

And while we’re launching these products, you can grab The Blueprint and grab #SquatEveryDay II right now for the lowest price they will ever be. 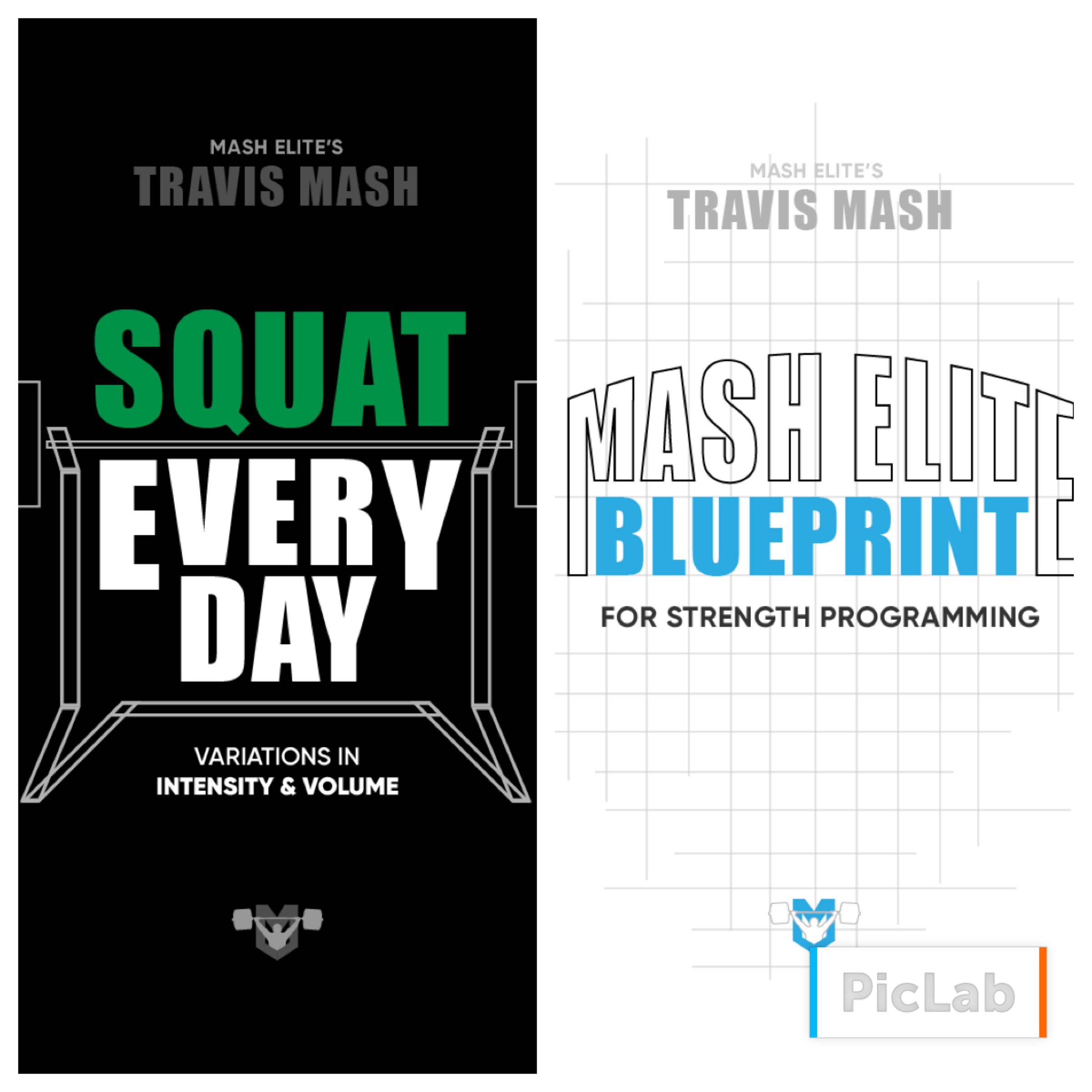 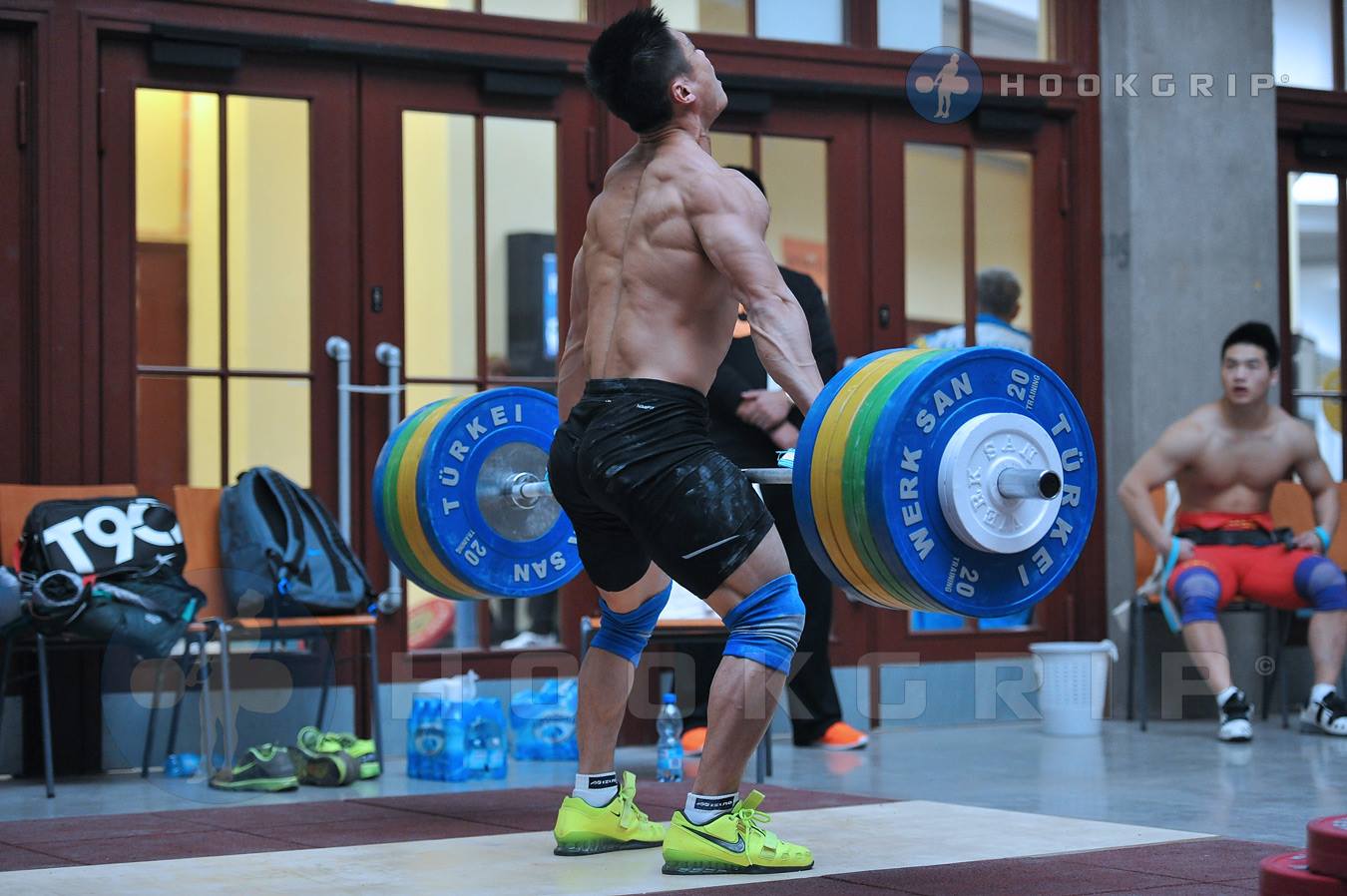