Jack King: How to Leave a Legacy

Jack King: How to Leave a Legacy 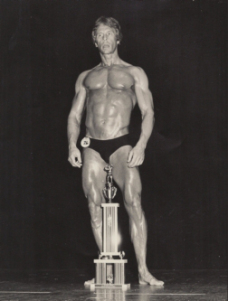 Yesterday, the Iron Culture of North Carolina said goodbye to Jack King. My heart dropped at the news of this legend’s death. Jack ruled the North Carolina scene in Olympic weightlifting and bodybuilding since the 1960’s. I won my first WPO and National Championship in 2002 training out of Jack King’s Gym, and I will never forget the way his presence controlled the room.

Jack and I got along right away. He liked the pure way that I handled the Iron. I was still performing the Olympic movements, like now I was a well-rounded strength athlete. I think that earned a little respect from him. Louie Simmons influenced my training a lot over the years, but only Jack King can say that he was my coach. Other than him, I coached myself over the years.

I loved his no nonsense approach to coaching me. If I were doing terrible, then he would tell me. If I was doing well, then I might get a nod. I knew what that nod meant. I am not an athlete that needs someone to pat them on the back all the time. I was determined to be the best from early on, and he knew that. He seemed to know all of us, and was able to give all of us exactly what we needed when we needed it.

Jack King is legendary for so many reasons. Yes he dominated the local scene in Olympic weightlifting for many years, and did really well on the National scene. He won major bodybuilding competitions around the US. However, the reason that he will be remembered is for his love of passing on that information.

After retiring from the insurance business, Jack worked full-time in his basement gym in Winston-Salem, NC. He trained everyone in his gym that wanted his advice for free. We all watched him workout harder than all of us right up to the last days of his life. The man lived the code until he took his last breath.

There are so many people out there that want to be lifting legends, but they are missing the point completely. It isn’t about records and wins when it is all said and done. It’s about inspiring the most people to better their lives.

Becoming a legend like Jack King is a very hard thing to do. That’s why there is only one Jack King. If it’s what you really want, here is a list of things to do:

• Compete in an Iron Sport and dominate on a National and International level
• Develop a work ethic that scares most people
• Continue to train harder than anyone around you right up until you take your last breath.
• Never stop gaining knowledge about the sport or sports that you love.
• Find as many avenues as you can to pass on the information
• When you see talent, let them now it.

I will never forget Jack King. He was the first person to see the champion inside of me. He told me that I could be the best if I stayed on the path. No one had ever told me that before him. He will never know how much that impacted my life. That little bit of encouragement was all that I needed to become the best powerlifter of my time. Thanks Jack! RIP my friend! 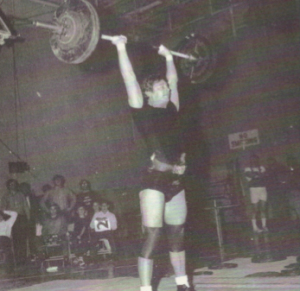