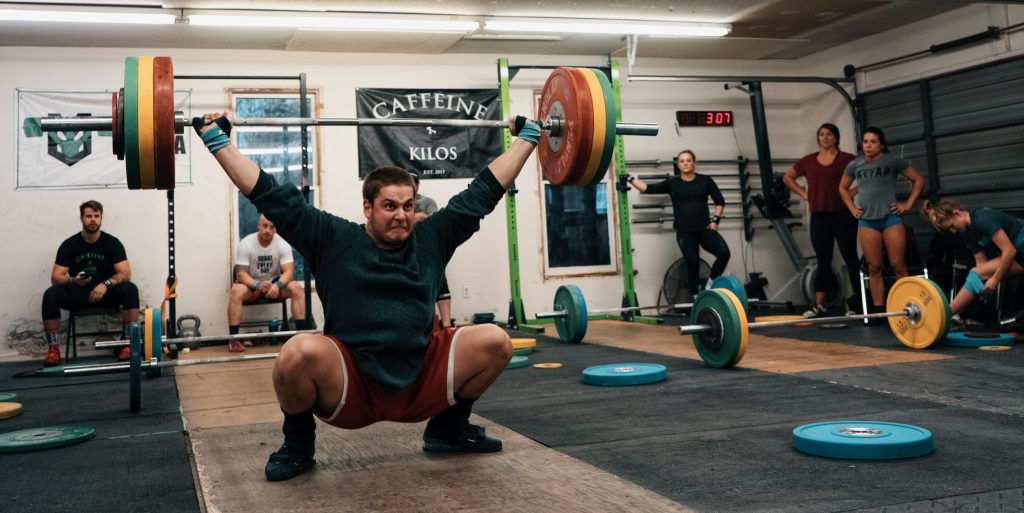 I decided to go to summer school because I want to expedite the process of my goal to obtain my M.S. in Exercise Science along with my PhD in Human Performance. Don’t feel sorry for me – my seminar class has been a blast so far!

The Science of Hypertrophy

The class has been incredible. In week one, I had to read two research articles regarding hypertrophy and watch a lecture online also regarding the latest in hypertrophy. The research was co-authored by my main professor, Dr. Alex Koch, who was also the lecturing professor in week one. The class is so much fun I decided to pass on the highlights to all of you to hopefully help you in your pursuits in coaching and/or your own training.

The research was published in the German Journal of Exercise and Sport Research.

A big heads up! If you simply want to know the latest in hypertrophy training, you can skip down to the fourth question “regarding exercising programming.” I will have the bullets for you broken down into the different strategies. If you want to know the science behind the answers, read the whole article. 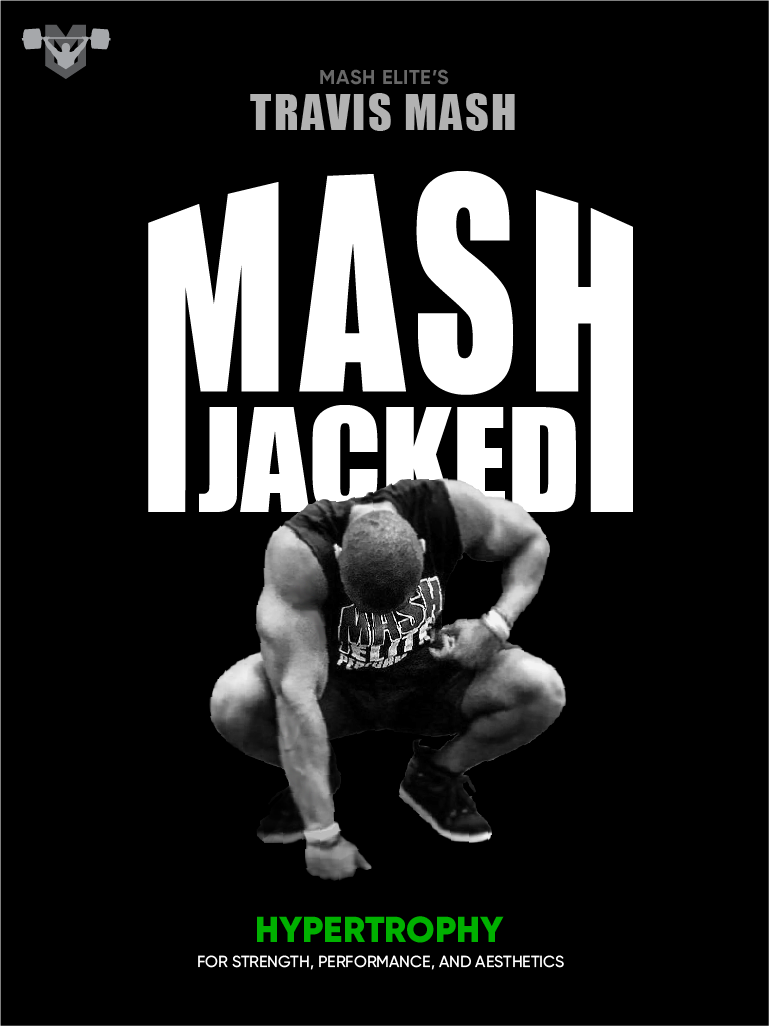 Hypertrophy for Strength, Performance, and Aesthetics.

World champion and world-class coach Travis Mash has combined the latest research with his decades of practical experience to bring you an amazing resource on muscle hypertrophy.

Digging into the Study

Here are some of the questions I had to answer, along with my answers:

1. The paper disputes “hormonal theory of skeletal muscle hypertrophy,” which was the prevailing scientific thought from the 1980s until very recently. Briefly summarize what hormonal theory is.

This theory suggested the acute elevation of testosterone, growth hormone, and IGF-1 that immediately follows resistance training was the main mechanism for hypertrophy. It appears the main problem is the elevated levels don’t stay around long enough (only 30 minutes or so) for long-lasting hypertrophy to take place.

2. What is the mechanistic target of rapamyosin (mTOR), and how does it relate to muscle growth?

mTOR is a main regulator of protein synthesis in skeletal muscle. When there are plentiful supplies of glycogen present, mTOR is going to be a major component of hypertrophy. When energy supplies for ATP are limited, its inhibition will actually cause atrophy to conserve energy.

This very statement is the reason trainers and coaches need to understand basic physiology. You can’t just train hard and heavy and expect results. ATP is needed for basic cellular function, so the body isn’t going to let you burn it up because you want to do some crazy workout after staying up all night and not eating. The body will actually inhibit the release of mTOR, and boom, you’re going the wrong way.

3. Describe the influence of the following factors on mTOR activity:

4. Regarding exercising programming, what does the evidence presented in this paper recommend as the best strategies to develop hypertrophy in terms of:

For each of these named program variables, provide the paper’s recommendations as well as a brief accounting of the evidence the authors use to support their recommendation.

Volume – The answer is more complicated than a simple prescription. There was notable hypertrophy discovered with resistance exercise at only one set by Mitchell et al. (2012). However other studies showed differences in one and three sets depending on the muscle – for example Starkey et al (1996) reported that the medial thigh muscle only experienced significant difference in hypertrophy at three sets, so in that case one set wasn’t enough. Other studies showed more than double the increases in hypertrophy after multiple sets with ten sets being the maximum. However (Barbalho et al., 2019) showed no advantage to going over ten sets.

The wise thing to do would be to start with one set and as hypertrophy slows down simply add a set in all the way up to ten sets. There are other variables not considered in the studies like multiple exercises per body part, which would likely create even more hypertrophy.

Intensity – This is an interesting mechanism of hypertrophy. Most recently we have learned lower intensities at around 30% can invoke similar hypertrophic gains as higher loads between 75-80%. Burd et al. (2010b). In most studies volitional fatigue is one of the key factors to eliciting hypertrophy especially with the lighter loads. Most research will show greater muscle activation with the heavier loads (Schoenfeld, Contreras, Willard- son, Fontana, and Tiryaki-Sonmez, 2014; Jenkins et al., 2015a) FYI, two of these gentlemen are my friends. Schoenfeld believes the lighter loads led to greater Type I fiber gains, but that’s not proven.

The important key in choosing intensity would be the understanding of your population. If you are coaching athletes, especially in a contact sport or one requiring massive amounts of power, muscle fiber recruitment – especially in the Type II fibers – is crucial. However if you were coaching a general fitness population or especially a geriatric population, I would recommend lower intensities as they are shown to signal similar hypertrophy gains. (Burd et al., 2010b) “discovered that lower loads require significantly greater total workout volume to induce the phosphorylation of anabolic kinases.”

(Carroll et al., 2018, 2019) most recently showed that staying at a relative intensity from 65-90% as opposed to absolute failure will still induce substantial hypertrophy and in some cases superior. For athletes this might be the way to go because excessive volumes of muscle damage could be avoided allowing more adequate recovery and reducing the risk of injury.

Once again if the trainee is a novice, training a body part once per week is plenty for hypertrophy gains. Advanced individuals might consider maximizing frequency for an efficient way to increase total volume and to see if higher frequency elicits a better overall response.

Rest periods – All the data points to longer rest periods if hypertrophy is the goal. Most studies compared three minutes versus one minute. Simply put, the longer rest periods allowed the trainees to perform more total volume to volitional fatigue or near failure leading to the “activation of anabolic kinases by intrinsic factors muscle contraction (mechanotransduction).” Buresh et al. (2009)

Speed of contraction – This is an area I hope to dive into much deeper with velocity based training. It appears based on the studies (Shepstone et al., 2005) that higher velocity eccentric contractions produced greater hypertrophy gains especially in the Type II fibers, making this finding even more important to athletes. However there was no difference in mTOR and p70S6K phosphorylation in the higher velocity and lower velocity sets when the workload was equal leading researchers to attribute the growth to greater acute “Z-line streaming” (myofibrillar remodeling) (Shepstone et al., 2005). Some speculate the higher velocity sets lead to higher volumes, which in turn leads to greater stimulation of the intrinsic factors of muscle contraction, such as the mechanotransduction pathway.

I hope this little article gives you some insight regarding training for hypertrophy. I knew I picked the right school when hypertrophy was the first topic. Dr. Alex Koch and Dr. Keith Leiting are both incredible professors who happen to love strength training. I can’t imagine studying under anyone else in the country. Thank you Lenoir-Rhyne University for giving this old guy a new trick to learn, and especially thank you Dr. Alex Koch for making this happen for me.