The Most Common Technique Mistakes for the Main Lifts

A lot of coaches are good at recognizing dysfunctions. Simply pointing out a movement flaw is the easy part. The difficulty lies in properly fixing an athlete’s dysfunctions – and that’s what separates a good coach from a great one.

I hear way too many coaches say things like:

Believe it or not, most athletes already know these issues. They need to know how to fix the issues – not simply to be reminded of them. That’s what this article is about.

Of course I can’t give you the fix to every mistake an athlete can make – it would take a series of books. However, I can give a few for each lift, and over time – in a series of these articles – I can help you start to understand dysfunctions and corrections.

This year, I am determined to make a change in the coaching world. I ended 2018 recognizing the need for change. All at once it was clear to me what I needed to do. I was tired of talking and complaining about the issues in coaching. I am now determined to make a difference – which will be the moral of the story for 2019 and the foreseeable future. It’s time to make a difference. If you’re a coach or an athlete, I want to provide you with tools to reach your goals.

I’m going to start with the big six lifts I have so often written about:

I will write about other movements during this series – such as front squat, trap bar deadlifts, and push press – but the focus will be the big six for now.

MISTAKE: Hips push the bar out during bar-to-body contact

CAUSE: Pushing the bar out in front happens when the hips are pushed past vertical. This can be for two main reasons.

REASON #1 The bar drifts forward off the floor, leaving it in front of the body, and forcing the hips to reach for it to make contact.

VERBAL FIXES FOR #1: If the issue is the bar drifting away from the body off of the floor, here are some of the cues we use: 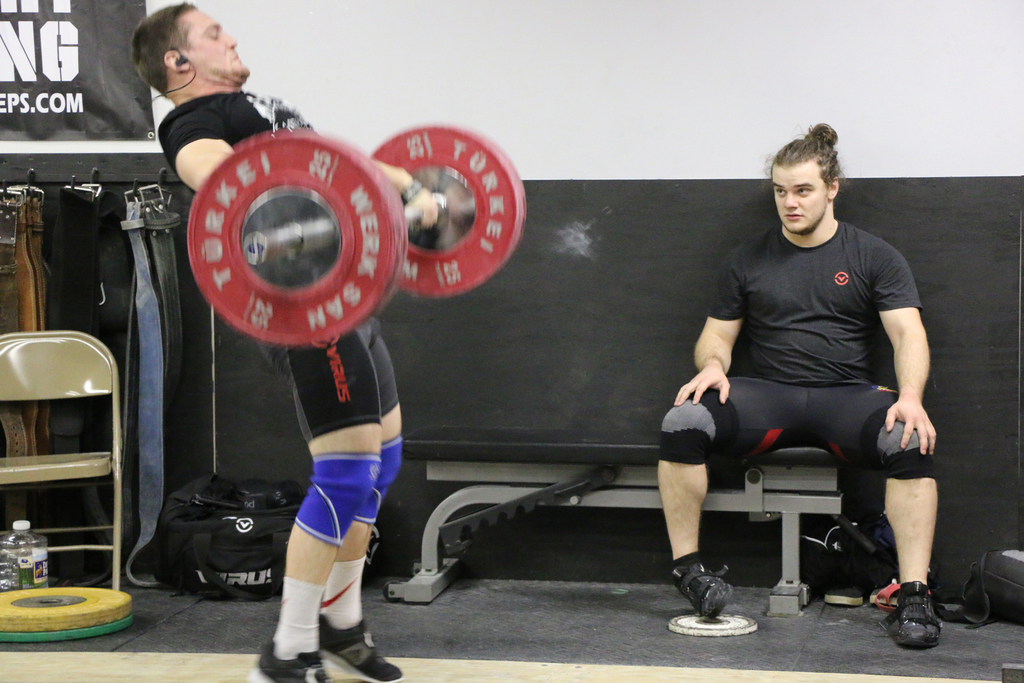 DRILLS FOR #1: if the bar is drifting forward off of the floor:

REASON #2 Another reason the hips are pushed past vertical is there can be a misconception of what is really happening. To the blind eye, it looks like the top weightlifters are throwing their hips into the bar when in reality they are just standing up, sweeping the bar in, and upper-cutting the bar, causing a vertical lift.

VERBAL FIXES FOR #2: If the issue is pushing the hips past vertical during bar-to-body contact:

DRILLS FOR #2: if the hips are pushing past vertical:

MISTAKE: Hips landing behind bar during the catch phase

We are working on this one with a few of our athletes right now, so it’s fresh on my mind. If the hips are behind the bar, there is nothing to support the weight overhead. It would be like building a slanted wall to hold up a roof. That would be a bad idea, and so is this.

CAUSE: It’s just bad footwork really. For whatever reason, the athlete has established the wrong motor pattern for the split jerk. You can see it a lot of times during the warm-ups with long and slow splits, or extra-wide splits. The split is a very fast thing, with the back foot being driven down as the anchor. If the back foot goes out the back, you can guarantee the hips will follow.

If you don’t drive the bar vertical, it’s really hard to get into the correct position. This seems obvious, but too many athletes are solely focusing on the split – forgetting to drive the bar up.

Here’s the press from the split position: 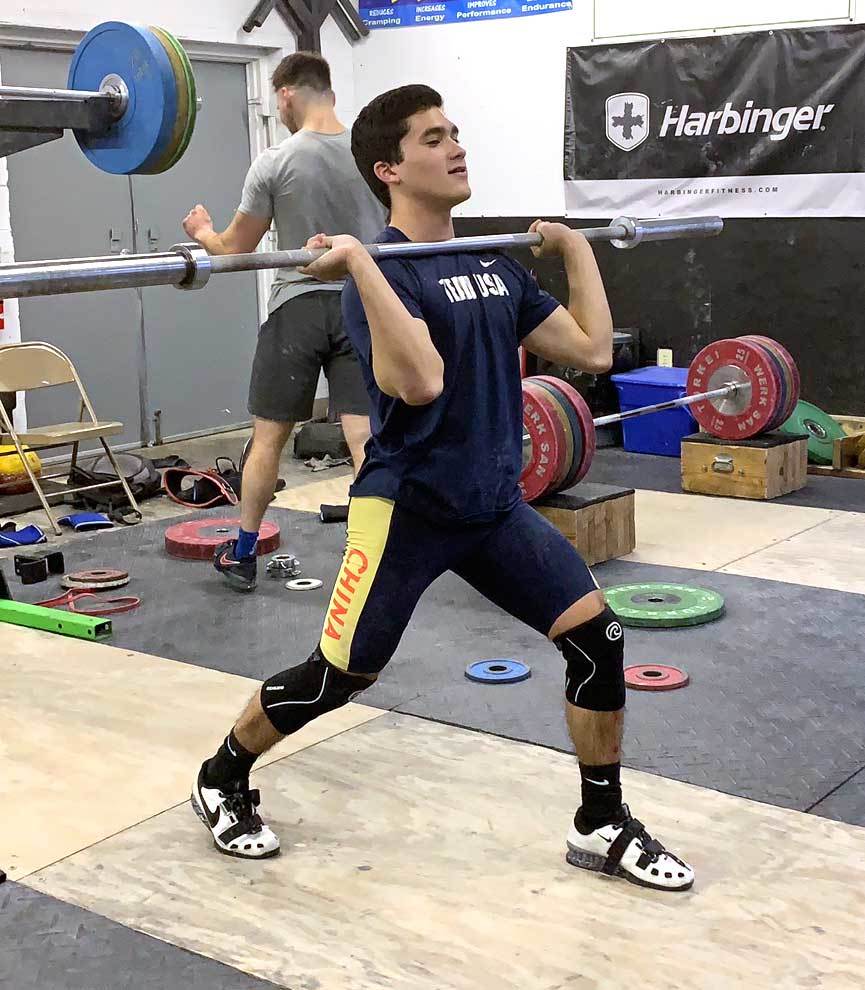 (If you want to see a case study on how Nathan Damron made some improvements to his jerk, read it here.)

Arguably, the back squat is the most functional movement on earth. Today I want to talk about a mistake I believe is easily preventable.

MISTAKE: The hips coming up and the chest dropping forward out of the bottom during the ascent

CAUSE: Once your hips fly up and the chest drops, it’s almost impossible to recover. It could be a strength issue, but it’s probably a movement pattern dysfunction.

Exercises to strengthen the ascent: 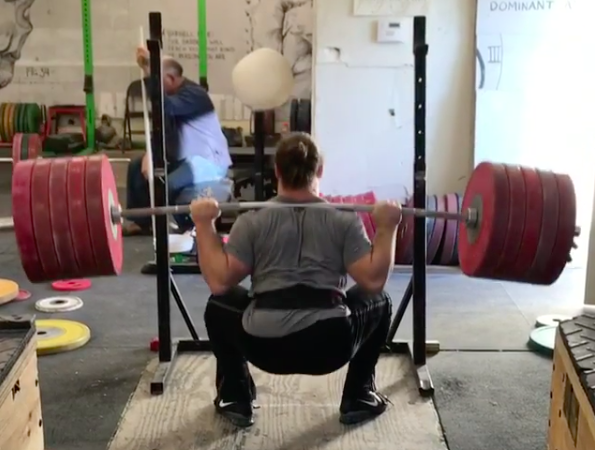 Everyone wants to know what someone benches. My weightlifters get asked all the time, “What do ya bench?” That’s simply the way it is, so let’s get it stronger.

MISTAKE: Pushing the bar straight up or forward versus straight back.

CAUSE: Shoulder flexion demands are a big part of why you make or miss a bench press. Those demands increase the farther the barbell is away from the shoulder joint. Due to a shorter range of motion, an athlete will touch the bar lower on the chest because it’s the highest point. If you drive the bar correctly off the chest, you can decrease the shoulder flexion demands right away if you drive the barbell back toward the shoulder joint.

DRILL:
Presses four to six inches off the chest – This is the best way to make sure you are driving the bar properly, practicing the rhythm between the arms and legs, and strengthening the position and movement.

Practice the pause – I don’t know why powerlifters touch-and-go on their repetitions when they have to pause in their competition. The timing in the pause is the magic of the bench press. The key is learning to explode back with the arms and legs at the same time, launching the bar back toward the shoulders.

Personally this is my favorite movement, and the one I think is the most functional. I believe we bend over to pick things up more often than we squat below parallel, but they’re both awesome movements for getting jacked. 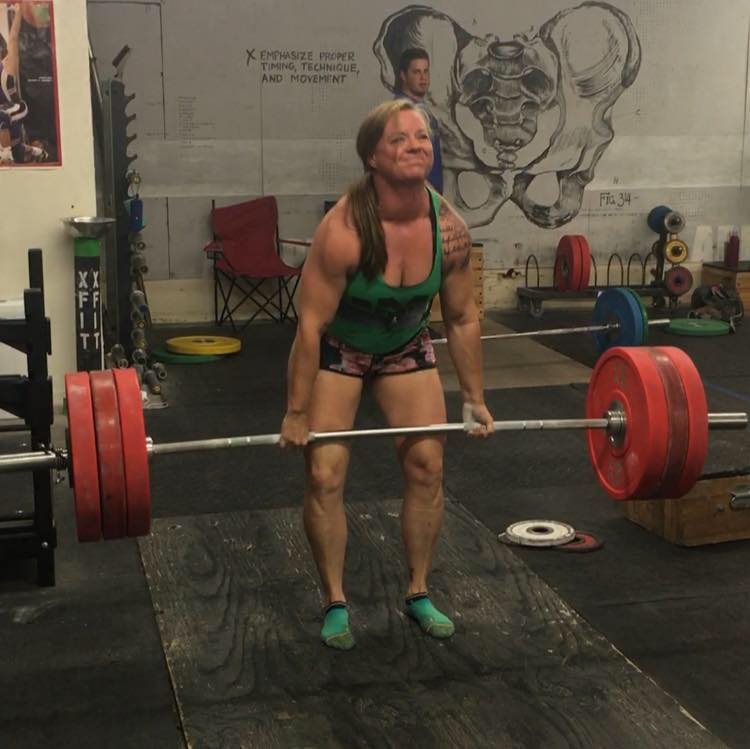 A deadlift is heavy – so if it drifts forward, you will quickly find yourself in no-man’s land. Here are the most important cues for avoiding this mistake.

Exercises to strengthen the body to make the functional movement pattern more likely:

I hope this first article in a series of articles I am working on will be helpful for all of you. Maybe in a year or two we will have an article for every possible mistake all of you might make – who knows? This entire year is devoted to articles, videos, and posts to educate the world of strength coaches. This new goal is just as much for the athletes as it is the coaches. I want the athletes to know what to do if they don’t have a coach. These articles should also inform athletes as to what to look for in a coach.

We want to partner with you to create this so we will know it’s something that benefits you. So we’re opening up this resource for pre-order.