“Maximizing Efficiency in the Sport of CrossFit” by Coach Spencer Arnold

Maximizing efficiency in the sport of CrossFit using Velocity Based Training.

If you have been around the competitive CrossFit scene at all you have heard the phrase, “slow is smooth and smooth is fast.“ This phrase, that many CrossFit coaches like to apply to their athlete’s movement, denotes that smooth will ultimately be the most efficient way to accomplish a task without any of the fatal flaws that comes with being reckless. The phrase itself likely has its roots in the military, which only heightens the necessity for precision.

In CrossFit, the speed at which I’m able to accomplish a task or workout or a combination of workouts is the all-important factor. For most workouts it’s about the clock when I’m finished. Therefore, both the efficiency at which I move a bar as well as the speed at which it is moving carries a crucial amount of importance in performance. Spectators easily notice this distinction in watching high caliber CrossFit athletes compete. One of the most often reference examples is watching Rich Froning complete workouts. For me, watching him work through a set of thrusters is mind-boggling. The bar is moving with relative ease continuously at the same velocity. It’s like he never slows down. The movement itself is far from reckless and is in fact uncannily in its efficiency. There’s a quick pause at the top of every rep with a properly loaded bounce through the bottom. Many of the competitors at his level perform the thruster a similar fashion. 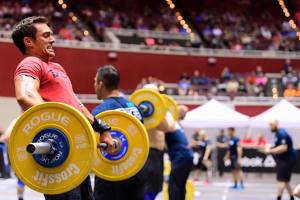 The reason I bring these examples up is to point to two incredibly important factors. The best CrossFit athletes in the world waste no energy. They are able to move a barbell or their body or any other random object with the least amount of energy needed to accomplish the task with the greatest amount of speed. Secondly, these athletes move at high rates of speed for longer periods of time then most considered humanly possible. As a coach, there are a lot of moving parts around the success of a high-level CrossFit athlete but these two factors rank pretty high.

I say all this to point to one of the many ways that a velocity based training philosophy can be used in a CrossFit environment. Obviously the constructs of the tether attached to the velocity unit (Linear Position Transducer) itself prevent a lot of mobility that is required in a typical CrossFit workout. However, velocity units could be used in testing and in specifically engineering workouts to test these two factors of training mentioned above. The question you should be asking right now is how in the world does a velocity unit measure my efficiency. That’s simple. Take a look at a weightlifter that moves with really clean smooth efficient technique through a snatch. That weightlifter is going to be maximizing the speed at which the bar moves simply because there are no “power leaks“ within their technique. A high-caliber weightlifter will eliminate faults like the early arm bend or shifting to the front of the feet early or a lack of finish in the second pull. Their inefficient technique allows for greater velocity. How can I use a velocity unit to measure this? Simply by attaching the unit to the bar as they are performing those movements and noting the speed at which the ball moves when the movement is clean. Then, use the unit to the note lack of efficiency in the movement as a velocity begins to drop. Obviously fatigue will play into some of that but if it’s a relatively short amount of reps then it’s easy to see inefficient technique playing a part in dampened velocity. I can take a Rich Froning type athlete and attach a velocity unit him while he is performing a thruster and put him next to an athlete who has multiple technical faults and see the velocity difference. Especially in reps 3,4 and 5 this will become clear. While most good coaches can see this error with their eyes, an athletic training alone may not catch it. One of the biggest faults I often see in an athlete performing a heavy thruster is a shift to the front of the foot during the concentric phase as well as a collapsing of the anterior core doing the same phase. This is seen by weight shifting to the ball of the foot and their elbows dropping. However an athlete completing the movement by themselves may not have the kinesthetic awareness to recognize this fault but will be able to look at a screen in front of them and get immediate feedback on a technique failure. This will allow them to go back and correct the movement or during the next round focus on those two areas in order to maximize the efficiency during the lift. I recognize it seems a little crazy to attach a velocity tether to your bar for a workout like Fran. And I am not at all advocating that you should attach a velocity unit to every barbell movement as a CrossFit athlete. What I am saying is a velocity unit can be a good tool to measure inefficiency in movements that may be your weakness. I’m also saying that it’s worth measuring the velocity of those units at multiple points during a training phase in order to see if you were getting more efficient and moving about a higher rate of speed. 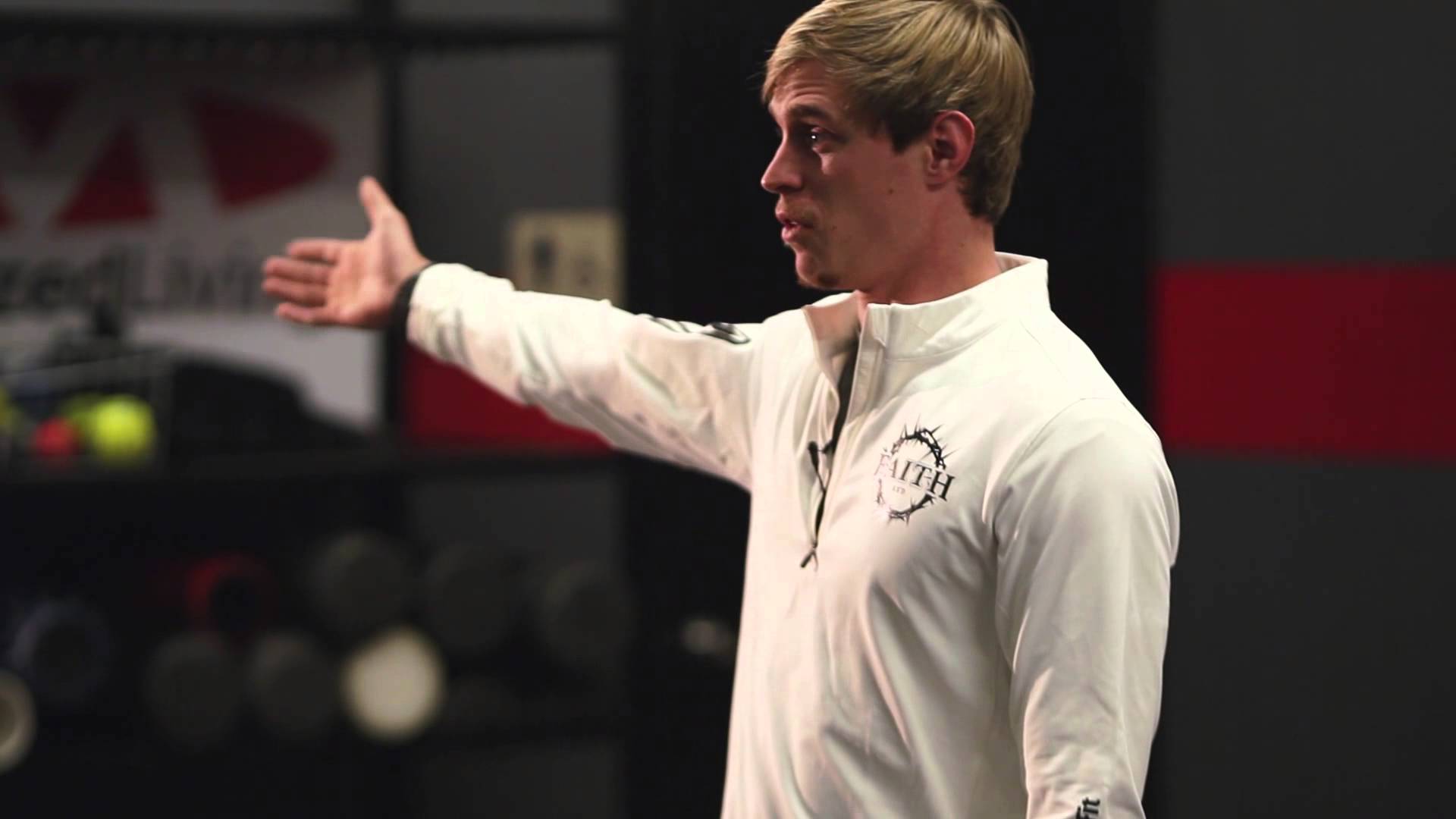 The mixed modality nature of the sport of CrossFit makes the utilization of velocity based training chaotic in most cases. However, there are specific scenarios in which the principles of VBT can be utilized. Experimenting with those situations especially with a proper understanding of your weaknesses will allow just a little bit of an edge on your competition. We all know that in the sport of CrossFit one rep in one round on one work out can be the difference in a podium or going home. Every edge matters! If an athlete is able to identify inefficiency or notice at what rep during a set fatigue begins to happen or understand their threshold for power endurance in the push press these are all little pieces of information that can go a long way in fixing weaknesses, becoming a better athlete, and reaching your goals.

Next week, the new Mash E-Book “Bar Speed” drops. It is written by Coach Travis Mash and Coach Spencer Arnold. This book will help coaches and athletes:

Stay tuned! If you are not on our newsletter list, you can get a FREE Copy of our E-Book “The Mash Method” all at the same time at: