Hip Thrusts Are Bad? The Safety Squat Bar Is Bad?

When will the absolutes end? Scrolling through social media, I saw two of my respected peers tossing around absolutes as if N.A.S.A. were backing them. However, their accusations about two of my favorite movements were made with no scientific backing at all.

Look, I don’t care if you don’t like a movement. Maybe you don’t believe an exercise works. That’s ok. You don’t have to use it, and you don’t have to prescribe it to your athletes. But when you get on social media or take to your blog and claim that a certain exercise doesn’t work without any research to back up your claim, you could be keeping someone from the very exercise they need to break through a plateau.

A lot of people who I consider colleagues (and some I even consider friends) constantly hate on the hip thrust made famous by my friend Bret Contreras. Glutes are important for just about everything that’s awesome in sports. If you want to sprint fast or jump high, strong glutes are a must. If you want to snatch big weight or squat monstrous loads, powerful hip extension is a must. Have any of you yanked a big deadlift off of the floor only to have it stall right at lockout? It’s happened to me, and I’ve watched it happen to others. Glute bridges are the obvious choice.

But wait! Is this simply my opinion? Am I simply doing the exact opposite of the coaches screaming that hip thrusts don’t work? Well luckily I can back up my statements with mounds of research stating that hip thrusts are superior when it comes to strengthening the glutes. I just now did a quick search of the web, and I saw a few rants from coaches who want to seem smart. My articles aren’t written to convince you guys that I am smart and everyone else is dumb. My thoughts and systems are backed up with the results of my athletes.

The information I pass on to you guys and gals is either proven by research or proven by the results of my athletes. I don’t pass on my random thoughts. I don’t look at an exercise and cast judgment without looking at the data. I don’t look at what someone else is doing and then write an article explaining why they’re wrong. I am interested in facts. I am interested in what works.

There is one more thing I want to say to my powerlifting brethren who are constantly criticizing the hip thrusts or making fun of it as a soft exercise. I was inspired to write this article when I saw a video of Stefi Cohen performing the hip thrust to improve her deadlift lockout. Of course she is y’all! It’s targeted hip extension, which is the lockout of the deadlift. Duh! 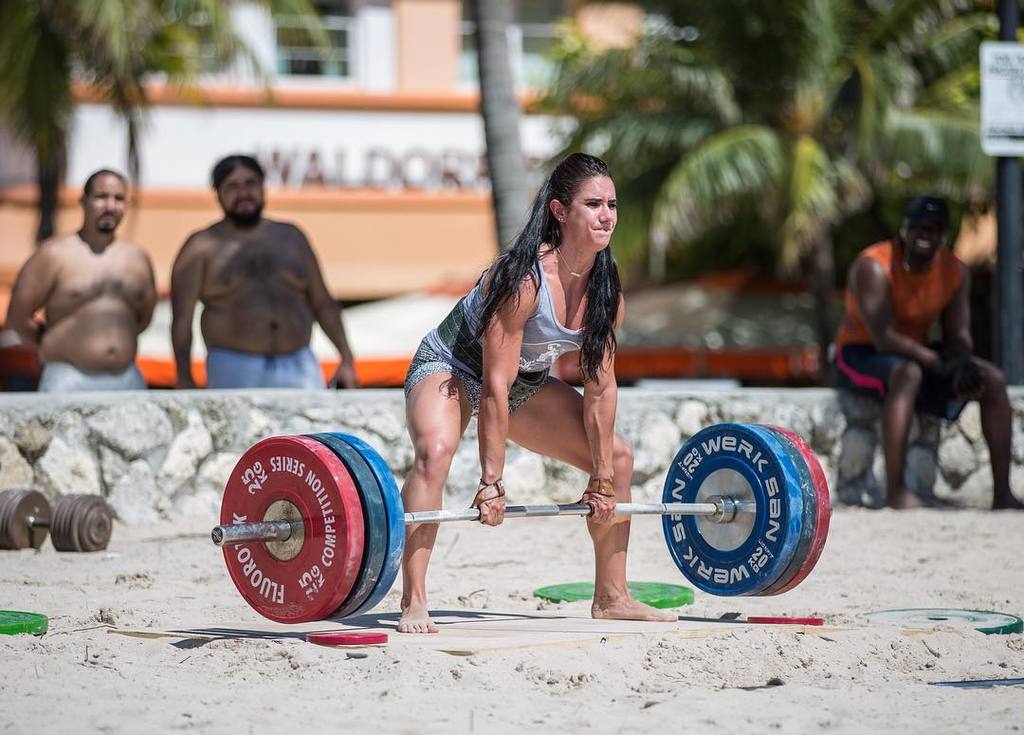 I prescribe hip thrusts to my Olympic hopeful weightlifters, champion powerlifters, and to my NFL Football Players. Are my athletes soft? If my athletes are soft, there are a lot of really soft athletes out there since we are beating most everyone else. Guys, I want you to look at the research and just think about it for a bit. If you want better hip extension, then find a way to load your hip extension. 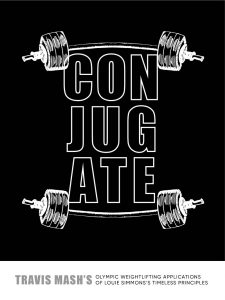 COACH TRAVIS MASH GETS INSIDE THE MIND OF LOUIE SIMMONS

I had never heard anyone say a negative word about the safety squat bar squat until recently. A good friend of mine was answering questions on his Instagram story the other night. (By the way this is a good way to connect with your followers.) Anyway, he was asked if using a safety squat bar for squatting was a good idea for weightlifting. My friend replied that it absolutely was not – unless you or your athlete are injured. Once again, a colleague of mine is using an absolute without any basis (research) for his statement.

In Olympic weightlifting, a back squat isn’t specific to the snatch or the clean and jerk other than the angle of the torso, which is true with using a safety squat bar. Either movement is simply a way of building strength to get better at the sport of weightlifting. If you’re a powerlifter, one could make an argument around specificity – especially when getting close to a meet. But in either sport, the safety squat bar provides one major benefit. The safety squat bar increases the length of the spinal flexor moment.

As I explained in Squat Science, the spinal flexor moment depends on two factors: 1) the load on the bar and 2) the horizontal distance in the sagittal plan relative to the torso between the bar and any intervertebral joint.

There are three ways to increase the spinal flexor moment: 1) move the bar higher on the back or in front of the body, 2) increase the load, and 3) incline the body more (which increases the distance of the load horizontally to the floor from any intervertebral joint).

Some bars displace the weight farther in front of the body than others. The more the weights are displaced toward the front of the body will equal a greater demand on the spinal extensor muscles. The front squat is also great for strengthening the muscle groups responsible for spinal extension. However, the front squat is limited by the shoulder’s ability to remain protracted and elevated – not to mention the rack position in general. Since the safety squat bar is still secured behind your neck, you can normally handle a bit more weight than in the front squat. Depending on the bend of the bar, you should be able to place more of a load on the spinal extensors. This is a great way to get the back strong while strengthening the hip and knee extensors as well. 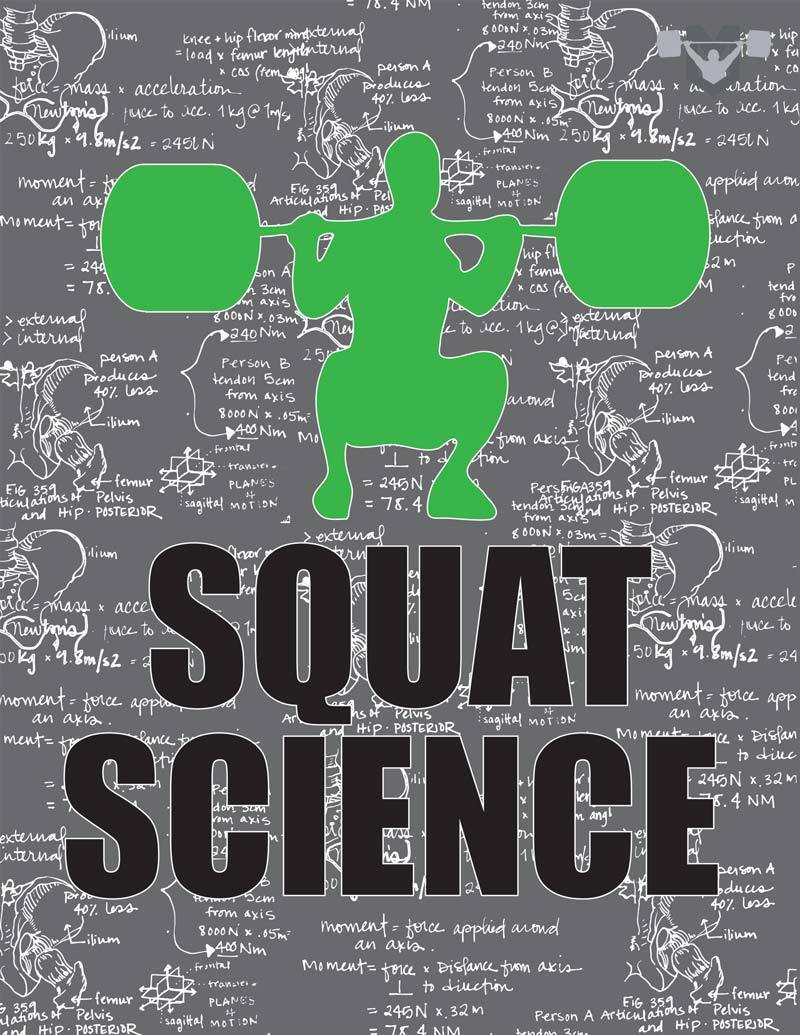 The weightlifters and the powerlifters on my team use the safety squat bar for this very reason: to strengthen the back. For a lot of weightlifters, they lack the strength in the back (mainly referring to the groups of muscles responsible for spinal extension) to maintain a good angle of the torso during the pull. Some lack the ability to maintain a neutral spine during the catch phase of a clean. Have you ever seen a weightlifter’s elbows drop and thoracic spine round during the catch? I know that I have. If this is you or one of your lifters, the safety squat bar is a great tool.

I’m all about specificity, but sometimes weightlifters can take this too far. Let’s think about it for just a minute. I’m only going to refer to my own weightlifters right now. We snatch and clean and jerk at least three times per week on each of these. We back squat with a straight bar one to two times. We front squat one to two times. We perform snatch and clean pulls. Do you really think that adding in safety squat bar squats is going to somehow mess up your technique? If that’s true, aren’t you at risk of messing up your technique when you perform any assistance movement outside of simply snatching, clean and jerking, front squatting, and pulling? I think we are all a little too overboard with specificity.

Safety squat bar goodmornings are my absolute favorite for strengthening the spine – especially when a hip hinge is involved like during a pull of any sorts. With my weightlifters, I normally stick to a regular goodmorning, but there are several variations you can try, such as wide stance, suspended from a chain, off pins, seated, and with bands or chains. (This sounds like a chance for another article.)

Safety squat bar box squats are great for strengthening the spinal and hip extensors. Now I agree that this movement isn’t specific to a squat necessary in weightlifting, so I only use it sparingly and in the off-season (at least eight or more weeks out from a competition). I only use this movement once per week and in conjunction with at least two to four other straight bar squat sessions. The most non-specific part of this movement is that I have the athlete sit back. I want them on the box with a vertical shin and a more horizontal torso. This movement is designed to strengthen the pull more so than the squat portion of the lift. However, you will reap the rewards of strengthened hips and back muscles.

Obviously this isn’t a great movement to strengthen the quads because the range of motion at the knees is minimal. However, the range of motion at the hip is maximal or near maximal depending on the height of the box. The demand of the internal spinal extensor moment is now through the roof because 1) you’re using a safety squat bar with the weight is distributed in front of the body and 2) your torso is inclined. 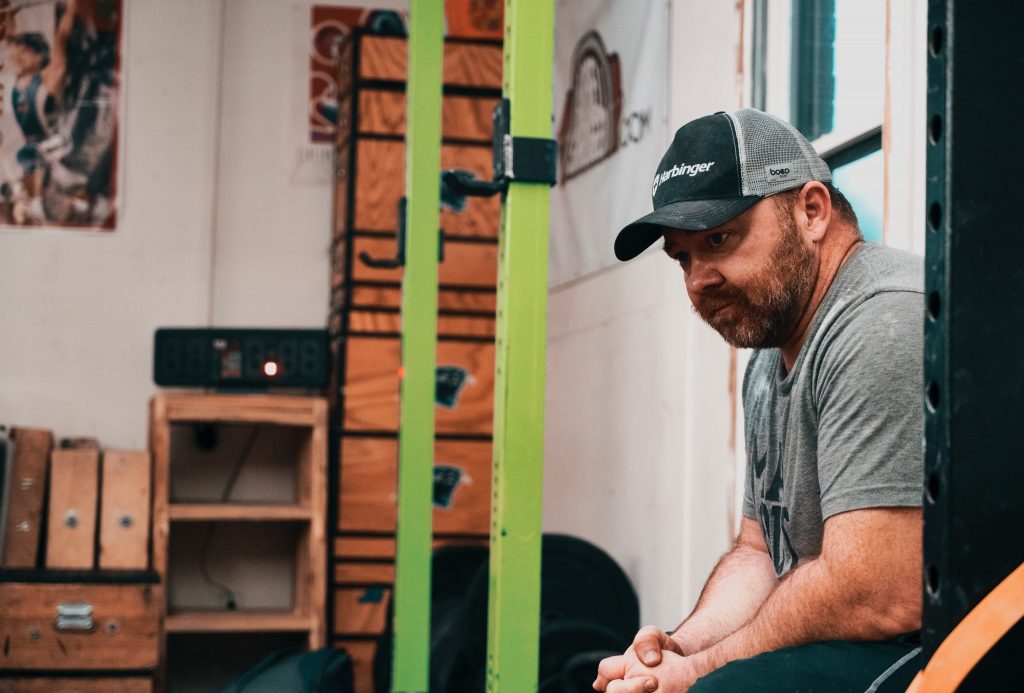 This movement is excellent for strengthening the pull especially at position two (when the bar is at or slightly below the knee) when the shins are vertical. The box will teach the body to fire the proper muscles from a static position with the advantage of stored kinetic energy produced by the eccentric phase of the lift. This movement is still great for strengthening the parts of the body required for squatting (back and hips), but it’s not a replacement for high bar back squats and front squats. I consider this more of an accessory movement, whereas back squats and front squats are primary strength movements for Olympic weightlifting.

Once again, the moral of this entire article is to relax with the absolutes. Unless science has proven that a particular movement won’t work or is dangerous, there’s probably a time and a place in training that it will help a lifter. Specificity is key especially in the sport of Olympic weightlifting, but let’s not go overboard. One of Hunter Elam’s biggest competitors is Mary Peck, and she uses low bar back squats in her training. With a 211kg total at 64kg bodyweight, I’d say that the low bar back squat isn’t interfering with the specificity of her lifts at all.

As long as we stay true to specificity the majority of the time, some variation is a good thing. Of course, it’s key to know your athletes. Some athletes respond really well to variation, and some don’t respond well at all. It depends on the individual’s overall athleticism. Athletes that grew up playing multiple sports are normally better with variation. Once again, as a coach you have to know your individual athletes. The big takeaway is to not throw away the baby with the bath water. Almost all movements have a time and place that’s up to us as coaches to determine.