Why I Love CrossFit by Coach Crystal McCullough, MSN, CSCS

Why I Love CrossFit

It is absolutely amazing how much the fitness industry has changed over the last two decades. Depending on whom you ask, it could be considered a good thing or a bad thing. The reason why I say “good or bad” is that all trainers and not all CrossFit gyms are created equal. It is so much easier now, with the emergence of the World Wide Web and online certifications, for someone who has no business coaching or training to hold a certification to do so. So, this places the job to find reputable coaches and CrossFit gyms on to the consumer. This can be said about many professions to include dentists, doctors, general contractors, plumbers, so I am not just picking on coaches.

What I believe is that CrossFit has opened up so many doors for otherwise sedentary people to find an outlet. There is no longer the guessing game of what someone should do when they go to the gym. The person walks in, the workout is on the board, and the coach is there to lead the class. Not only that; the experience goes beyond the four walls of the gym and it transcends simply working out. There is a sense of community. Members get together outside of the gym and socialize. They truly know each other. I know from my own experience that my CrossFit gym became my family. Several deployments, my CrossFit family and the outlet I had at the gym, was my sanity. We have had Thanksgiving at our house where 20+ members have joined in the festivities. I love that CrossFit is more than an exercise routine or methodology. It is a mindset and a lifestyle. 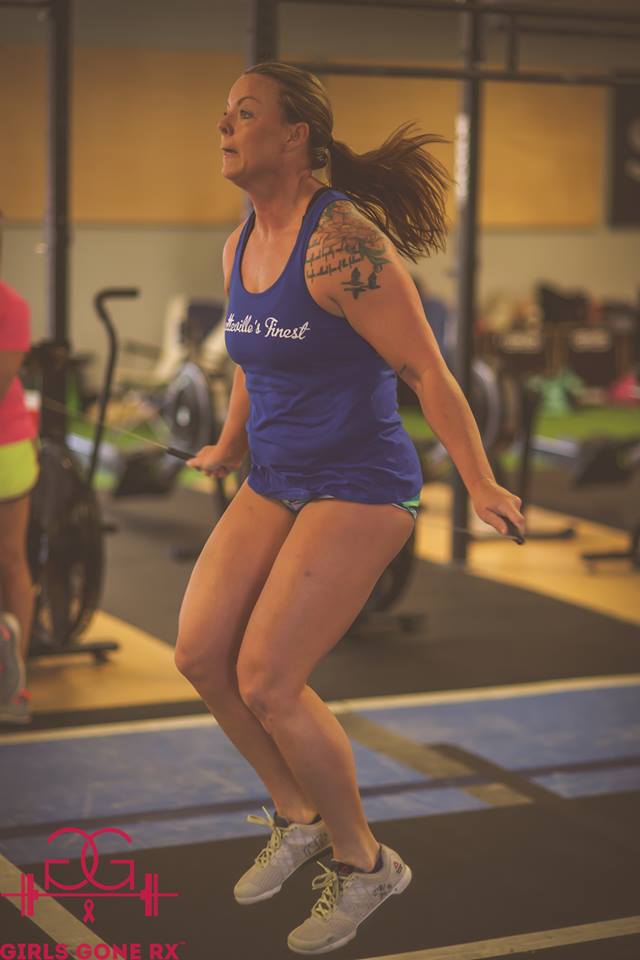 For many, it is tough to work out alone or find the motivation to go to the gym when no one would miss you if you didn’t show up. I can guarantee you that people notice at a CrossFit gym and it makes people accountable and they feel like they are more than just a number. That gets them to show up and put the work in.

I didn’t find CrossFit until I was 34 year old. I was a competitive athlete into college and lost that outlet when I graduated. CrossFit has made it possible for even middle-aged adults to be competitive at a sport.

During my 7 plus years in the CrossFit community, many times, I’ve heard people say that it isn’t a sport and that just because someone works out, that doesn’t make them an athlete. Well, I disagree. Tell me what you think.

1. Sport is defined as “an activity involving physical exertion and skill in which an individual or team competes against another or others for entertainment.” Wouldn’t you say that when the clock counts down 3.2.1.GO, that the athletes whether they are in a competition or doing the daily WOD, they are competing against the clock, each other, or even themselves?
2. An athlete is defined as “a person who is proficient in sports and other forms of physical exercise.”
3. Let’s go farther. Proficient is defined as “competent or skilled in doing or using something.” So then the argument is that people who come in to a CrossFit gym with no skill or abilities are not proficient, so therefore they aren’t an athlete. When someone comes in and they are new and learning basic movements, technically they are in the learning stage, and it is fair to say they aren’t an athlete. Yet…. But at some point in the first few months of them training, they will become proficient at the movements to some degree and therefore, by definition, they would be considered athletes.

I am the first to say that the CrossFit Games and those who train to compete at that level is much different as a sport than what we see in local CrossFit gyms for our general population. CrossFit Games athletes and those aspiring to make it to that level subject their bodies to very high volume and the average general population person would not be able to handle it. That being said, a middle school basketball player is an athlete just as an NBA super star is an athlete. The difference is the level in which they are at. 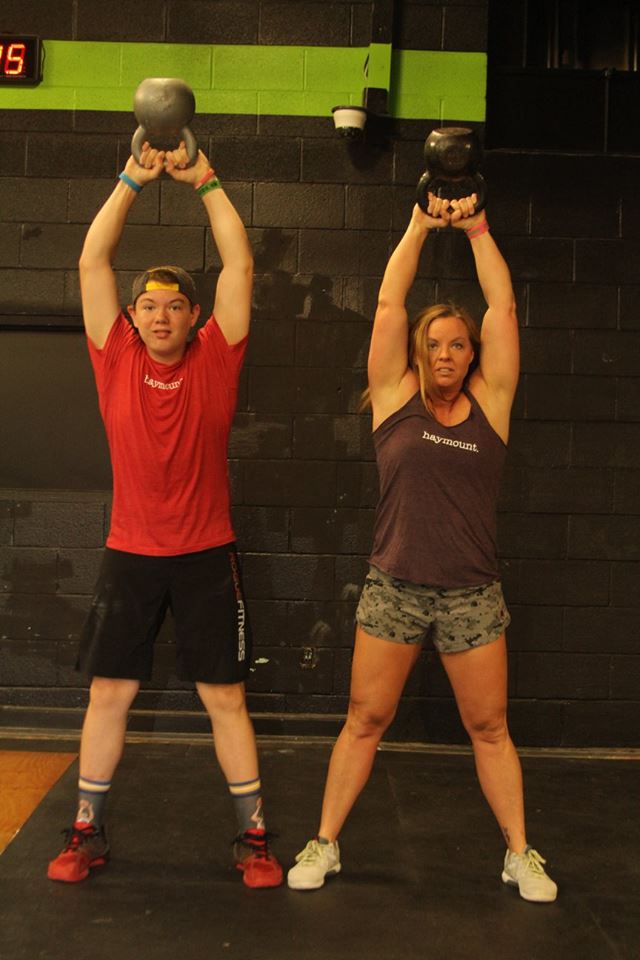 Whether a person’s competitive desire remains within the four walls of their own CrossFit gym or they want to compete at the local, regional, or Games level, they are all athletes. If you are a gym owner, I recommend you encourage your athletes to sign up for local competitions if only to step outside of their comfort zone.

There are more than 13,000 CrossFit gyms in the world with a large percentage of them being in North America. Throughout the year, there are many local competitions that are hosted by CrossFit affiliates that have divisions for all skill levels and age groups. The Garage Games even runs a Masters Tour for age 35+. The Festivus Games has become very popular for novice and intermediate athletes. On a larger scale, there are the CrossFit Games that has masters divisions up through 60+. Those masters are amazing! People from all over the world compete against each other in all three of these events!

With the emergence of CrossFit, many who might never have known about weightlifting or powerlifting, have begun to compete in those sports as well.

If you go to the USAW website, there are competitions all over the country almost every weekend. There are several powerlifting federations with the USPA and USAPL being the largest. All of the sports have grown because of each other, so it is a pretty amazing mutualistic relationship that these three sports have.

We recently released a book called Time to Compete that is an amazing tool for anyone looking to compete in weightlifting or powerlifting. Whether it is your first meet or you are looking for smarter ways to prepare, this book is for you.

When it comes to CrossFit, game day prep is similar when it comes to proper nutrition and mindset. The main difference is having to pick a competition that matches your skill level. Competitions will give you a set of standards that one must be able to meet in order to be successful in certain divisions. That can include gymnastics movements and minimum barbell weights. It is important to look over those movement standards before deciding if you want to do the competition.

I highly recommend anyone who can move well whether they are an RX, intermediate, or even novice athlete, to compete. It is fun, you meet amazing lifelong friends, and you can achieve more than you ever thought you could in the midst of the competition.

Crystal is one of our Mash Elite coaches. She is a nationally ranked 72k USAPL Open and Masters powerlifter. Her best lifts are 147k squat, 88k bench, and 177k deadlift. She is an RN with a Masters degree in Nurse Education and has her CSCS. She was a CrossFit affiliate owner from 2015-2017 before relocating to Mash Headquarters. She is also the mom of 14 year old weightlifting phenom, Morgan. 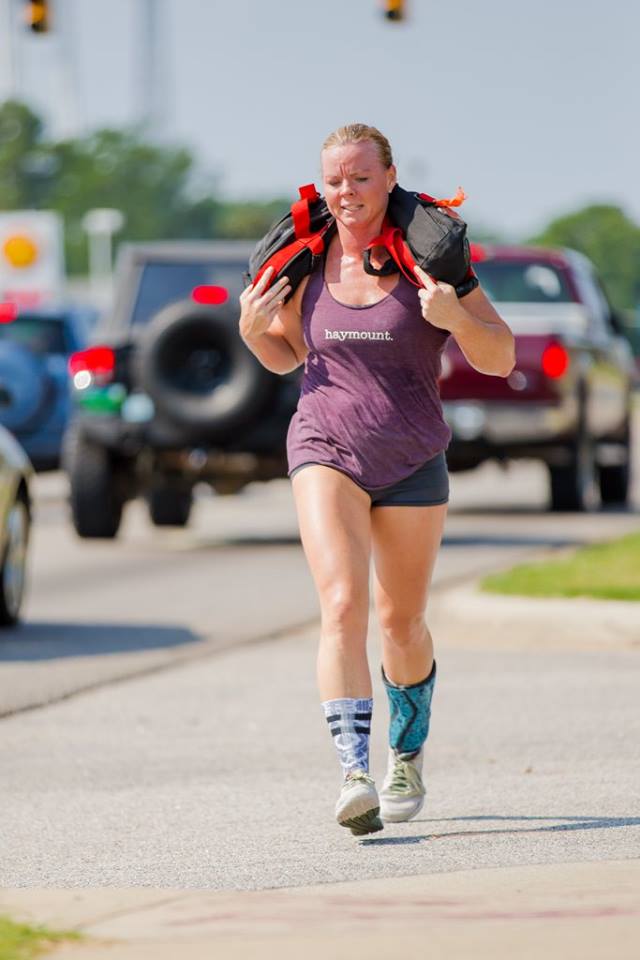 Flywheel Training is a Gamechanger

Strength Training and Endurance for Youth: Facts and Fiction