Why are CrossFitters Strong and Jacked?

It is not unusual to see CrossFitters snatching 300lbs and clean & jerking 370lbs. The sport has come so far in the last five years; it has morphed into something totally new, something never before imagined possible. The question is, “How?” Five years ago Rich Froning was snatching 264 lbs. and clean & jerking around 330lbs. Now he is qualifying for the A session at the Olympic weightlifting Nationals with 300+ and 370+. CrossFitters are doing what most people would have considered impossible just a few short years ago.

This is the answer to “How”?

If you know any top ranked CrossFitter, then you probably know that they have their own “Oly” coach. I put “Oly” in quotes because this is a phrase only used by CrossFitters. Most old school weightlifting coaches know the sport we love as “weightlifting”- (without a space). One word, Nike! Dang it! I personally have given into my beloved CrossFitters because they have been so inspirational in the rise of the sport of weightlifting. If they want to call it “Oly”, then “Oly” it is as far as I am concerned. CrossFitters seeking out professional coaches has completely changed the world of CrossFit. 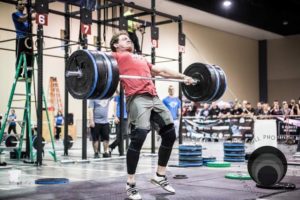 Technique as a whole has completely evolved into true weightlifting movement. In the early stages of CrossFit, technique wasn’t much of a concern, but from the top down, CrossFit has completely evolved. My hat is off to HQ for being a big part of that evolution. Today, in CrossFit competitions, you are seeing proper bar paths, perfect power positions, faster third pulls, and vertical backs. Involving some of the top Oly coaches from around the nation has helped to expedite this process.

Another element that has helped to change CrossFit as a whole is the “Oly Cert/seminar” movement that has swept the entire world by storm. CrossFitters have so many great weightlifters from which to learn now: Coach Pendlay, Kendrick Farris, Coach McCauley, Jon North, and Klokov. Entire teams are producing these amazing sources of information. All of these people have something awesome to offer, and I encourage you to take as many seminars as possible to create your own melting pot of awesomeness. These seminars have been epic towards the evolution of weightlifting within CrossFit. The CrossFit community is blessed to have the opportunity to be taught the great sport of weightlifting from Olympians, USA Team Members, and Team USA Coaches.

I have to give the CrossFit community props on being proactive in their approach to mobility, stabilization, and posterior chain work. Their coaches are getting wicked smart in their approach to the sport. All the top coaches that I know have libraries loaded with books on mobility and biomechanics. Ryan Grady is the biggest nerd for knowledge that I have ever met. Ryan is always asking questions, looking for answers, and coming up with new ways to improve his program. This is the reason that the CrossFitters as a whole are getting into better position, catching weight in stable positions, and maintaining proper positions throughout the pull. 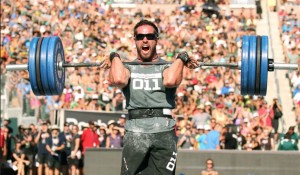 In ways their programs have slight advantages over some traditional weightlifting programs. Their athletes are typically going to be more muscularly balanced than a full-time Olympic weightlifter. Their programs are focused on the entire body, and not just improving the snatch and clean & jerk. A balanced body is going to be a strong body, and it is going to be a protected body. When the body senses any type of imbalance, it responds by shutting down muscular recruitment in order to protect the area at risk. An overall functional body equals more recruitment, which equals more power.

Those handstand push-ups, handstand walks, pull-ups, and push-ups are great for stabilizing the upper body. Women are especially susceptible to injury because they naturally develop more muscle mass in the lower body. This can enable them to hoist more weight overhead then they are actually capable of stabilizing. We have seen this with our own Rebecca Gerdon. She actually broke her wrist just from the amount of stress that she was putting on it. There was no one accident just a girl being able to lift massive amounts of weight.

Programming is another huge reason that CrossFitters are getting jacked. It’s definitely not as random as it once was especially with the strength portion of the WODs. They are staying more random in the met cons, but the energy system that they are working isn’t random at all. They are focusing on energy systems that don’t compete in relation to their strength program. The closer they get to the Open the more focused they are on anaerobic conditioning to get their bodies ready for those heavy 10 minute workouts from hell. I guess you could call it “thought out programmed randomness”.

A huge component is that CrossFitters have more fun. Their atmosphere is one of fun and excitement. Their ability to pick random exercises after the main lifts makes things more fun, while balancing their musculature. It has appeared to me over the years that they attack weights without over thinking them. They simply grip it and rip it like all the other movements that they perform. Weightlifters spend so much time with snatch and clean & jerk that they can sometimes start to over think the whole process. Will Hall is a perfect example. He snatches once or twice per week, and can still snatch 155k/341lb at will. That is a big time snatch for anyone.

These are the reasons that CrossFitters are performing the sport of Olympic Weightlifting at a level comparable to athletes who focus solely on weightlifting. The top competitive CrossFitters are taking the sport of fitness to new levels. They are a part of a movement much like the first person to break 4 minutes in the mile, or the first person to run a marathon. Both accomplishments were thought to be impossible before someone destroyed the fallacy. CrossFitters are doing things every day that were once thought impossible. This group of athletes will revolutionize fitness, strength & conditioning, and sports before they are finished.