We’ve all heard about getting in the zone. We’ve all watched our favorite athletes get into a zone like state where it appeared that they couldn’t make a mistake. When Tiger Woods was still killing it, we watched him play matches where he simply made the game of golf appear easy. We’ve watched Michael Jordan play in basketball games where he seemed to be going at a different speed than everyone else.

I remember watching Michael Jordan play against the Portland Trailblazers during the NBA Finals. He hit six three-pointers in the first half of play. After the sixth three-pointer, he shrugged his shoulders as to say that he didn’t even know what was happening. At that very moment, I became intrigued with the so-called zone. Just like Michael, I didn’t know how someone could get in a zone like that either. I wanted to find out.

Throughout my career in sports, I experienced the zone periodically in multiple sports. In one high school football game, I scored two touchdowns, made two interceptions, four receptions, 150-yards of offense, 10 tackles, and two fumble recoveries. In one basketball game, I scored 19 points in one half of play only missing two shots. At the WPO Powerlifting Championships in 2004, I went 9 for 10 only missing a world record fourth attempt that day. I had already broken the world record squat, bench, and total (broke the total twice). It appeared that I could lift whatever weight I attempted. The only miss that I had was another world record bench press taken on a 4th attempt that I actually completed, but the judges gave me two red lights for uneven extension. 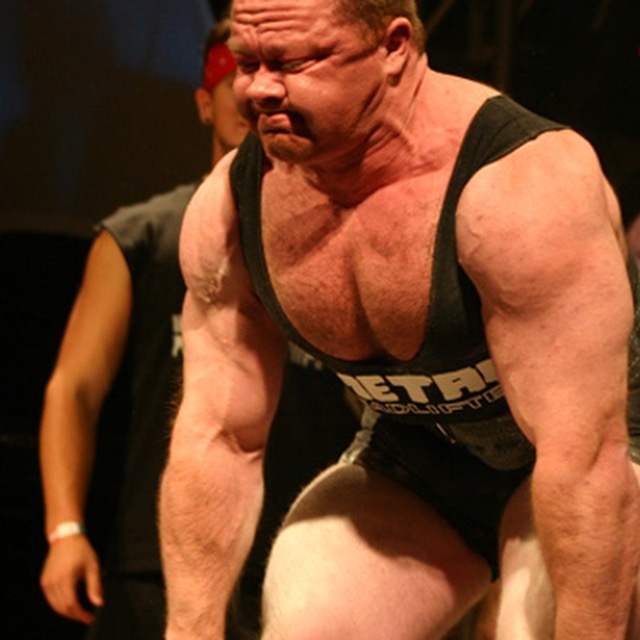 The reason that I am telling all of you this information is not to brag, but to explain how I felt during these moments. Each time it was like time slowed down around me. I could see and react to almost everything that was happening. All of my senses were extremely heightened. I was 100% engaged in the activity that I was competing in, and all previous distractions were eliminated.

So what does this mean for you? Thanks to our friend Nathan Hansen, we can now give you the steps to entering the zone whenever you want. So who is Nathan Hansen? Nathan received his first Masters in Behavioral Psychology and his second Masters in Clinical Counseling. Now he works with some high-powered athletes on numerous sports psychology elements.

He works with our own Rebecca Gerdon for one. My interests were peaked when I watched her performance at the 2016 American Open. She went 9 for 9, and her demeanor was totally different. She looked more confident and focused than ever before. Her performance prompted me to search out and get to know Nathan.

The clinical term for getting in the zone is “Flow State”. Turns out that psychologists have been working on the Flow State since 1871 when the pioneer of the Flow State, Albert Heim, fell 60 feet down the side of a mountain. He only sustained minor injuries during this fall, which is a fall that could have easily killed him. During the fall, he remembered his senses being heightened, time seeming to stand still, and all of this allowing him to pick a safe path during the fall down the mountain.

After Heim survived, he was so intrigued that he started looking up other near death survivors. He found that all of them had similar stories. At that point, the Flow State was born. Many psychologists have taken up where Heim left off, and today there is actually a road map to enter the Flow State upon command.

Finding your Flow will take lots of practice on your end. Nathan and I have co-authored a book that we are releasing next month that will map out the steps necessary for reaching Flow. I am going to give you the watered down version to get you thinking about it, but you are all going to love the book. I can say that I enjoyed writing this book more than any other because it was such groundbreaking material.

1. The task has to warrant Flow. That means that there has to be enough risk to trigger Flow. There has to be the right environment with limited distractions. You have to learn to be fully present in the moment. Nathan provides some great ways to practice being fully present. You can start now by turning off the cell phone, clearing your mind of the argument you’re having with your boyfriend/girlfriend, and putting all focus on the task at hand.

2. Clear Goals- this is an important one. If your only goal is to play in the NFL or make an Olympic team, those goals are way to broad to trigger Flow. For Flow to take place, the goal has to be measureable. As a matter of fact the goal has to measurable for the day.

Instead of focusing on lifting a certain amount of weight during a practice, it is much easier to get into the Flow State if your focus is on the movement itself. If you focus on the movement, you can be fully engaged in each lift from the moment you pick up an empty bar to the moment you have a max attempt on the bar. Focusing completely on the movement of a lift will eventually help you enter the Flow state when it counts. It’s all about the practice when it comes to eventually letting the body take over.

3. Immediate Feedback- if something goes wrong, it’s important to know at what stage it went wrong. Then it’s important to know why it went wrong. If you are focusing on the movement, there should be standard steps to each movement. Those steps should be the same no matter if it’s a warm up or if it’s a new personal record. Immediately when a lift is complete, your goal is immediate feedback. If there was a breakdown, at what stage was the breakdown? What caused the breakdown: thinking about past or future performances, worrying about someone else’s performance, not present in the moment, etc?

Whatever the activity, you are now turning it into a process instead of a series of emotional decisions. The key is to teach the body to fully take over. This process takes time and practice, but with this book that Nathan has written, we can now give you the exact process. I hope that this article has given you some tangibles to work on for now. I can’t wait to drop the book next month.

I have to say that I am most excited about this book because it completes our library of books that all athletes need:

“Mash Blueprint for Programming”– ways to program for yourself no matter what your barbell interests are, and how to continue progressing for life

“Eat and Lift What You Want”– explains how to create the perfect nutrition program for you.

Now we have “Performance Zone” coming in March- all about entering the Flow State on a regular basis.

Of course we have all the other programming books, but I am very excited to have such a complete source of information. I always talk about becoming a master of the mundane. Now I we are supplying the tools for you guys to become one. Thanks for reading guys!

Check out my latest FREE E-Book “The Mash Method” and keep in formed when my new book “Performance Zone” drops: