Weightlifting and Powerlifting as it Pertains to Sport

Here is an article that I first published over a year ago! I wanted to let this one resurface because the information is so relevant to the population that I work with. Enjoy! 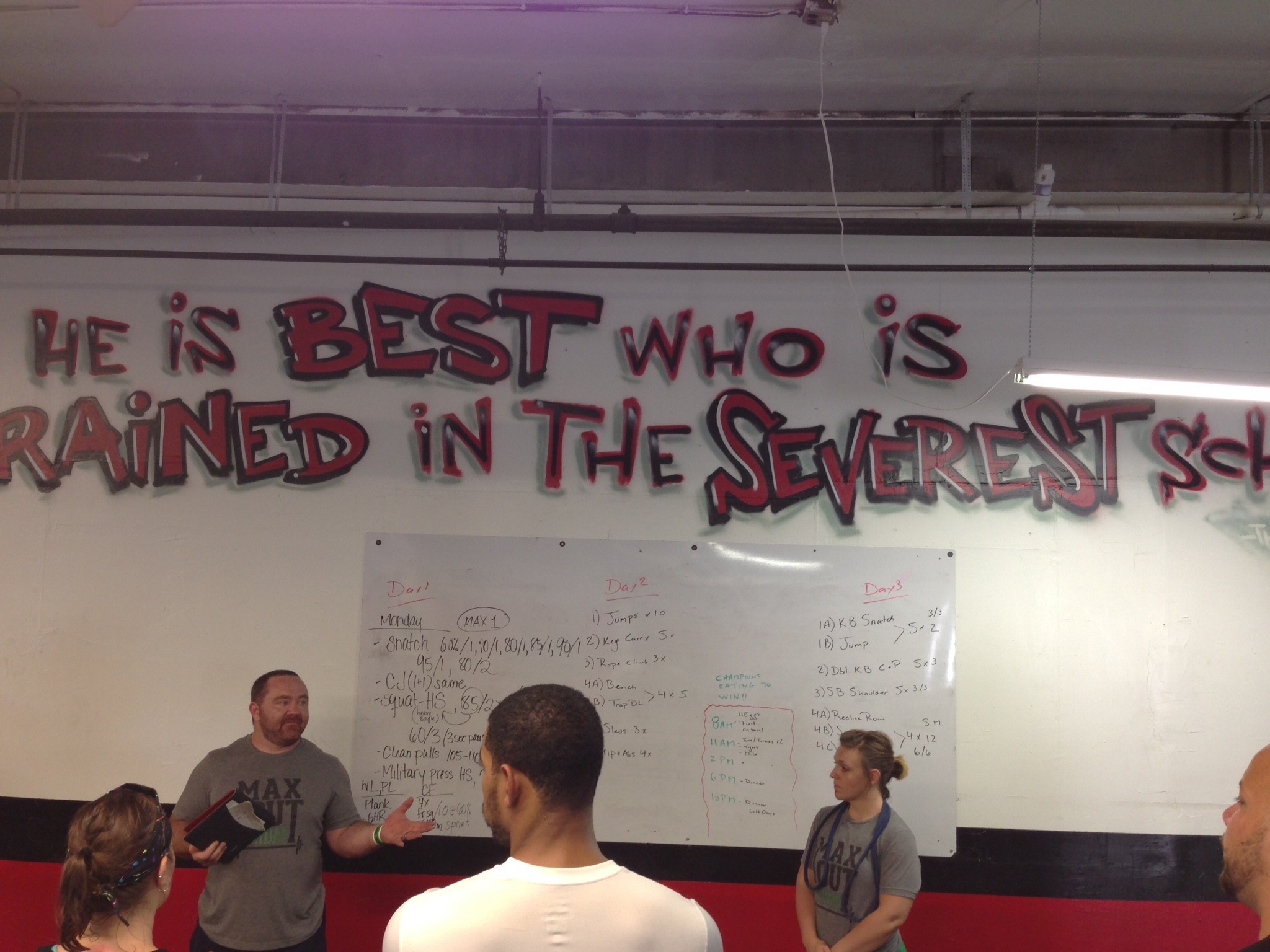 Last week I had the honor of speaking in front of a Strength and Conditioning Class at Winston-Salem State University taught by Professor Mike McKenzie. I was excited that the Exercise Science Department at WSSU has added a Strength and Conditioning tract for the students. My topic was Olympic Weightlifting and Powerlifting as they pertain to sports. It was fun doing a little research to back up my presentation, and it always keeps me sharp lecturing in front of sharp young students. I started with the sport of Weightlifting, so I’ll get right to the points.

Without a doubt the Power output (P=F*V) of the triple joint extension that takes place in both the Snatch and Clean is superior to any other form of training. This isn’t my opinion! It’s just fact Jack! The Power output is exactly four times of any movement performed in Powerlifting, so if your sport is dependent upon Power, do the Olympic lifts. The reasoning is quite simple because you have four main variables in the Power Equation: Mass, Acceleration, speed and distance. Weightlifting will always win at least three out of the four categories, so it’s just not a contest. This is why Olympic weightlifters will always have tremendous vertical leaps and amazing 10m dashes without even training them. Don’t get me wrong! I still love the Powerlifts, but for other reasons that I will explain later. The hip, ankle and thoracic spine mobility required to perform the lifts correctly also comes in handy for sports requiring an athlete to move well. Kinesthetic awareness or the body and limbs as related to space is also very high. This simply means that the weightlifter is able to move the body rapidly around the bar, and all the while they know exactly where they are in relation to the bar. Watch the sport of football and you will see how important it is for the athletes to know exactly where they are in relation to the ball and potential threats. The last reason that Olympic Weightlifting is superior for athletes is when compared to Powerlifters researchers found that Olympic Weightlifters had significantly larger Type IIA Fibers even in the pectoral region. This one actually blew me away, but never the less that’s what the research says. 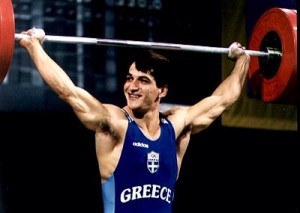 Now let me tell you why Powerlifting is also great for sports. I want to say right now that I love my fellow Powerlifters, and I am grateful for what the sport has done for me. I am just stating facts not opinion. The one place that Powerlifting ranks second to none is developing Absolute Strength. Absolute Strength is simply one’s ability to move mass through space. Can you lift some heavy stuff or not? Powerlifters are simply strong! There is no denying that fact. Powerlifting is also superior for getting jacked! What I mean is that Powerlifting will produce more hypertrophy due to there being more time under tension. Hypertrophy is a fancy word for muscle growth, and for a significant amount of this process to take place, the muscles have to be under tension longer. The Olympic lifts are so fast that very little time under tension is taking place, but you will notice a lot of Olympic lifters with huge legs and butt. That is normally from all the squatting that they do. This hypertrophy will also cause another quality of Powerlifting, and that is the ability to gain some body weight. This factor is super important for athletes like Football Players or possibly Rugby players. Dan John makes another interesting argument for the Powerlifts, and that is there “bulletproofing capabilities”. He explains that by saying the heavy Powerlifts ready Football Players for the field of battle. Most Powerlifters have huge traps, backs, chests, and legs which gives them a slight advantage when it comes to taking or giving those huge hits on the field. 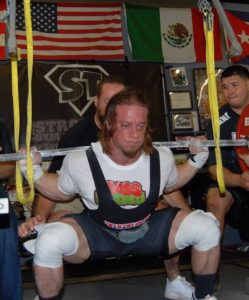 There are several debated topics that surface from both camps. The first is the highly debated low bar vs. high bar squat debate. For all of you that don’t know the low bar squat is a technique popularized by the Powerlifting world where the bar sits low on the rear delts shifting the center of gravity closer to the mid-line of the body. Of course this allows the lifter to use more weight, but it doesn’t necessarily make you stronger. It just gives you a biomechanical advantage. The big negative is that it puts your back in a horizontal position placing higher sheering forces on the spine. Low bar will also cause the lifter to barely go below parallel (crease of hip to the top of knee)because of the forward lean. The extra tension is great for strength, but terrible for mobility. The high bar is superior for training athletes for several reasons. First, I want all of my athletes to be the most mobile guys/gals on the field of play. I want the squat to be butt to the floor with a vertical back, so my 300 lb linemen are also agile. If you want to get a lineman to college, make sure they are mobile. Also when your high bar gets stronger, so does your low bar. It doesn’t however work in reverse, so it doesn’t make sense to train it. The longer range of motion will also cause more hypertrophy which is obvious when you see an Olympic Weightlifters legs and butt.

A big topic debated is the time it takes to teach the Olympic lifts. This is laziness! Take the time to learn to learn how to teach man! I can teach almost anyone how to do a clean in about 20 minutes, so that is a terrible argument. I agree that we as strength coaches shouldn’t spend the whole session on the Olympic lifts, but if you schedule 15-20 minutes per session to teach the lifts, your athlete will catch right on in no time. The other problem that coaches have with teaching a lot of the lifts whether Power or Olympic is the risk of injury. That is a terrible argument as well. All the lifts are safe if performed properly. Having the ability to screen and asses is a big part of being a strength coach. If someone can’t perform a Snatch, your job is to find a way to get them there. Maybe they need more thoracic spine mobility. Then your job is to get them more mobility in the Thoracic spine.

The perfect program would use both Olympic Weightlifting and Powerlifting optimally in a program designed to improve the energy systems used in the athlete’s chosen sport. Learn as many techniques, skills, and fields of strength and conditioning as possible, and then learn how to apply them optimally and safely. This is what makes my industry awesome! The fact that we can always learn something new! Embrace that! Never stop learning!

For more information check me out at:

Or email me at:

Complexity of the Human Body – The Barbell Life 397