Things on Earth are Earned! Not Given! 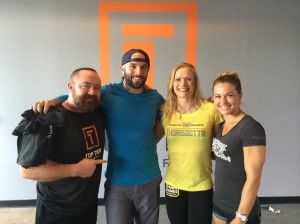 This weekend, I was blessed with having the weekend with my wife and newborn baby son, Rock. I spent most of the time loving the two of them. We were watching the “Today Show” on Friday morning. They were talking about the Microsoft CEO making a senseless statement when asked about the fact that women in the same position as men make about 80% of the salary the man is paid. At a women’s tech conference Thursday, Nadella said that women not asking for a raise is “good karma” and that “the system will give you the right raises as you go along.”

As I agree the comment was senseless, I believe that most people nowadays have it all wrong. The phrases “ask for” and “should be given” are all wrong. It also doesn’t matter what title or position that you hold. It’s all about what you earn. I am all for people getting paid what they earn. I spend my time with people that are giving their all to earn the place in life that they have a passion for.

This weekend, I had the honor of giving a seminar at the Grand Opening of Top Tier CrossFit in Winston-Salem, NC. I was there with Christmas Abbott and Annie Thorisdottir. These are two women that have earned their way in life. Christmas and her fiancé Josh are dear friends. They are remarkable people that are always so nice and down to earth to hang out and spend time with. Christmas is at a different event somewhere in the country every week, and yet every time that I see her there is a warm smile on her face and a kind word from her mouth.

Annie Thorisdottir, 2 time CrossFit Games Champion, spends every day of her life training harder than the rest to earn the title of the World’s Fittest Woman. No one gave her anything! She didn’t ask for anything! She earned it, and continues to do the same thing. Yet she still made time for every fan yesterday with a smile on her face.

You don’t see either one of these women asking some man for a raise, or complaining about someone not giving them a raise. These women are earning their pay raises, and nothing is getting in their way. As a father of a woman, I want equality for my daughter. If she is outperforming a man in her position, then I want her to have a raise because she earned it.

My good friend, Coach Joe Kenn, Head Strength Coach of the Carolina Panthers says it best. His first job was assistant Strength Coach at Boise State University. He didn’t make much money, and he longed to get a better job to better support his family. He spent the first few months of his new position applying for other jobs with no luck at all. Then he decided to make the best of things. He developed the Tier System, and the athletes at Boise State starting getting yoked. They started winning games!!!! Then the job offers started rolling in because he made himself valuable. Nobody gave Coach Kenn anything. 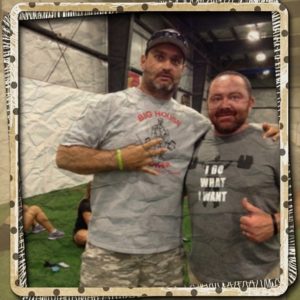 Coach Kenn tells all of us to consider whatever job you have as the best job in the world. He says to act as if it is the only job that you will ever have and give it your absolute best. If you do this, you will never have to fill out a job application sheet ever again. Coach Kenn built value by using his creativity to build something that made him irreplaceable. I tell this to so many people that I meet, but so few of them actually get it. We simply live in a world of entitlement, but that is a false sense of entitlement that will lead you into a world of regret and misery.

I surround myself with people who earn their way in life. My athletes bust their tales day in and day out to earn their way in life. Just this weekend several of them competed all over the world, and they all represented the Mash Mafia Team like champions. Kristen Pope earned her position for the American Open. Dylan Cooped clean & jerked 165k/363lbs as a 17 year old kid. These are just a few highlights.

The athletes at Muscle Driver USA along with the owner and staff work to earn their way in life. We want to be the best equipment company in the world because we earned it. The owner Brad Hess built the company from nothing. The rest of us work hard at doing our parts to continue the success, and we are all paid because we perform. This is the way that I want my children to understand the way success works.

Parents give their love for free, and husbands should love their wives like Christ loved the church. Both of these loves are not earned. The only other place that love is given and not earned is with Christ. Success on earth however, is earned!

Highlights:
• Success is earned not given
• Treat whatever job that you are at as the only one on earth
• Don’t focus on the position that you are in! Worry about performance!
• Build value with action and creativity
• Value makes one priceless and irreplaceable

Online Coaching can be used for programming, video analysis, coaching, and peer guidance. Check it out below:

Join one of the Online Teams to reach your goals and your dreams! See below: