Below is the single best blog that I have ever posted written by Mash Mafia Family Member, Cooper Hanson, representing from Alaska. I love this boy with all my heart, and look forward to his return home one day soon. Get ready to be enlightened! Enjoy!

The Single Most Important Thing I Have Learned From Travis Mash 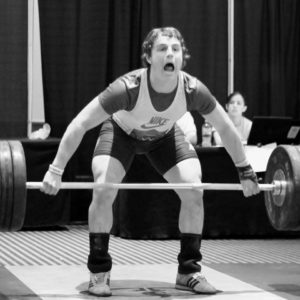 As I sit here trying to figure out the best way to start this article, I am being flooded with thoughts of everything I have learned from Travis. I was fortunate enough to spend 11 months at Mash Elite Performance being coached by Trav, and learning as much as I could. I learned a variety of things ranging from ways to get your back tighter than you thought was possible to simple techniques to rehab an injured vastus medialis (VMO). I could ramble off a list three pages long about the importance of a proper back squat, how to increase your deadlift, or how to strengthen overhead positions. Although all of these things would make for a great piece of reading, I do not consider anything more important than the lesson Travis taught me about mindset.

In my opinion there is no coaching cue that I learned from Travis more important than “You make this lift”. There is nothing that needs to be said once Travis would come into the gym and let everyone know, “It’s time to get right”. I remember a day when we were doing a 1RM deadlift off the blocks. I attempted to pull 585 (6 plates) and failed. Trav asked me why I missed and I said, “I felt like my form was gonna break so I quit pulling.” After a few headshakes, Trav looked at me and said “Bro, it’s a MAX… sometimes you just gotta do what you gotta do.” Sure enough i managed to pull it. Neither Travis or I will ever tell someone that compromising their form is a good idea, but it is the simple concept of being able to dig deep and pull out a rep when you seem to hit your stopping point that will make or break a lifter.

The next part to the lesson of mindset is about fear. Fear is something that every lifter deals with early in their lifting journey. While at Mash Elite I believe I went through this phase. I constantly was cutting myself off with pounds to spare. At that time, I thought I was doing myself a favor by leaving a little in the tank. When I began training primarily powerlifting, Travis made me realize really quickly that there is no sense in not pushing yourself to the limit. I was squatting low bar for the third time ever in my life. When I hit a 15 pound PR of 405 pounds for five reps fairly easily, I decided that was a good place to stop. As i started to unload the weights for my down sets, Travis asked what the hell I thought I was doing. I said “Doing my down sets.” He asked why I didn’t want to go up and I honestly couldn’t answer. With a disgusted look on his face, he left me to complete my workout on my own. About 20 minutes later Travis deadlifted 610 pounds for 3 reps, pausing the first rep at his knee. As he slammed the third rep down onto the ground he turned to everyone in the gym, pointed at me and said, “THAT is why I am a world champion. I don’t care about my back, my hip, NOTHING. I JUST LIFT WEIGHTS.” At the time this made me pretty upset but about an hour later, Trav sat me down and explained what he meant. He explained to me that in his day, If one of his coaches told him to put more weight on the bar, there was no questioning it. Travis told me he never once in his career ever let anyone beat him in anything. He said this not to brag, but to highlight the idea that the only fear you should have is the fear of coming in second place. 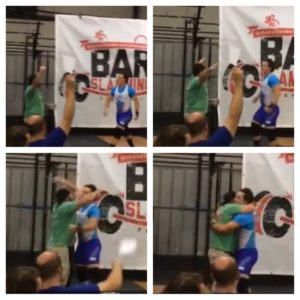 I have been chasing a 500 pound squat for a few months now. My goal was to do it before I turned 19 on May 14th. On a Saturday, I was squatting with another one of my role models from North Carolina, Kevin Nason. When Big Kev shows up to squat you basically have no choice but to PR. That day, there wasn’t a squat that was a struggle for me. I worked all the way up and smoked a PR at 475 pounds. My goal was to squat 500. Attempting 500 scared the absolute hell out of me. This was my moment when I had to decide between letting fear hold me back, or deciding to let myself lift fearlessly. I put it on the bar and attacked it. I got to the hole, came up about two inches and stopped. Big Kev helped me up and I reracked it. I missed, and I didn’t reach my goal. However, this attempt made me happier than any previous PR ever did. For me, it was proof that I did not need to be scared of any weight. I had made a decision to not let myself be held back by fear of missing, or fear of trying something I have never done before.

Travis told me “The reason most people lost to me was fear. They let the weight scare them, and I refused to be afraid.” This is something that I will probably never forget. Above anything else I learned from Travis, he taught me that there is nothing to fear. He taught me the man who goes onto the platform or into the gym and attacks the weights fearlessly will become a champion. Get your mind right, and be fearless. Be a champion.