The Most Important Meet in Our History

We are less than a week away from what looks to be one of the most important meets in the Mash Mafia’s history.

It’s wild that the American Open Series 3 is that important. But since it’s the last qualifier for the Senior World Championships and the Youth World Championships, it’s now the most important domestic competition of the year. When you throw in the fact that it’s also one of the qualifiers for Junior Worlds (and let’s not forget that a lot of people are competing for a chance to go to the American Open Finals), you get an idea of why there are currently 1642 people registered to compete.

Personally I love these meets. The environment is fun and exciting. Athletes get a chance to compete with their favorite high level weightlifter in a meet run exactly like any other national meet. Historically my team loves these meets, and we normally flourish. Weightlifting is a lot like baseball, so all of this can change in the blink of an eye.

Is 1642 too many competitors? No way, I love it. You know why? Think how many people will attend the A sessions to watch the big boys and girls battle it out. Did I mention this World Championships is the first meet counting for scoring points towards the Olympics? That makes the AO3 the most important domestic competition so far in the 2020 Olympic Quad. Just writing this, I am getting so jacked I can hardly stand it! 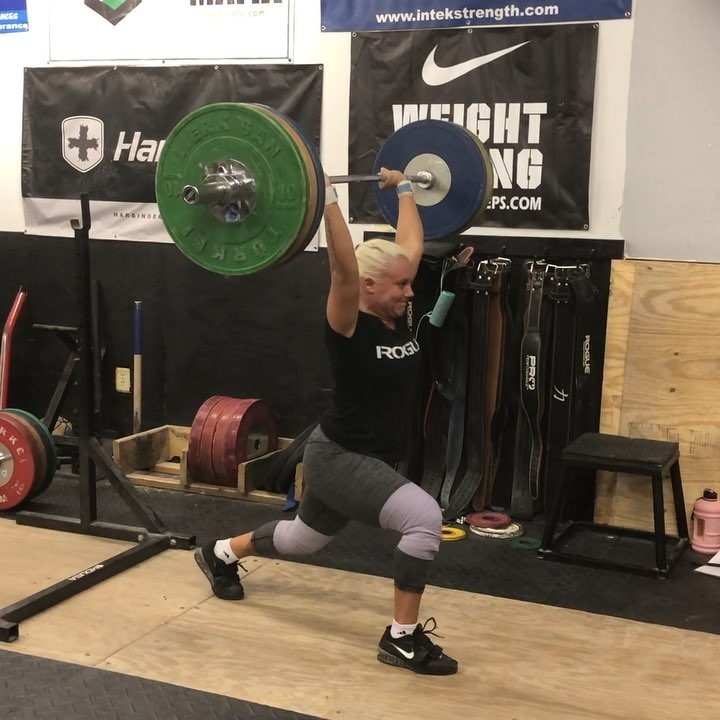 USA Weightlifting has made so many improvements since the 2016 Olympics. Our athletes are better than ever. The services provided to our athletes get better every year. For the first time, USA Weightlifting is focused on supporting our superstars to win medals at major international competitions. The culture as a whole has shifted. We are no longer satisfied with simply making an Olympic Games or World Championships. We are trying to win. The very language used at conferences and meetings has changed. Thanks to people like Phil Andrews, Mike Gattone, Pyrros Dimas, and the entire staff at the corporate office in Colorado Springs, we have our sights set on gold medals.

Thanks to these folks, coaches are now armed with the countless benefits of the sport when talking to parents:

It sure makes my job easier when I am trying to recruit new athletes. Yes, a lot of these benefits are for the top athletes, but that’s the way it goes in any sport. How many football players get scholarships to major D1 Universities? Not many except for the top 1%.

There are benefits for the sacrifices of training and practice. Athletes simply need something to work hard for with real benefits in the end. Not everyone will make it, but that’s what is so beautiful. Either way, a coach is given opportunities to teach athletes about the real world. You either get a chance to show an athlete the beauty of hard work through accomplishment, or you get the chance to teach an athlete how to persevere and get better after coming up short.

I’m sure at the AO3 that I will get the chance to do both. We have 22 athletes competing in Las Vegas, so Coach Crystal and I are going to be busy. Coach Crystal has the lineup, so I am just going to highlight here a few of the important preview points from our onsite athletes. It’s going to be wild, but I think we are ready.

The most important session of the weekend for us will be the 64A Session with Hunter Elam. I don’t know what fate will have in store, but I do know how hard she has worked. I know she exemplifies my favorite attribute of great athletes, and that’s being a master of the mundane.

After the National Championships, she had a little too much fun and gained up to 74kg. She started working with Coach Jacky Bigger from our Eat What You Want Nutrition Coaching Program, and now her nutrition is on point. As of yesterday, she was sitting at 65kg first thing in the morning. That’s a 9kg (around 20 pound) difference. Her strength is better than ever, having snatched in training 100kg for a PR and clean and jerked 121kg for a PR.

Get nutrition coaching from the Mash Mafia.

* Expert Coaches to Guide You

She sleeps a minimum of ten hours each night. I think sleep is where most athletes come up short. There are simply too many distractions with smart phones, laptops, and television. Athletes can find themselves buried deep in a rabbit hole before they even know it – and suddenly it’s 3:00 AM.

She warms up perfectly every day. She goes to her physical therapist, Lee Howard, each week to keep her body functioning perfectly. She has a mobility plan that she follows each day at least once (and sometimes twice) per day. She follows our program 100% like it is written. If she has a question or concern, she lets me know, and I address it.

Does this guarantee that she is going to win? No way, but it does mean she can approach this meet with no doubt that she is as prepared as possible. Do you know what that does for her confidence? I do because I was a prepared athlete as well. When you enter a meet having done everything possible in preparation, you feel like there is nothing you can’t accomplish.

I don’t know what’s going to happen, but her story should ring in the ears of each and every athlete out there. A year ago, no one but her close friends knew about her. When coaches and fans discussed Team USA, here name was never mentioned. I’m not saying she is 100% going to make the team, but you better at least be discussing it. If she puts up what she is capable of, it’s going to be hard to keep her off the team.

This will be Meredith Alwine’s first meet competing for Team Mash Elite. A lot of you probably know she is already a force to be reckoned with, as she comes to us after earning a silver medal at Junior Worlds. She has her hands full going head to head with America’s sweetheart, Mattie Rogers. The main goal is to earn a spot on the Senior World Team to start earning points toward the Olympics.

Meredith has unlimited potential. We just need to work on consistency with her movement and tighten a few things up.

15-year-old Hannah Dunn will be competing to protect her spot on Team USA for the Youth World Team. Just yesterday, I believe Hannah took major steps toward becoming a fierce competitor.

I can sometimes be a demanding coach. I’ll admit one truth about me: I sometimes forget the ages of my lifters. She’s a 15-year-old little girl. How many 15-year-old girls do you know who can clean and jerk 200 pounds weighing 130 pounds? However, athletes don’t come to me for a coach with low expectations. They come to me to bring out the absolute best in them, and that’s what I am going to do. Hannah has her work cut out for her in the 59kg youth class, but I believe she is up to the task.

My two youth superstar boys, Morgan McCullough and Ryan Grimsland, are sitting pretty locked on the youth squad for Junior Worlds – but you never know when some other freak out there will launch onto the scene. Personally, we never feel comfortable. We have plans for bigger totals and hopefully American records. Plus both boys are looking toward a possible Junior World Team as well, so there’s work that needs to be done.

Nathan Damron and Jordan Cantrell also look to up their totals a bit higher to keep them locked for the all-important Senior World Team. Both men have worked hard to battle back from some minor injuries. At this point in their careers, it’s important to peak them wisely. Our main focus is the Senior World Championships because it is important for them to place as high as possible in regards to the Olympics. We will do a soft taper for the AO3, but we will continue to push on toward the big dance. Jordan’s strength seems to be increasing quite a bit lately, so it should still be interesting.

This will be Jared Flaming’s first meet where he’s shooting for a Junior World Team. Our goal is to total as closely to 300kg as possible and then crush it at Junior Nationals to lock-in a place on the Junior World Team. Jared has improved more than anyone on our team since moving full-time to the Mash Compound. We’ve worked diligently on his jerk and his timing in the other lifts. We are looking for a major total at this meet. But more importantly I am looking for consistency in his lifts.

This will be Terris Robert’s first competition with Team Mash Mafia. He’s also only doing a soft taper because we are looking to peak at the America Open Final. I believe that with some consistency, Terris could be a national medalist and possibly make an international team in the next couple of years. His movement is beautiful (with a ballerina mother, that makes sense). Like most people new to the sport, we have to work on perfecting his timing, which comes with time, feedback, and practice.

We have several others competing, but these are the ones from the compound. I will of course give a full report on the entire team after the meet. This meet promises to be full of some major battles. It should be lots of fun. Check out USA Weightlifting’s website for the live stream, so you don’t miss any of the action!