Below are some thoughts on Memorial Day written by a true American Hero, my friend Chuck. Chuck has been working with me for over a year now, and is considered family. He has been blown up and shot, but all that bothers him are his falling comrades. Read the short blog below, and keep in mind that this guy has been through it. This is not his opinion. This is the life that he led. 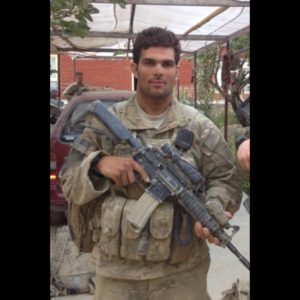 Everyone who is close to me pretty much knows where I stand on war and politics. On a day, we as Americans, take the time out off work and school, go out of town, go shopping and have BBQs, we should all remember that none of this was possible without the men & women who made that ultimate sacrifice, especially the ones who fought in past conflicts. Conflicts where the enemy and the cause was a little more “clear & concise.” These men and women are coming from a time in our country when we where worse off. They are known as the greatest generation to have lived. Make an effort to thank, sit down and listen to them because that generation will soon be gone. It will make you at the least a little humble.

This is for my brothers who are still here – take life and embrace it. Hold your families and love ones close, open up to them, and allow them to see you cry and laugh. They will not look down on you or see it as a sign of weakness. If anything, it only shows them you are human. They love and care about you. They may not know what it was like, but they see the pain you are going through. Share with them your achievements, but most importantly your mistakes! That way our children can learn form those lessons, and not have to go through the same experience. Continue to work hard to love others and make this world a little bit better than we found it. No one but you knows that it could be worse. Once it’s said and done, what do you want to leave behind? Do you want to become old and bitter decaying from your pain, or do you want to leave a legacy or carbon footprint that will echo from years to come?

If you live with that guilt, hate and anger built in your heart, just remember you are not alone. Keep pushing forward, keep working hard and don’t get sucked into that whirlpool of the “what ifs” and the “could haves.” That place where all you feel is “you should be where your friends are lying”. It’s a dark place, a place that is hard to crawl out of. Let your life honor their legacy and sacrifice. It does get better. That wound may turn into scars but allow those scars to become a reminder of what you have been through, and that life has given you another chance. Pouring salt into the wound only makes it worst, and you will never heal. Hiding from it and burying that pain deep inside will only see it resurface into something even darker. All the medicine and alcohol will only take away the surface of the pain. It is not until you take a good look at yourself and decide that you, only you, want to get better. It is not easy, at all, but it does make life a little brighter, a little easier and one day you will realize that.

For the ones who do not agree with what’s going on, so be it, it’s ok. Just do not disrespect what you, as an American, could not have done. That does not make anyone better, but what you have failed to see is at the end of the day politics, patriotism, right or wrong, oil, money and all that bull shit is thrown out the window and all that matters is that person who is fighting along next to you. It becomes about survival and making sure everyone comes home to the freedoms you neglect. That kid you spit at and curse is someone’s parent, sibling, or child. That someone probably came from nothing straight of high school just wanting to serve their country and to earn money for college. They are no different than you, and most likely they probably share the same views as you do. They just made that oath to protect you and your liberties that honestly is a not a free gift and not something you earned. That kid was thrown into a dark world where the reality of killed or be killed was very much prevalent.

This thought is not meant to offend, disrespect or bring down anyone, but to just shed a little light in a time where violence is flaring up in our own streets, and people are taking a serious look at where we are headed as a country. This country was built on the sacrifices made by others in and outside of war. As you go through today, enjoy it, but take the time to reflect on why you have the day off.