The word “culture” has become such buzzword over the last decade. The word is used in businesses, churches, and gyms.

So what is gym culture?

Here’s my definition of gym culture:

Culture should be defined by the owner and cultivated by the coach. Normally the owner and coach are one and the same, as in my case. However, it’s probably optimal for the roles to be separate. In a perfect world, someone can be working on the business while someone is inside the business coaching the athletes. Both are full-time positions, but it’s tough to find good fits for each.

There was a time I thought “culture” was simply a buzzword with little to no value. I thought I would fill my gym with athletes, coach them up, and they would be great. Luckily I have the ability to draw athletes, so I did it. I started a gym in Advance, NC, and within a year or two we were filled with over two hundred young athletes – mostly high-school-aged. If you’ve never heard of Advance, NC, don’t sweat it because that’s my point.

However, filling a gym with athletes is one thing, while keeping those athletes and forming an optimal environment is another. The first thing I want to do is to define the real benefits of forming a solid culture as it relates to the bottom line and creating amazing athletes. If you understand the benefits of a great culture, you might be more inclined to work hard at developing the culture which fits your goals. 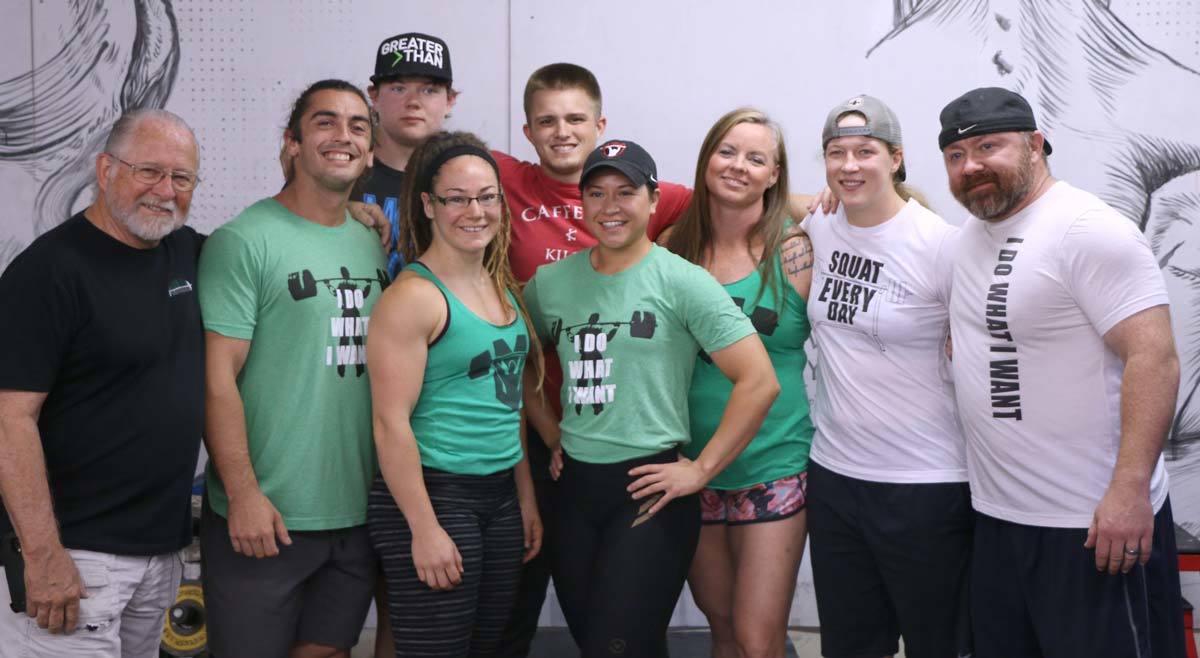 Benefits of a good culture:

This five-part clinic series stands above all others as the most comprehensive event for coaches and athletes alike. Level up your knowledge of technique, programming, business, and coaching.

LEARN MORE ABOUT THE SUPER SERIES

In 2017 I had a massive team. At the 2017 National Championships, I had more athletes than any other coach. I thought I had a great team, but all I had was a lot of good athletes. There’s a big difference! I had collected a lot of talented athletes with no consideration for culture. I hadn’t even considered the kind of culture I wanted to nurture. Therefore I nurtured a culture of chaos. It was a lesson I will not soon forget.

It was Sean Waxman who brought this to my attention. It’s funny he could see my gym imploding all the way in California. Luckily I have a friend like him who’s not afraid to tell me the truth. He told me I was going to have to make some really tough decisions, or my entire gym was going to fall apart. It wasn’t long before I could see the exact thing he was talking about.

To make a long story short, I decided to define my culture, to eliminate the athletes who didn’t fit, and to continue to nurture my desired outcome. Most coaches wait their entire careers for just one Team USA athlete, and I needed to get rid of several. This was the hardest task of my life.

But when I defined our culture and cut some people, things improved. Our culture is now one where people strive to be their absolute best, and their actions match their goals. We have an atmosphere where everyone gets along, and there is absolutely zero drama tolerated. We have produced way more Team USA athletes with way fewer top ranked athletes. Most importantly, I love the gym again – and I love my athletes again.

You don’t have to be a Team USA athlete to train at our gym, but you do have to want to be the best you can possibly be. Last year in 2018 we had four athletes at the World Championships. In 2019, we have eight including our international athletes. We have cultivated an environment where people succeed. We don’t tolerate excuses anymore for anything. If you miss a lift, it was no one’s fault but your own.

For all of you trying to run a business, this environment is one people want to be a part of. It means more members – and more importantly, it means more happy members. It’s in this environment that relationships can be cultivated because we are all on the same path. I am not saying everyone is trying to make the Olympics. I’m saying everyone is trying to become the absolute best version of themselves, and that is relatable among all my members.

Courtney Haldeman is one of my newer lifters. She’s also in nurse practitioner school. She might not end up in the Olympics like Hunter aims to be, but they both come in and give it their absolute best. The common goal is something they both can rally around. It’s in this culture they have become the best of friends. It’s all I ask of any of our members – to give all they have to give. I want them to learn lessons which will carry over in life way after sport is no longer a part of their personal lives.

When people are in an environment that fits their personality, with all the necessary tools to help them reach their goals (coaching, equipment, and team support), they will tell others. Those people will be their friends and coworkers who are like-minded, so now your gym/team will grow with people who are more likely to fit your culture.

Of course you will need to continuously remind your team/members exactly what the culture is, and sometimes you will have to coach your team members up on the culture – helping them grow into better athletes and people. It’s the biggest part of coaching in my opinion. People will always make mistakes. A good coach sees mistakes as opportunities for growth.

A defined culture filled with members referred by team members will grow a gym filled with people who feel at home. It’s in this environment very few people will ever quit. Therefore retention rates will be high, which is where most gyms fail. If we would only focus half as hard on keeping members, there would come a time in all of our gyms where new members would no longer be needed. If we would all focus on the culture of our gyms, we wouldn’t have to put as much effort into marketing and advertising. We could focus on what we love, which is coaching up our athletes to be better men and women.

Part of Something Special

My main point is the most important thing I want you to take away today – if you want to create something special which people will want to be part of, you have to focus on the culture of your gym. At this World Championships, I have eight athletes – four from the United States, one from Great Britain, two from Denmark, and one from Ireland. I’ve had three international athletes from Australia, one from New Zealand, and several from Canada. My point is we have created something special at Mash that people from around the world want to be a part of.

This has been a dream of mine since I started Mash Elite. I want to positively affect people from around the world with my love of the barbell. I want them to experience the same growth I have as a human. I want them to set big goals, focus on reaching those goal, exceed those goals, and them apply what they’ve learned to life.

Culture can help you create something much bigger than a gym. Westside Barbell is no longer a gym. It’s a way of life. I don’t share their same values, but I definitely desire to leave an impact on the world much like Louie Simmons has done. My favorite compliment ever was by Coach Joe Kenn, when he said I was becoming the Westside Barbell of weightlifting. Those are some big shoes to fill, but I definitely hope to influence the world outside of my gym’s four walls. I want the world to see the beauty of the barbell. I want the world to see all the lessons that can be learned from the piece of steel in their hands.

This five-part clinic series stands above all others as the most comprehensive event for coaches and athletes alike. Level up your knowledge of technique, programming, business, and coaching.

LEARN MORE ABOUT THE SUPER SERIES

If you want to create something special, you better start focusing on the culture of your gym today. I am going to tell you just like Coach Waxman told me. If you want to build a place that is sustainable for athletes, you better pay attention to what’s going on. Athletes will come and go as they get older or lose interest, but you are there to stay. You better like what you have created, or nothing will last very long. I hope all of you will create entities that will last several generations after all of us are gone from this earth. That’s the real test.