The 3-Day Mash Camp is happening at the Compound July 8-10. Max Out Friday and Dinner with the team on the 8th, seminar on the 9th, and meet seminar followed by a sanctioned meet on the 10th. To find out more, check out the link below:

It was a moment that I will never forget. I can honestly say that I have never been more proud to be an American than at that moment, and then listening to the National Anthem was simply overwhelming. I believe that all Americans that love Olympic weightlifting have been waiting for this moment. They have been waiting to say, “Do you see? We can win in this sport filled with dirty athletes that are idolized by the sport’s followers.”

Maybe people will see that these so-called great athletes aren’t so great. When a 16-year-old drug free athlete can come in and beat them and take their records, maybe they are not as good as all of you think. Maybe their coaches aren’t as good as everyone thinks.

I believe that there are more kids like CJ around the United States that would simply dominate this sport, and they would do it drug free. Call me an arrogant American all you want, but I believe that our athletes are simply dominant. Look at the way we win the Olympics on a whole. The other sports have simply found better ways to identify potential athletes, and they have better funding to attract these athletes. 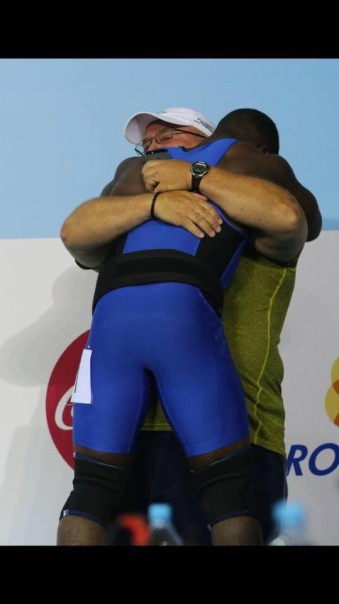 I believe in this sport more than ever. I just know that we can put our heads together, and begin to make a difference in this sport. The fact is we have athletes right now that could compete at a high level internationally. We just need to support them better. Shoot we had Megan Seegert finish 6th overall with a couple of chances to finish higher, and we had Jourdan Delacruz finish 5th with several chance to finish higher and medal.

We have several already in our talent pool that could medal at an International event. I know because I have a few of them. We just need all the coaches and support staff to believe that, and we need people to support the athletes better. We have to change the mindset of USA Weightlifting, and we need to change it now.

We have to quit trying to “make the Olympics”. We need to win. We need to quit idolizing these drugged up athletes, and start beating them instead. I believe with zero doubt that we can and will start to win more often at this International level.

The mindset is shifting. It’s time that we all start to shift. We still have several to go, and we still have a few chances at the medal stand. Let’s get behind these athletes, and let’s start believing in them. Let’s quit looking up to these foreign coaches that coach these doped up athletes. Coaching a doped athlete to the medal stand isn’t that cool especially when they are competing against clean athletes.

We have coaches, exercise scientists, and athletes right here in America that can get the job done. I am super proud to have been a small part of this historic week at the Junior World Championships. CJ’s coach, Ray Jones, is an amazing man. His love for CJ as a person is the most impressive part of him. It has been an honor to coach alongside him and Ben Hwa of Hassle Free.

I hope that all of you reading this can hear the determination in my voice through these words. I am more dedicated than ever to being a part of a revolution in American Weightlifting. We have a CEO, Phil Andrews that is young and hungry to make big changes. He wants medals too. He’s not making excuses. He’s looking for answers, and that’s what we have needed for a longtime.