I started Olympic weightlifting as a sport back in 1996. My first coach was Wes Barnett, two-time Olympian. Back then, I never heard about the ongoing debate between catapult and triple extension. People had their own tweaks on technique, but basically it was all just weightlifting. Around the beginning of 2000, my father was diagnosed with terminal lung cancer, so I made the decision to move home. 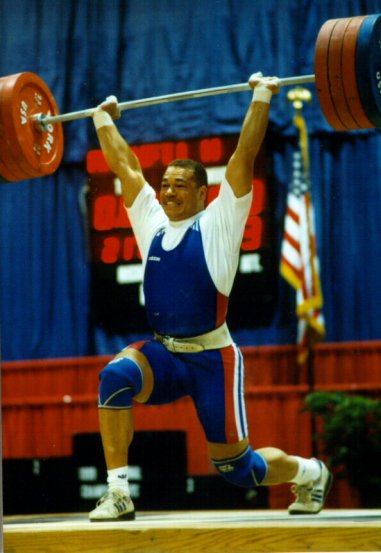 Moving home meant that I would step away from the sport I loved. There were no CrossFits on every corner like today. There was simply no place to train, and I still needed a coach. With all of these facts staring me in the face, I decided to give powerlifting a try. I went on to win the world championships three times, but I still missed my beloved weightlifting.

As I got deeper into the sport, I started watching videos and researching the major players in the sport. Of course the first people that popped up were Jon North, Donnie Shankle, and Glenn Pendlay. I started reading about this new debate of catapult v. triple extension. For the longest time, I was totally confused. Was there really a new technique that was better? 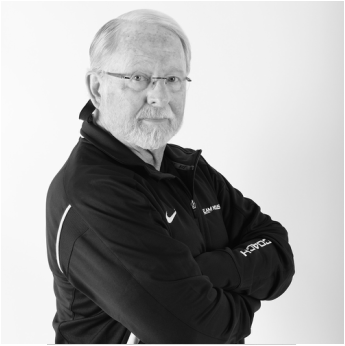 Over the last four years, I have been blessed to work with Don McCauley, the inventor of the term “catapult”, Jon North, Donnie Shankle, and Glenn Pendlay. All of these guys are in the catapult camp. I am also friends with Sean Waxman, Greg Everett, and Chris Wilkes. All of these guys consider themselves in the triple extension camp.

I have managed to stay away from being labeled either one. I consider myself a weightlifting coach. My goal is to teach a lifter how to get the bar from the floor to overhead. I have realized that there are many types of lifters in the U.S. There are many different body proportions, so a one technique fits all approach is probably a bad idea.

I decided long ago that I would probe these coaches and athletes until I understood exactly the technique they were teaching and why. Here is what I have come up with: they are both trying to do the exact same thing but with different cues. I am sure that they might disagree, but I have hung out with each of them more than anyone else.

Most people just choose a camp and stay with it. I believe that one of the secrets of my coaching success has always been my willingness to learn from everyone. That trait allowed me to better understand both camps. Here is what they both agree on:

• The shoulders start higher than the hips. However “how much higher” is the debate.
• The back has to be set tight before beginning the pull.
• The bar must stay close to the body during the pull.
• The power position is the bar met with the hips, knees bent, and the shoulders are above or behind the bar with a vertical torso.
• Speed underneath the bar is imperative.

Almost everyone agrees on these rules of technique. However, there are a few things that are in debate:

• Jump and shrug at the top v. open the hips and shrug down
• Bar slide up the hips v. slightly off the hips
• Brush the hips v. a more aggressive contact in the second pull
• High butt start v. low butt start
• Elbows out with long arms v. a slight bend being acceptable
• Staying over the bar until it reaches the knees v. higher on the thighs

Let’s look at two of my lifters from Team Mash Elite. Dylan Cooper and Nathan Damron are both Junior National Gold Medalists, and both of them are on their way to the Junior Pan Americans. Both of them are great lifters getting better every day, but they do it in two different ways. Let’s look!

• He starts with a higher butt because he has long legs and a shorter torso. His shoulders and hips rise at the same time, but the hips are fairly high.
• He makes a more pronounced finish at the hips.
• He jumps back slightly

• He starts with his hips lower and chest up. His femurs are super short with a longer torso making this style perfect for him.
• Nathan is more of a brush at the hips.
• He finishes straight up and straight down.

Both of them are progressing at arguably the same rate. Both of them are progressing quickly, and both are on track to break Junior American Records. Should I try to make one lift like the other? No way! I watch so many coaches trying to fit a square peg in a round hole. I am going to learn the verbal cues from all the coaches, so that my toolbox is endless. I will keep using cues and techniques until one fits. However, based on the proportions of the lifter, some things are quite obvious.

Here is my conclusion. All of the coaches in America are trying to accomplish the same things. We all see the slow motion videos from Hookgrip, so we know the facts. We know that the bars never go much higher than the belly button, and then it is time get under them as fast as possible. How we peak them and how we go under them is where the debate lies. However the fact remains that the greatest lifters look very similar, so what are we really debating? Semantics!

I have had two coaches impact me the most: Wes Barnett and Don McCauley. One is triple extension, and one it catapult. I guess that makes me triple catapult. I don’t care what you call me. I will do whatever it takes to help my lifters reach their goals. I hope this clears up the debate. It might have confused you more, but the intention was to pull back the veil.