I know a lot of you have gotten a kick out of Coach Mike Boyle and me debating unilateral v. bilateral squatting over the last month or so. However, now I am going to write about something that we agree on.

By the way it was nice being able to discuss a controversial topic with another coach in the manner that Coach Boyle and I did on the Stronger Experts platform. That’s the way that our industry can grow and thrive.

My job as a strength and conditioning coach is to take an athlete and make him or her a better athlete. What does that look like? To name a few qualities, I aim to improve athletes in the following way: 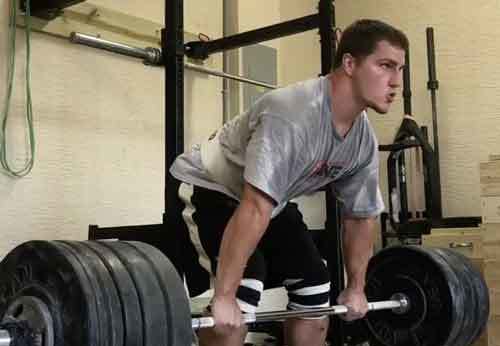 I am not a tennis coach, golf coach, or wrestling coach. I am an athletic performance coach. Unfortunately there are so many fad programs just like there are fad diets. I remember seeing someone squat 225 pounds standing on a stability ball in the late ‘90s. I thought, “Wow that has to work. I bet he will be able to squat 1,000 pounds standing on the ground.” Guess what? His original back squat went down. He simply learned how to squat standing on a ball much like someone learns to roller skate.

Then there was the HIT protocol – or multiple machines for one set to failure on each. I am sure athletes added some muscle because mechanical loading (especially to failure or near failure) is the most important mechanism regarding hypertrophy. At least that’s the latest I’ve heard out of the Chris Beardsley camp. However was that added muscle mass functional regarding sports? It was probably not as explosive as it could have been with some good old 5s, 3s, and 1s in the back squat and clean.

The sport specific people have been around for a while trying to make the training of athletes in weight room look like the specific sport the athlete is playing. If specificity is truly king, then just play the sport, as that is as specific as it gets. Not to mention, if you are only training the athlete in a way that mimics their sport, you are simply perpetuating overuse injuries. You are neglecting overall athleticism and further creating more imbalances. I promise, if you make the athlete a better athlete, they’ll get better at their sport.

If a scrub becomes faster, stronger, and more mobile, he or she might not become great at their sport. But they will become better at it. If you take an incredible football player and make him or her a better athlete, they will become a better football player. I’ve seen it time and time again. When I sent Cade Carney to Wake Forest in the best athletic shape of his life, he earned the starting position at running back right away.

We didn’t run around the gym with weighted football and heavy cleats. We didn’t have him carry heavy tackling dummies, which isn’t a bad idea really. We didn’t buy him a super heavy football uniform to perform specific exercises in. Here’s what we actually did:

You guys and gals know! We did the stuff that has worked for years. We used exercises and protocols with proven track records, and I individualized the program based on the five previous years of coaching him. We sent him to Wake Forest running a 4.4 40-yard dash, jumping 40” in the vertical, cleaning 370 pounds, benching 370 pounds, and squatting 550 pounds. He was a man amongst boys as a freshman.

What happens when a bosu ball-using, kettlebell-swinging (nothing against kettlebells), slide board-using athlete goes against Cade? I can tell you what happens. They’re going to crumble just like when someone runs into Tommy Bohanon at Fullback for the Jacksonville Jaguars. These guys are fast, mobile, and stable. These guys don’t bend, y’all. They do the bending.

Sometimes I believe that coaches who don’t know how to coach hide behind gimmicks because their program can’t be quantified. They can use words like: “you look awesome,” “you are moving incredibly well,” or “you’re getting stronger.” Whereas coaches like me can give concrete data to show a progression in strength, speed, and overall athleticism.

Plus there is an intangible that I am not mentioning. When I sent Cade to Wake Forest stronger than 99% of the upper classmen, what do you think that did for his confidence? As an ex-college football player, I can tell you exactly how that made him feel. He sure wasn’t scared of them, and that’s for sure. Of course he showed that during his first spring ball, earning a starting position right away. FYI he started school during the spring semester having graduated high school a semester early.

Now there is a crossover where a lot of debates get confusing. Specificity is different than sport-specific. When I am using exercises that might help an athlete specifically for their sport, I might do things like:

Specificity is fine for certain aspects of training, and the closer to an athlete’s season, the more your program might incorporate these items. However the main staples for the program will always be there in some fashion like squats, presses, plyos, and cleans. This is simply a recipe for getting someone jacked and ready for his or her sport.

What you won’t see me doing is centering an entire workout on swinging a heavy bat for a baseball player, or throwing heavy footballs for a quarterback. You won’t see me doing forty-five minutes of a wrestler throwing a life-sized dummy. However, using the dummy for conditioning might be cool, a little creepy, but cool. That’s the difference in sport-specific and specificity.

I’ve watched a lot of people argue on Twitter, and really they’re saying the same thing. They are simply calling it something different, and demanding the other person calls it the same thing. Hopefully, I’ve cleared that up as well. Specificity is cool. I mean that’s one of Coach Boyle’s biggest reasons for unilateral squats – and one that I agree on. Unilateral squats are definitely specific to several athletic movements, which make them a powerful tool for athletic performance. What he doesn’t do is have his hockey players perform an hour of swinging extra heavy hockey sticks, while wearing a uniform that is 50 pounds too heavy. For one, that’s just silly. For another, it isn’t practical, but mainly it’s simply not an efficient way to get someone athletically ready to play their sport.

If you are a strength and conditioning coach, your job is to make your athletes better athletes. Then it is up to the sport coaches of each individual athlete you work with to take that newly improved athleticism and transition it to their specific sport. For all you young coaches out there, don’t get caught up in shiny bells and whistles. It’s hard. I get it. I almost got caught up in squatting on stability balls until I saw it fail miserably.

I am not saying to not try new things, but here’s the way to go about it:

Anyways, I hope that this helps you all understand the difference in athletic performance and sport specific training. I also hope that it helps you understand the difference in specificity and sport specific. I mean one is cool and one is not, which is pretty simple. Let me know if you have any questions. You can ask on here or on Twitter @mashelite as I like to chat on Twitter. It’s my new favorite thing.