A Look to the Future

By now most of you know that a lot of changes have taken place at Mash Elite. These have been the hardest changes of my career.

Hunter Elam, Nathan Damron, and Meredith Alwine are no longer a part of our team. I am convinced that all of them will go on to do extraordinary things in the sport of weightlifting – and with their lives in general. I am satisfied with the progress they all realized while under my guidance, and I look forward to cheering on all three of them in the future. 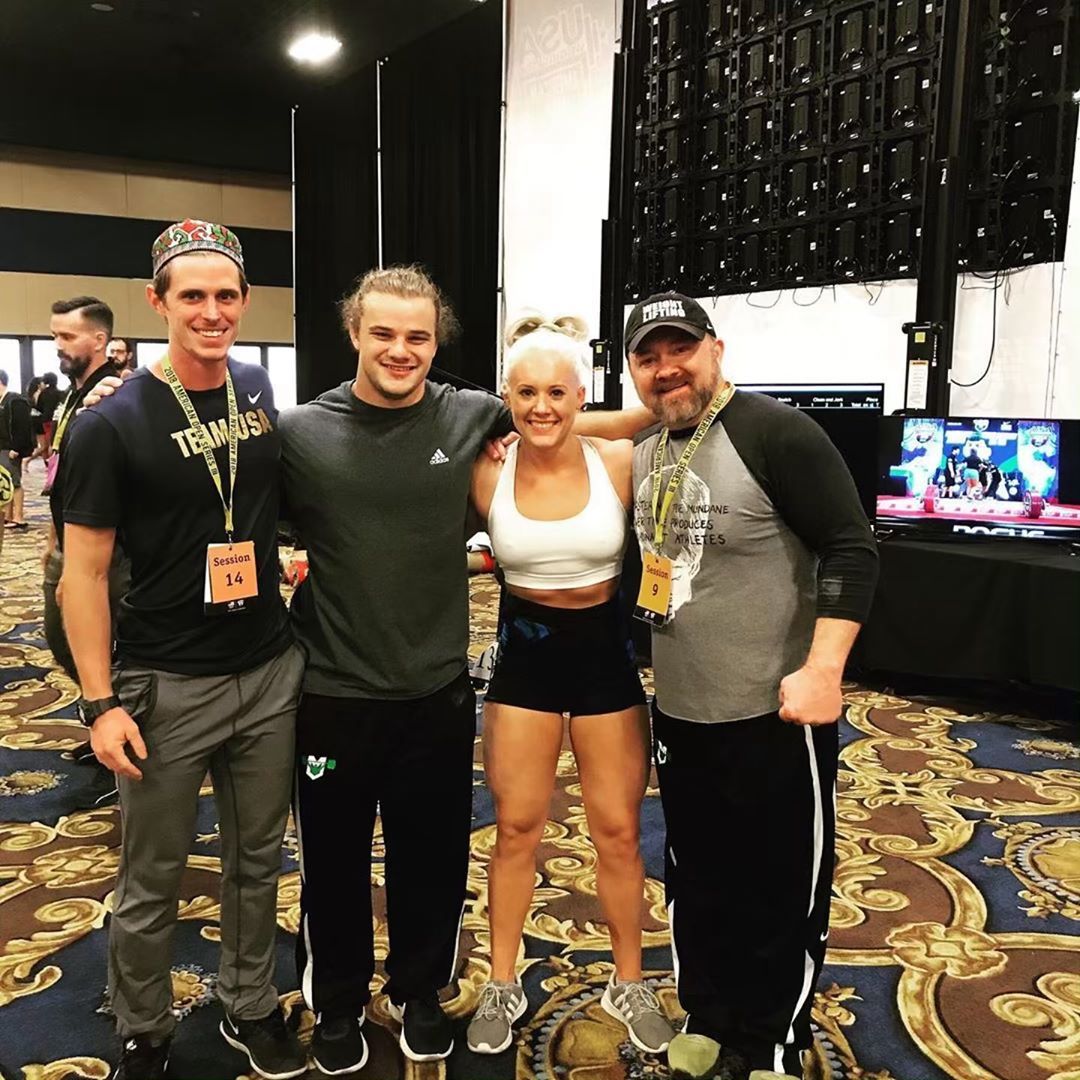 It all started during the world championships last year. The announcement was made that athletes would be required to compete six times in 18 months. This meant anyone with an Olympic-hopeful athlete was going to be very busy. And for me, things were going to get crazy.

Then I have my online team – which is amazing, by the way. Some of these international athletes are straight off of my online team, Team Mash Elite. I coach amazing youth, junior, senior, and master athletes from all over the world in places like Guam, Australia, and New Zealand. They definitely deserve better attention from me, and they’ve already started receiving just that.

This year alone, I have been to the following foreign countries:

I have visited these cities within the U.S.:

I am not complaining. It was my dream to create the best weightlifters in the world. However, a few things have happened that have changed my outlook on pretty much everything.

On February 9th of this year, my precious baby daughter, Magnolia Taylor Mash, was born. There is something about having a baby girl that changed me from the inside out. You see, I have an older daughter, Bailey Alexandra, whom I love with all my heart. Yet I wasn’t there for her like I should have been. I am not going to make up a bunch of useless excuses. All that I can say is I didn’t do a great job, and that is something I will have to live with for the rest of my life.

When Magnolia was born, it was a second chance to father a daughter properly. The biggest part of being a father for either a boy or a girl is being present in their lives. During my return from one of my weightlifting trips, Magnolia didn’t remember me. I actually frightened her, and my baby girl cried in my presence. That was the beginning of the end. I will not make the same mistake twice. 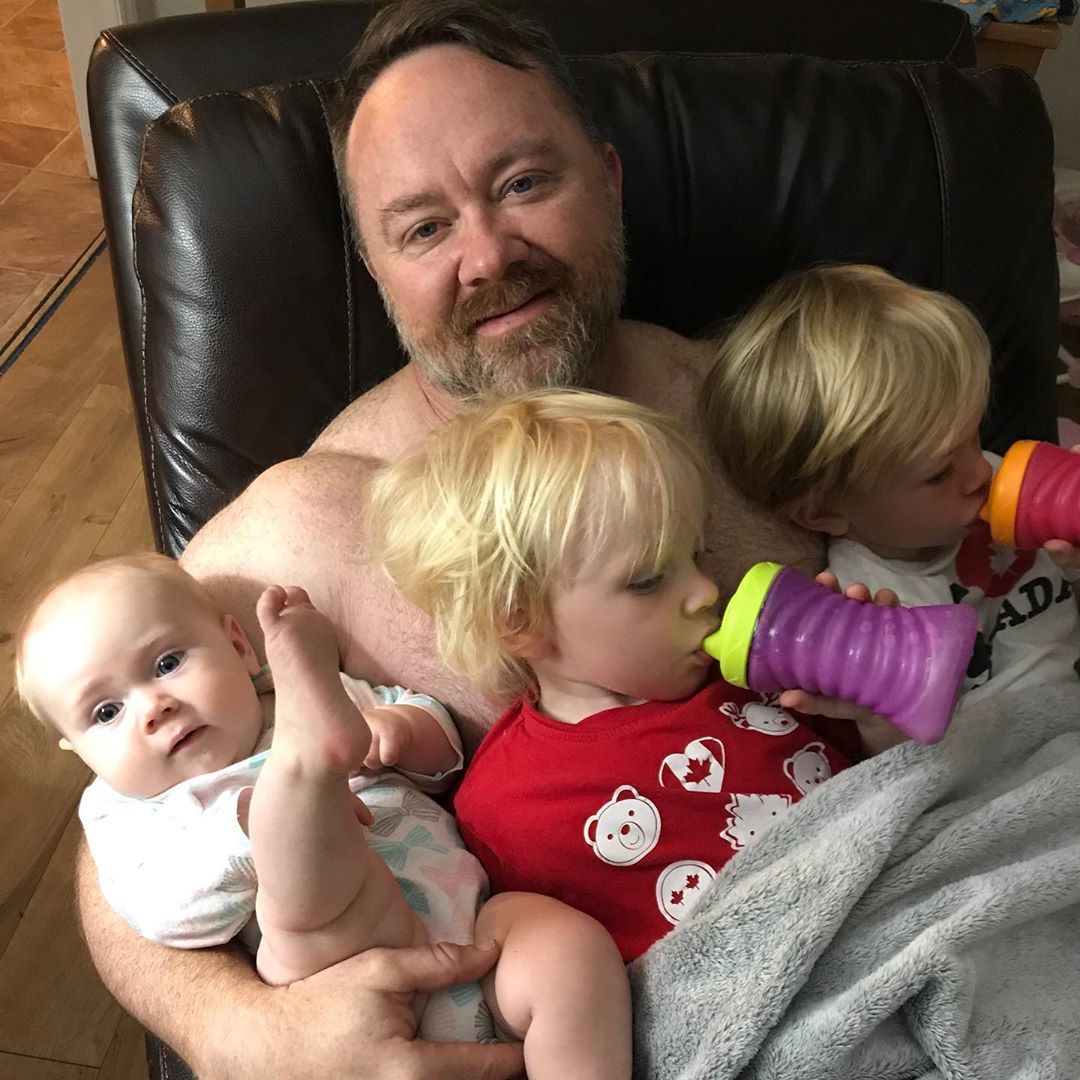 Every time I leave my family, my very soul is crushed. My sons get sad, my daughter just smiles because she is unsure what’s happening, and my beautiful wife gets upset. I just can’t, y’all. I’m not saying I won’t travel to make the world of strength a better place. I am just saying my family will be going with me most of the time, and I won’t travel nearly as much.

There’s more though. The sheer number of our athletes competing around the world and the U.S. meant that sometimes we had athletes competing at the same time across the globe from each other. I was forced to make difficult choices on where I should personally be. Fortunately, I have the best co-coach in all of America: Crystal McCullough. She has led our athletes in competitions where they performed at lifetime bests. Yet to some of them, I was choosing another athlete over them. Now some of this was my fault with not setting up proper expectations, and some of it was the fast growth of the team.

One mistake I made this year was at the Youth Pan American Championships. Originally we had three athletes qualified: Morgan McCullough, Ryan Grimsland, and Reagan Henry. However, Morgan tweaked his wrist, and we decided to sit it out. Coach Crystal was picked to go as our team coach representative – but when Morgan opted out, so did she. It was my lack of communication that sent two of our youth athletes to Ecuador without us. For that, I am very sorry. I have apologized to the athletes, and I have promised to never let this happen again. I had scheduled a family vacation during that time at the North Caroline Coast. That was also very close to the Senior World Championships. It was my lack of communication and the fact I was distancing myself from certain athletes that caused a lot of our troubles. It was during this time that rumors circled about other coaches recruiting some of my athletes. Do the rumors bother me? Maybe a bit, but dang it – this needed to happen to spark change. I believe all of it to be God’s plan.

In the last year my team lost one of its coaches, Don McCauley. That alone was tough on us all in more ways than one. We were all hurt in a way that wasn’t easily remedied with some form of Band-Aid. Crystal stepped in and has exceeded all of my expectations. But for some, change is rough. I get it – especially now. However, there is something else about Coach McCauley’s sickness that has forced me to look way down deep inside. It’s caused me to look deep into my soul and truly think about what I want out of this life. Everyday I seem to get a bit closer to figuring that out.

When I look at Coach McCauley and Coach Glenn Pendlay, I admire both men. They were able to fully focus on one thing in their lifetimes: the sport of Olympic weightlifting. Glenn used to say he was a Samurai in the fact that he spent his life mastering the craft of weightlifting. Their life was consumed with technique, programming, and their athletes. Glenn saw his athletes more than he saw his son. He loved and cared for his athletes better than any coach I have ever seen.

I have watched Don and Glenn get their hearts ripped out when their athletes would leave them. It bothers me too, but not nearly at the level it hurt them. When Dylan Cooper left, he wrote me a long text explaining his decision because he thought I might get upset and block his move to Cal Strength. Coaches can block an athlete from changing teams for about six months if they choose. My response to him was, “Dylan, I am not mad at all, man. This is just weightlifting. We are not curing cancer.” I approved his transfer right away, and Dave Spitz and I became the best of friends during the whole ordeal. I still love Dylan, and he knows that just like Hunter, Nathan, and Meredith do.

Some say that Glenn started dying the moment Donny Shankle and Jon North left his team. Some people who were closest to him say he was never the same. It was later that very year he had his stroke, which started his whole downturn. I watched athletes leave Don, and it would crush him. Personally I don’t think it’s healthy to have your identity wrapped up in your athletes. Sure it’s a part of you – but just a part. Things come and go. People come and go. Coaches, you have to be able to function with or without your athletes.

Some athletes actually like it when their coach is totally wrapped up in them as an athlete. Maybe that’s what some athletes need, but I won’t be that to anyone. I don’t want to teach athletes to be dependent on me or anyone else. That’s destructive behavior that can lead to major consequences later in life.

Besides Glenn, my friend Justin Thacker took his own life. I don’t know the whole story, but I know these facts: He was really hurt by some online accusations, he took his own life in his gym, and he died without forming a family. Once again, the gym was his family. My friend Charles Poliquin died this year also without a family. Honestly this has entirely freaked me out.

Here’s what all of this led me to understand. First, I have to do a better job of being a sample of God’s love and grace with my own life and the way I treat others. Sometimes when I coach, I feel myself reverting back to the person I was as an athlete – and I don’t like that person at all. Second, my family is going to always come first. You know what? That’s exactly what I want my athletes to see. I want them to see me loving my wife and being a father to my children, so they at least have one good example in their lives. Nothing is worth neglecting one’s family… nothing.

I also want to be the perfect coach for the athletes who I choose to keep. I want to commit to perfecting their programming and staying up to date with what they need to make teams and get stipends. But more importantly I want to do more than make them good lifters – I want to hopefully make a positive impact on their lives. And let me tell you – there is something even bigger I want to do for the sport of weightlifting. Now I am talking about the legacy I intend on leaving, but for this part I will have to leave it blank for just a bit longer. Don’t worry… I will release the news the second things become official.

All I can say is I intend on this being a new beginning for me as a coach as well as my athletes. I hope this will be a new beginning that lasts well after I am gone from this planet. However, I will go on record saying there are things I intend on improving – like communicating and producing better educational content for all of you. Of course, a big part of these changes mean less travel that takes me away from family. Crystal and I have talked about getting better at nurturing our culture now and as we grow once again as a team. I look forward to picking athletes based more on their character and less on their ability (both matter, of course).

Anyway, this is it. This is what happened, and this is where we are headed. I am going to miss my three athletes, but I wish them well. I am grateful I was forced to take a deep look at my life, and I am even more excited I am taking action. I think this is going to make me a better coach for my remaining athletes and my future athletes. I also believe this is going to make me better at providing more educational content for all of you. Thanks for reading – and more importantly thanks for your loyalty. I look forward to the future.